Tag Archive for: Corruption in Mauritania 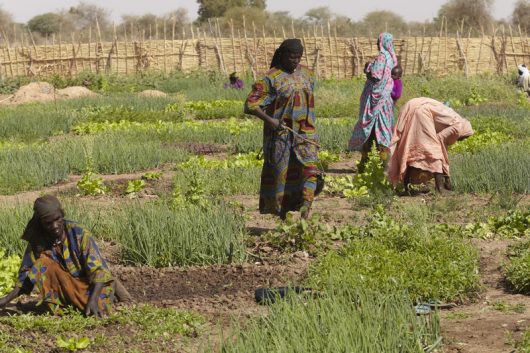 Mauritania is a sparsely populated and enormous nation stretching across a vast area of Northwest Africa. It is also cripplingly poor; about 21 percent of children under five are chronically malnourished and recent climatic changes have worsened the situation.

The causes of poverty in Mauritania are linked to both geographical inevitabilities and the immense corruption taking place at the government level. The country has experienced a dramatic 20-year drought, which has caused widespread desertification. Approximately 90 percent of the nation is now considered desert land, which has inevitably caused major problems for the small rural population that is scattered across it.

Nomadic communities have declined in population as they struggle to adjust to the new environment they find themselves in. New shantytowns have arisen as a result, which offer poor sanitation and a lack of basic water needs. Donkeys carrying containers are the main method of water transportation and failed sewage systems frequently contaminate the ground supply.

Corruption is another one of the major causes of poverty in Mauritania, which has prevented the country from exploiting its resources – these include fish, minerals and livestock. Economic policy is unstable and inconsistent, preventing any major investment from Europe or the Arab world. Educated Mauritanians mostly leave the country to work in the Gulf States, where opportunities abound by comparison.

Despite 170,000 hectares of agricultural land, Mauritania is food insecure as a result of this corruption. Public officials almost never face recrimination for usurping public money; as a result, the country starves. About 26 percent of Mauritanians in the lean season – where rainfall is scattered – do not get the basic foodstuffs they need to survive.

Nongovernmental organizations (NGOs) are working to improve the situation. The World Food Programme has implemented a distribution system where they provide two meals a day in rural areas, focusing on areas where malnutrition is high and children are unable to attend school. The changing climate is also being addressed. Supplementary feeding is being provided for pregnant women and young mothers in areas enduring the shock of a climate shift.

The causes of poverty in Mauritania are both manmade and natural. The nation’s shifting geography and desertification have devastated rural communities and worsened hunger and child mortality. Corruption acts in tandem with this to worsen the situation and has left Mauritania unable to fully exploit is significant natural resources to dig itself out of its poverty trap. The work of NGOs like the World Food Programme offer a glimmer of hope for the nation to begin to raise itself out of poverty.