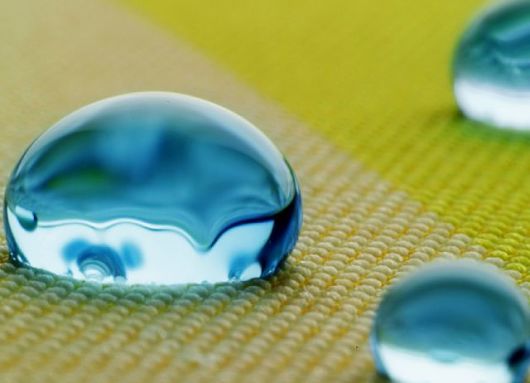 Clean drinking water is one of the most basic needs for humans, yet almost 783 billion people worldwide do not have access to it. Each year an estimated 6 to 8 million people die globally as a consequence of water-related diseases. These statistics reinforce the absolute necessity that is clean drinking water and the devastating results of inaccessibility to this necessity.

The suitability of water for human consumption requires that the water not only not be turbid but be free from toxins as well. Turbidity refers to the loss of transparency in the water due to visible impurities while toxins, which must be removed, are chemical secretions of organisms — particularly bacteria and fungi — that cause disease.

To make water sanitary for drinking needs, both of these impurities require proper expulsion from the water source. Many of the traditional techniques of purifying water focus exclusively on one kind of impurity. For example, the chlorination method can only kill microorganisms, whereas filtration can only remove sizable impurities. However, nanotechnology might be able to do both.

Today, the use of nanoparticles has revolutionized industry, from nanoparticle-coated bandages to food containers. Nanotechnology is essentially the application of nanoparticles, particles ranging from 1 to 100 nanometers in size. These particles can be of various species: pure metals like silver, metal compounds like zinc oxide or even nonmetals like carbon and silicon.

Additionally, the chemical reactivity of the nanoparticles is enhanced by the increase in the metal’s surface area. Nanoparticles, such as titanium, employ this quality to remove pollutants. Chemically reactive nanoparticles are being used to remove micro pollutants by changing the pollutant into an innocuous form through redox reactions.

Another major use of nanoparticles is in the removal of microbes. The presence of microorganisms such as bacteria and fungi can lead to buildup of microbial toxins. These toxins can lead to serious diseases, such as diarrhea and cholera.

Nanoparticles can combat these problems, by first killing harmful microbes and then by neutralizing the effects of the toxins. Silver nanoparticles are known for their antimicrobial properties. The presence of silver causes fatal DNA mutations in the microbes. The use of desalinating nanoparticles of carbon can also cause microbial cell death by disrupting the cellular osmotic balance. Both these approaches eliminate harmful microorganisms from water. Moreover, nanoparticles such as titanium oxide can react with toxins from microbes, which results in degradation of the toxin to a harmless chemical.

These attributes and a wide range of possible applications make the usage of nanoparticles for the purposes of water purification very promising. However, researchers need to carefully weigh the safety of nanoparticle-treated water intake as well as potential environmental consequences against the prospective benefits of nanotechnology.

Seeking refuge from widespread violence, 40,000 South Sudanese people are living in horrific conditions in a U.N. compound in Bentiu. Medecins Sans Frontieres reported difficult conditions since the camp’s opening nearly four months ago, but the onset of the rainy season in July caused massive flooding throughout the area. Over one thousand makeshift shelters have been flooded, but camp residents are too afraid of the raging civil war to leave. Instead they remain knee-deep in sewage-contaminated water, even going so far as to sleep standing up with infants in their arms.

Due to the sewage-contaminated floodwater, as well as a lack of clean drinking water and latrines, there is a constant risk of infection. This risk is exacerbated by the growing rates of poverty and malnutrition among refugees. More than 200 residents of the camp have died since May, most of them children. And although mortality rates have lowered in the last few weeks, at least one child still dies every day.

Ivan Gayton, emergency coordinator of MSF called for urgent drainage efforts: “It’s difficult to drain here—it’s a large grass swamp—but nevertheless it’s possible.” He added, “There are excavators here, there is machinery here, there are a lot of assets that could actually be deployed to improve conditions within this protection-of-civilians zone.” With a committed and well-planned effort, existing MSF resources could make a profound impact on the state of living conditions for Bentiu residents. In addition, unused dry land in the area immediately outside the camp could be portioned out to those impacted the most by flooding. “There are bits of dry land that can be allocated…. They need to be allocated without delay to the people who are trying to make their lives in this absolutely terrible flooded condition,” said Gayton.

As of yet, little effort has been made toward drainage of the camp. But what is obvious is that the current situation is unjustifiable without immediate efforts to improve conditions. The residents are unable to leave Bentiu because they fear being killed once outside the relative safety of the camp. Most fled ethnically-charged fighting between government forces and rebels under opposition leader Riek Machar in December, and there is no end to the conflict in sight. But the deplorable conditions in the compound are not much better: according to MSF, people should be protected and safe from disease as well as from violence.

Gayton said, “Protection is not really meaningful if the conditions under which you can be protected aren’t even fit for human life, let alone dignity.” 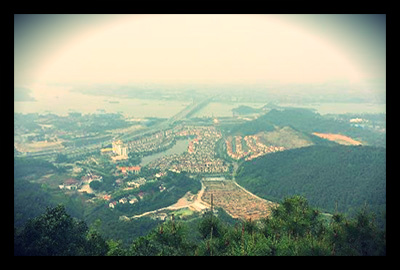 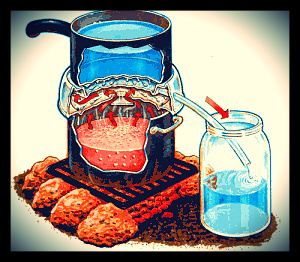 The “Survival Still” System was announced a few months ago by inventor Glenn Meder. It is a new water distillation system that changes unsanitary, undrinkable water into water that is completely safe for human consumption. Contaminated water of any kind can be transformed into drinkable water, including muddied or ocean water. This product could be incredibly helpful to people in disaster situations, or even those who normally live with limited access to safe drinking water, as most of the world does.

The system relies heavily on distillation; it boils the water and collects the steam, which is the only pure part of the process. The Survival Still is made of stainless steel and does not need any filters. As seen in the photograph above, the Survival Still only needs the water and heat to provide fresh drinking water for the user. In any case, the process can be done in almost any location, provided there is an acceptable heating source.

Although the Survival Still was primarily created for victims of catastrophes such as Hurricane Sandy or other devastating natural disasters, it can be used by those who constantly struggle for access to clean drinking water, such as those in the developing world who face poverty on a daily basis. Many people do not have easy access to clean, safe drinking water that many U.S. citizens enjoy. They travel miles to reach clean water, and if they choose to drink water closer to their homes, they run a high risk of receiving potentially fatal waterborne diseases.

The design of this product was mastered over 20 years, and the current version is simple but functional. The reason Meder created the Survival Still was both to give one to every home in the United States (just in case) and also to help attempt to solve the water crisis that is occurring on a global scale. The lack of water in developing countries is one of the biggest issues of today, and the Survival Still, if distributed properly, could help move us towards a sustainable solution.