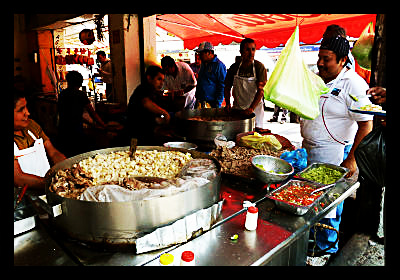 Statistics indicate that individuals who are obese or overweight in developing countries have tripled over the last 30 years. It seems that as countries begin to shift from low income towards middle income and onwards, people are able to purchase more food, most of which is unhealthy.

High-calories foods, usually quite tasty, are now easily accessible in practically every country but now those with more money are purchasing larger quantities.

In the 1980s, less than 23% of adults in the third world were overweight; currently, the amount of obese people in the developing world rival those of rich nations. Mexico is a prime example of this global problem. In 1980, under 40% of Mexican women were overweight but in 2008 it increased to 70% and there is speculation of a greater increase in recent years.

An official from the Overseas Development Institute in London, Steve Wiggins, reports that large varieties of high-calorie snacks such as chips, cookies and carbonated drinks are readily available in various Mexican stores, making it the “poster child” for the obesity problem.

Over 90% of men in some Pacific Island nations are also facing the overweight issue. Countries in the Middle East, such as Egypt, have a growing number of overweight women.

Health systems in developing nations already have significant issues with infectious diseases and now this burden of excessive consumption of high-calorie foods poses a risk for developing other diseases. Cardiovascular diseases, diabetes and various cancers can all be caused by large intake of fat, sugar and salt.

This global trend could potentially lead to increased health care expenses and decreased economic growth from a loss of productivity.

Despite these risky factors, reports suggest that a quick turn around is possible if new health campaigns for better diets are adopted. In the mean time, developing nations are not too interested in advocating for a fruit and vegetable substitute since several families are finally getting sufficient income for more food.