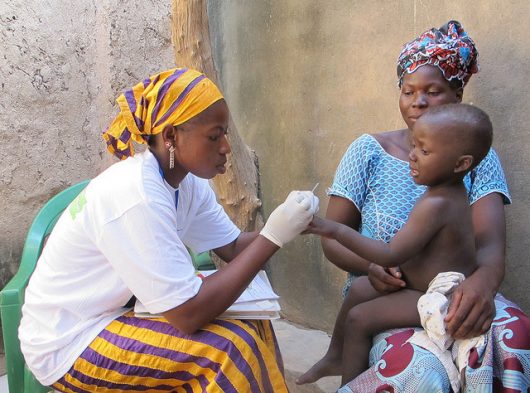 With poor healthcare infrastructure and rampant and severe poverty, Mali is particularly vulnerable to harmful disease outbreaks, reflected in its extremely low life expectancy of only 58 years.

The most common diseases in Mali are ones that are frequently encountered across Sub-Saharan Africa. Combined with the debilitating effects of the country’s civil conflict, these diseases have had devastating consequences on Mali’s population. Efforts to combat these diseases, however, have been long underway – often in concert with non-governmental organizations (NGOs) and neighboring countries.

As with many African nations, malaria has been a scourge on Mali, and it remains the most prominent cause of death for children under five. Northern Mali is particularly severely affected. Due to the Malian Civil War, which began in 2012, NGOs have severely limited access to Northern Mali and medicine often struggles to reach those desperately in need of it.

Treatment that makes a breakthrough, however, has been wide-ranging and effective. The World Health Organization has reported on the use of Seasonal Malaria Chemoprevention (SMC), which is now being administered three days per month in particularly hard-hit areas, during the most vulnerable period for young children to develop the disease.

As with malaria, Mali’s civil conflict has spurred the spread of diseases; among them is HIV/Aids. Militias displacing the northern population have significantly expanded the population of Southern Mali, where the capital, Bamako, has exploded in size. This increase in population has created fertile conditions for the spread of HIV/Aids. In 2015, an estimated 1.25 percent of adult Malians lived with the disease.

Treatment is restricted by the severe social stigma that surrounds HIV/Aids. Most Malians who are infected are isolated from their communities and many attempt to hide their condition. As a result, treatment has remained mostly focused on mother-to-child transmissions. UNICEF has been at the forefront of ensuring mothers are offered a free voluntary test, with those found needing treatment receiving antiretroviral drugs.

Despite the political and cultural hurdles, there is a remarkable success story of disease prevention in the country’s recent history: the near-eradication of Polio, once one of the most common diseases in Mali.

In a strange twist of fate, the infrastructure put in place to protect Mali from Ebola at the height of the 2014 outbreak proved essential to taking on Polio. In 2017, Mali is now acting in concert with other African nations in attempting to eradicate the disease, which once proliferated across the continent. A 190,000 vaccinator-strong drive has the capability of immunizing more than 116 million children, among them Malians.

The experiences of dealing with these common diseases in Mali reveal both the pitfalls and breakthroughs that come with attempting to prevent their spread. In some cases, domestic conflict and social mores can inhibit efforts to address the problem. In others, as with Polio, transnational cooperation, and perhaps a little luck, can help bring a once-common disease to the point of near-eradication.