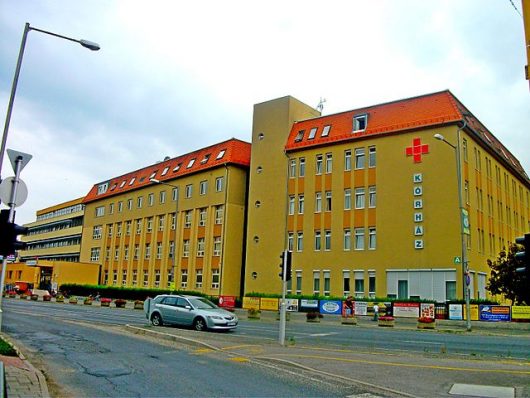 Hungary is a landlocked European country sandwiched between Romania and Austria. With a population of about 10 million, Hungary is a relatively large country that is known for its tourist attractions.

Although most Hungarians are not drastically poor, 14.6 percent of the population is living below the poverty line. Compared to the European Union average rate of 17.2 percent, Hungarians are faring slightly better. However, 44 percent of Hungarians cannot afford to pay for all of their basic resources, well above the EU average of 19.5 percent.

The life expectancy from birth in Hungary is 76 years, a relatively high number when taking into consideration that a large portion of the population is deprived of some of the basic necessities for life.

Here are some examples of the most common diseases in Hungary that affect its residents.

Diseases related to the heart are among the most common causes of death in Hungary. Approximately 60,000 people die from cardiovascular illnesses annually. It is not surprising that high systolic blood pressure and cholesterol are also high-risk factors in Hungary.

The most prevalent type of cancers for Hungarians are those in the respiratory system: tracheal, bronchus and lung cancer. Deaths caused by pancreatic cancer have risen 32 percent since 1990 and kill about 20 people out of 100,000 annually.

Although diarrheal diseases have only taken the lives of 1.2 people out of 100,000 annually, the problem is still significant and should be solved. Many other infectious diseases like meningitis and tetanus have decreased dramatically.