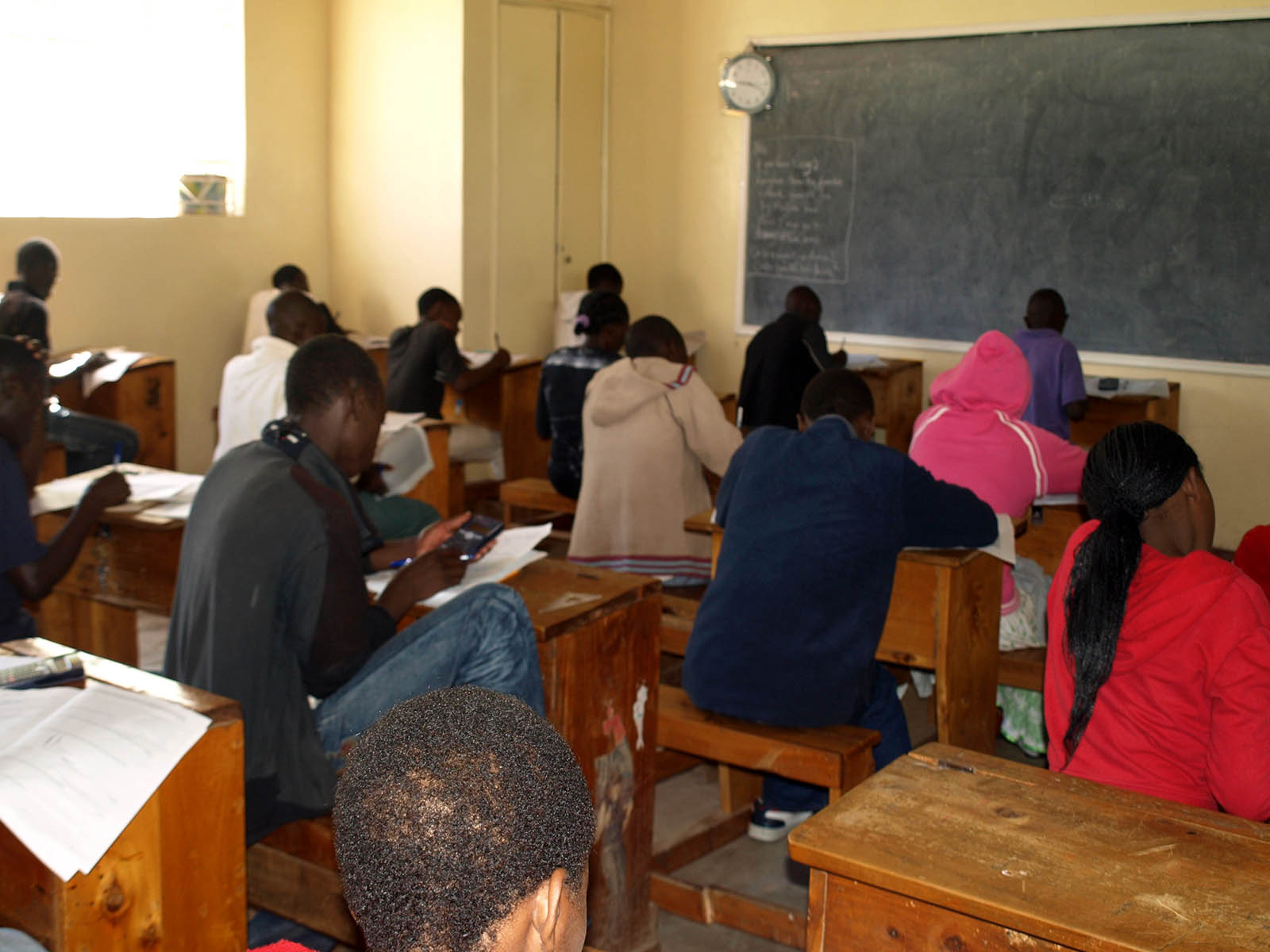 According to The World Bank, more than 767 million people live in poverty. That represents one person out of every 10 living on less than $1.90 per day. Although that number has dropped significantly from almost four out of 10 people in 1990, these figures continue to remain unacceptable.

The effects of poverty can be dire, especially for the 328 million children living in extreme poverty: a lack of food, clean water and medical care can lead to malnutrition and other diseases, a lack of shelter can further impact illnesses and a lack of education and job training often lead to an increase in crime, which exacerbates these issues.

According to Outreach International, a community can only succeed in alleviating poverty if the people involved are “actively and authentically participating in the efforts to fight poverty.” This refers to not just the leaders, but also the people most affected. Their situations need to be taken into consideration and through open dialogue and simplification they become part of the process of resolving their problems.

The spending of taxpayers’ money should always be visible to citizens. This makes their actions and inactions easier to address and discourages corruption within the bureaucracy. Implementing oversight can be especially beneficial to those whose government might, for example, be spending money on its nuclear weapons development instead of its poverty programs.

Education an Important Part of How to Overcome Poverty

While education provides knowledge and training, which can fortify the economy, poverty is also a mental and psychological condition. Education in impoverished populations provides a way for people to better understand their situation and visualize their way out of poverty. It has the power to bring about an end to other social issues as well such as racism and sexism, both of which are intrinsically connected to poverty.

Extensively planned employment programs started by the government can grow the job market. Oftentimes, industries with a substantial labor force can be given larger aid from the government. Developing companies that offer sustainable and long-term jobs to the community should be given focus.

This might prove to be the hardest due to the inequalities that persist in developing countries. Every person should have access to the necessities of life: food, housing, electricity, healthcare and clean water. Only after these basic amenities have been put in place should governments move on to other projects.

One of the most important aspects of learning how to overcome poverty is understanding that it takes time. The process is not simple and short, especially when trying to achieve a deep transformation. Sustaining collective efforts to address the issues involves individuals having an increased level of consciousness about their own capabilities and situations. It takes time to break the culture of silence. 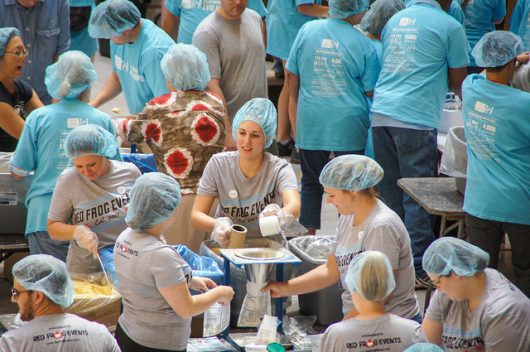 Example 1: Educate people at work or on campus about global poverty.

Of all the advocacy examples that people could choose from, education is one of the most important ways to advocate for change. Unless people are educated about a problem, there is no way to mobilize others to make a difference. An easy way to educate people about global poverty, then, is to direct them to the Borgen Project’s website.

Another way to educate people about poverty is to direct them to first-hand reports about the problems people who live in impoverished countries face on a day-to-day basis. This visual could be accomplished by showing people a documentary about poverty, for instance.

While contacting local representatives is one of the most powerful ways to advocate for change, few people realize how profound of an impact either calling or writing to elected officials can have. Contacting a representative allows the elected official to know that an issue is important to their constituents, and that knowledge can then be translated into actionable change in regard to global poverty.

Elected officials do not have an abundance of time to deal with every issue that comes across their plate, so they generally will spend their time working on issues important to the people who live in their district. Representatives assume that the issues that people in their district contact them with are the most important matters to their districts.

One of the advocacy methods that first comes to mind with the topic of ‘fighting global poverty’ is volunteering. There are generally two types of volunteering:

While both raising awareness about an issue and actively trying to address the issue are important, causing more people to be aware of an issue ensures that people will attempt some form of solution. Even though going to a foreign country is a rewarding experience, it is also just as helpful to raise awareness domestically to the problems caused by global poverty so that the roots of the problem can become fixed on the policy level.

Letting the whole community know about global poverty is even more important than educating people at work or at school because informing more people about a problem is more likely to lead to lasting change.

While this is more difficult than other advocacy examples, it is also one of the most effective ways to advocate for change. If a large group of people rally for an issue, more people will take notice of the problem. Contacting larger media outlets and having them cover the rally would bring the issue of global poverty to the attention of a larger group of people.

There’s significant opportunity at these rallies to inform people about the Borgen Project and other advocacy/awareness organizations, pass out information about how to fight global poverty, and if the rally is large enough, hold a press conference is shown around the nation.

Every person who decides to become an advocate is a small, vastly important cog in the machine of change. As long as each person makes a small effort to advocate for an issue such as global poverty, it is possible to both raise awareness of a problem and create solutions. 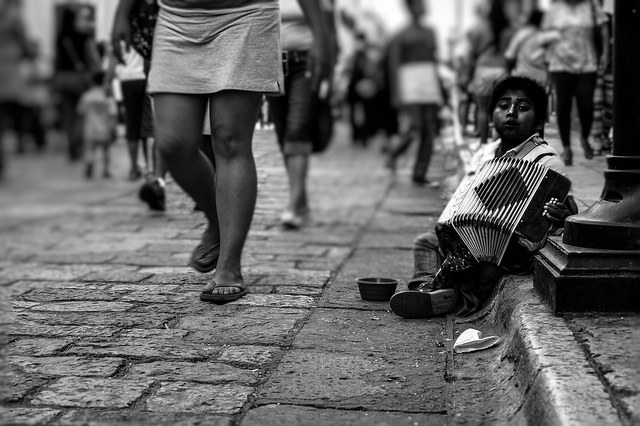 The number of Mexicans living in poverty increased by two million between 2012 and 2014, according to Reuters. These figures of Mexico’s poverty rate highlight the challenges President Enrique Peña Nieto is facing in meeting pledges to help millions in need.

“With his six-year term half over, Enrique Peña Nieto is trying to rally public confidence in his government’s economic plan amid lackluster growth projections,” said International Business Times.

While his efforts have focused on making Mexico a competitive nation, “the government is flailing in its battle against staggering income inequality and poverty rates that have remained virtually unchanged over the past 20 years,” according to International Business Times.

In 2014, Mexico’s poverty rate increased from 45.5 to 46.2 percent, corresponding to 55.3 million people in the country of approximately 120 million, said a spokesperson for the government’s social development agency.

Under Peña Nieto’s administration, the problem has only worsened. While many Latin American countries have diminished their levels of poverty, Mexico’s have continued to increase.

Peña Nieto recognizes that income inequality, global economic turmoil and corruption have prevented Mexico from both an economic boost and a diminished poverty rate.

Jonathan Foxx, a political science professor at American University in Washington, D.C. suggested that “neither inequality nor poverty reduction have been major priorities of this administration, nor the previous administrations.”

The government has been criticized for being too focused on attracting foreign investment and strengthening large-scale private industries, rather than concentrating on reducing its poverty rate.

Professor Foxx added that Mexico’s poverty rate remains the largest concern, regardless of wide income disparities. “If the government was more effective at reducing poverty, then people would worry less about inequality,” he said. “But since neither is getting better, it’s hard to disentangle.”

A major shift in focus and strategy is needed if Mexico is to succeed in combating its increasing poverty rate.