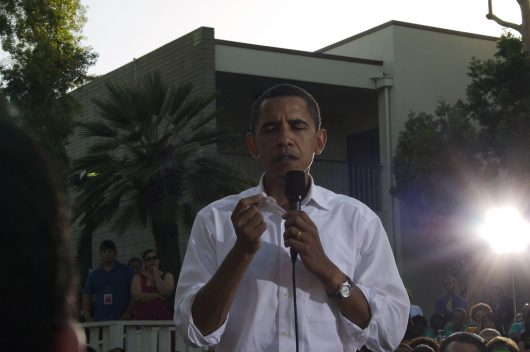 Next month, when President-elect Donald Trump is sworn in at age 70, he will officially become the oldest U.S. President to take the oath of office. Article two, section one, clause five of the U.S. Constitution states, “…neither shall any person be eligible to that office who shall not have attained to the age of 35 years.”

Since 1789, there have been nine U.S. Presidents inaugurated before their 50th birthday, though none as young as 35. Meet the five youngest U.S. Presidents.

Roosevelt was sworn in just over one month before his 43rd birthday after the assassination of the 25th U.S. President, William McKinley. After the Spanish-American War, Roosevelt became known for ending a period of isolation and placing the U.S. on the world stage.

Trivia: The Roosevelt Room at the White House was created in 1934 in honor of the youngest U.S. President in the exact location of his original 1902 office.

Although only serving two years before his assassination in 1963, Kennedy was the youngest U.S. President ever to be elected to the oval office. In 1961, under Kennedy’s administration, Congress established the U.S. Arms Control and Disarmament Agency as a separate entity under the U.S. Department of State’s umbrella.

Clinton was inaugurated in January 1993 on the heels of George H.W. Bush’s peaceful resolution to the conflict between the U.S. and Russia. This made Clinton the first president in nearly a century with little urgency to define U.S. foreign policy with the Soviet Union.

Trivia: Clinton has authored numerous books including his 2007 work about the power of volunteering entitled Giving: How Each of Us Can Change the World.

Taking the oath just shy of his 47th birthday, Grant is the fourth-youngest U.S. President. As the General accredited for leading the Union to victory during the Civil War, Grant is known more for domestic relations than foreign policy. However, he fought in an international conflict under General Zachary Taylor’s command during the Mexican-American War.

Trivia: Both Grant’s mother and father witnessed his inauguration — a first for any U.S. President.

The U.S. President preceding the oldest President-elect also happens to be one of the five youngest U.S. Presidents. Immediately upon taking office, Obama set out to withdraw U.S. forces from Iraq. He successfully reduced the total number of troops from 160,000 in 2009 to 150 in 2012. Then, in 2014, he restored diplomatic relations with Cuba. This milestone marked a new beginning toward alleviating economic animosity between the U.S. and its island neighbor.

Since its establishment on September 4, 2008 at the High-Level Forum on Aid Effectiveness in Ghana, the International Aid Transparency Initiative (IATI) has already gleaned the cooperation of 160 organizations worldwide. IATI aims to make foreign aid more user-friendly by providing information to citizens about the allocation of resources, engendering governments with a sense of liability. The original members of the nascent IATI were Australia, Denmark, European Commission, Finland, GAVI Alliance, Germany, Ireland, New Zealand, The Netherlands, Norway, Spain, Sweden, UK, UNDP, The William and Flora Hewlett Foundation, and the World Bank.

However, one of the landmark events in favor of the initiative took place on November 30, 2011 at the Fourth High-Level Forum on Aid Effectiveness. In her keynote address in South Korea, Secretary of State Hillary Clinton declared the that the United States would be adopting the IATI. This would foster a more accountable and trustworthy environment for global aid.

In a statement issued by Secretary of State for International Development Justine Greening, she declared that the undertakings of the IATI delineate a momentous change in the nature of foreign aid policies. Greening further proclaimed that the initiative has demonstrated that, “…when organizations commit to being more open and accountable, they become more than the sum of their parts.”

The method in which donor countries and recipient countries make their transactions visible for public knowledge is through the IATI standard, in which donors print their aid information on the website. Rather than simply mimicking pre-existing aid transparency initiatives, this initiative builds upon prior databases, aggrandizing public awareness of foreign aid. Additionally, the IATI Registry keeps an index of the array of data issued on the website for future reference.

Thus, this decision has the potential to maximize foreign aid as taxpayers now have the ability to scrutinize not only how much, but also how the United States is spending on aid. Furthermore, since the initiative will place taxpayers at more ease with the allocation of their money, they may become more willing to contribute to the fight against poverty.  With increased transparency and increased funds, IATI has the potential to make foreign aid more effective at mitigating the ravages of poverty.