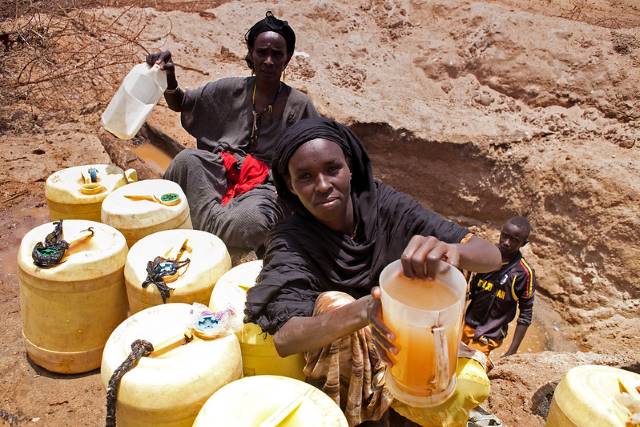 Data from 2017 indicates that 884 million people worldwide lack access to safe drinking water and more than two billion people (25% of the world population) lack access to adequate sanitation. The onset of the COVID-19 pandemic makes access to water and sanitation even more urgent in order to curb the spread of the virus. Inaccessibility of water is a major contributing factor to global poverty. In developing countries especially, people have to travel long distances to access water, a burden often falling on women. In Kenya, only 58% of people have access to clean drinking water and only 30% have access to basic sanitation. Majik Water provides an innovative solution to ensure access to clean drinking water in Kenya.

What is Majik Water?

Majik Water was founded by Beth Koigi, a Kenyan entrepreneur who was a victim of water scarcity while at university. After this experience, she sought to create a device that would reduce water scarcity in Kenya and beyond. The Majik Water team consists of three inspiring females: Koigi, Anastasia Kaschenko and Clare Sewell. A complex issue such as water access requires a range of methods to solve. While for many, the solution to a lack of clean drinking water is to develop and install water filters, Kenya is prone to periods of drought, meaning there may be no reliable source of water for months on end. Thus, typical water filters are ineffective as there is often no water to filter.

Majik Water seeks to solve this issue by producing filters that are capable of harvesting drinking water from the air. The air contains six times more water than all the rivers of the world combined. Koigi realized that by condensing the water, she could ensure that even people living in the most drought-prone areas could have access to clean drinking water. The Majik Water devices are made with Kenyans and their specific needs in mind, taking advantage of Kenya’s climate and high levels of humidity in many areas. However, the device also works in areas with as little as 35% humidity, making it a more versatile resource. The solar technology involved makes the system more cost-effective.

The devices are deceptively simple, using a sponge-like material that attracts water molecules to gather water in the air.  When heated, the spongy material releases the water vapor, which is then condensed to form water. The device is reusable, making it both sustainable and affordable. Water drawn from the air is often cleaner and more sustainable than groundwater, which is finite and often contaminated with minerals such as arsenic, fluoride and lead. These minerals can cause serious health problems if the water is not filtered properly.

The Potential of Majik Water

While the device is still in the testing and development phases, it has already gained the attention and support of many. The Majik Water team won the EDF Pulse Awards Africa prize. Even in its earliest stages, Majik Water has already proven effective in increasing access to clean drinking water in Kenya. At the Ark Children’s Home in Thika, Kenya, Majik Water’s filters are able to provide 50 liters of drinking water a day, straight from the atmosphere.

The goal of the project is to increase water access in Kenya and stop the potentially devastating effects of anticipated increased water shortages in the next decade. Koigi hopes to be able to produce clean water for just one cent per liter, which may be achieved by reducing the cost of the solar technology that the devices rely on. Majik Water has the potential to improve health outcomes and poverty rates in many parts of the country by ensuring reliable water access for all.