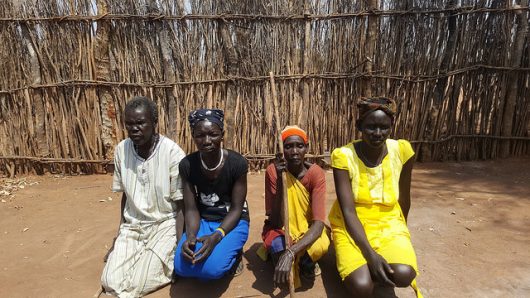 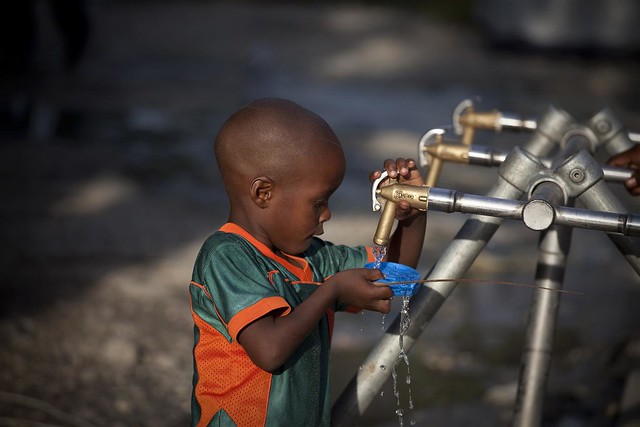 The water quality in Haiti is in desperate need of improvement. The World Bank hopes to increase access to clean water because “[it] not only saves lives, but [it] also [helps] reduce poverty and improve the livelihood opportunities of these communities,”  reports Mary Barton-Dock of the World Bank Special Envoy.

The lack of proper sanitation and unsafe water quality in Haiti fosters the spread of disease. For example, a cholera epidemic ensued after the 2010 earthquake in Haiti, and 8,700 lives have been lost since. Although diagnosed cases of cholera have decreased, heavy rains in the early months of 2015 brought a surge of new cases.

Stand pipes or water points with hand pumps are the main systems used for water transportation in Haiti. Due to lack of funding, many of these water systems are no longer in service. Thankfully, the World Bank found a way to improve the situation by funding a program located in the southern region of Haiti. This global organization built professional operators whose main purpose is to maintain many of the water supply systems.

Over 60,000 people have benefited from these system improvements. The program also helped train community health workers and medical personnel, as well as strengthening the country by making it more self-sustaining.

The Board of Directors of the World Bank also authorized a $50 million grant from the International Development Association (IDA). “The Sustainable Rural and Small Towns Water and Sanitation project aims to save lives by preventing cholera and waterborne diseases in high prevalence zones, and strengthen the capacity of local agencies to deliver water and sanitation services in rural areas and small towns.” This grant will help nearly 300,000 people gain access to potable water and proper sanitation.

This project will also be linked to a ten-year, government-supported Cholera Elimination Plan. This long-term plan will save thousands of Haitian kids from waterborne, disease-related deaths. Benito Dumay, the Director General of the National Water and Sanitation Directorate, understands how essential healthy water quality is for Haiti, and is determined for the project to succeed.

Water is a catalyst for life, and now thousands of Haitians will be able to access this life-saving liquid for the first time. The World Bank reached out to the U.N., the U.N.’s development partners and the Haitian Government to collectively discuss the financing gap and what they learned about fighting cholera.

The Borgen Project has also done a great deal of work at the political level when it comes to advocating for clean water and sanitation. This nonprofit helped build support for the Water for the World Act. The organization also met with hundreds of Congressional offices, equating to 410 meetings, to discuss activism regarding water-quality programs.

Between 2009 and 2014, The Borgen Project helped mobilize thousands of Americans to email and call their congressional leaders in support of the Water for the World legislation. The bill was passed in December 2014, and millions of people gained first-time access to potable water and appropriate sanitation.

As numerous organizations fight the battle for water quality in Haiti and around the world, their tremendous progress makes the future of water quality that much clearer. 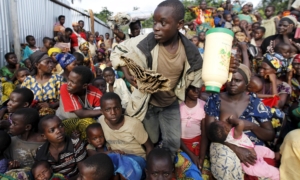 United Nations Secretary, General Ban Ki-moon, arrived in Hispaniola this past week, with renewed promises to the Haitian people burdened with an ongoing cholera epidemic. During his stay, the Secretary-General called for increased commitment to the $2.2 billion plan he first proposed at the end of 2012 — to help fight the cholera outbreak in Haiti, a plan for which donors have been scarce.

He also introduced the “Total Sanitation Campaign” that will attempt to lessen the impact of future cholera outbreaks in Haiti by addressing the absence of proper sanitation in rural areas. “As secretary-general of the United Nations, I want to assure you that the United Nations and its partners are strongly committed to ending the epidemic as quickly as possible,” said the Secretary-General.

Before the current epidemic, which has killed over 8,500 and infected 700,000 since 2010, Haitians had not seen a recorded case of bacterial infection within their borders for a century. Evidence suggests that U.N. peacekeepers from Nepal first brought the disease to Haiti in response to the 2010 earthquake that affected 3 million in the area.

Despite its claim of legal immunity, the UN must now defend itself against three lawsuits brought forth on behalf of the victims. Critics denounced the Secretary-General’s visit, stating that the UN must accept legal responsibility for the outbreak and compensate the Haitian people.

Cholera quickly spread throughout Haiti due to inadequate sewage systems and polluted water sources. While extreme poverty fell by seven percent from 2000 to 2012 nationally, poverty rates remained largely the same in rural areas where half of all households lack adequate sanitation and where more than half of the total population resides.

Of the rural population, 40 percent uses unprotected water sources, which lead to increased risk of contracting cholera. The economic gap between rural and urban populations in Haiti has grown, with 70 percent of rural households classified as chronically poor compared to those of urban areas at 20 percent.

The World Health Organization defines cholera as “an acute intestinal infection caused by ingestion of food or water contaminated with the bacterium Vibrio cholerae.” Symptoms include watery diarrhea that if untreated, can dehydrate and kill a patient. Yet the 75 percent of those infected who do not develop symptoms, can still infect others. Those with low immunity to disease, such as malnourished children and people with HIV, have an increased likelihood of infection.

Almost all families displaced by the earthquake four and a half years ago have since left temporary camps — a sign of increased progress in a burdened nation. As families continue to reestablish normalcy, the UN’s campaign plans to initially aid three million citizens over the next five years. According to the Secretary-General, “Cholera rates are declining and the battle is slowly being won. We must, however, intensify these efforts. And we must focus on the wider quest to ensure access to safe drinking water and adequate sanitation.” For now, anxious Haitians await both new donors and and initiative from the U.N. to take legal responsibility.