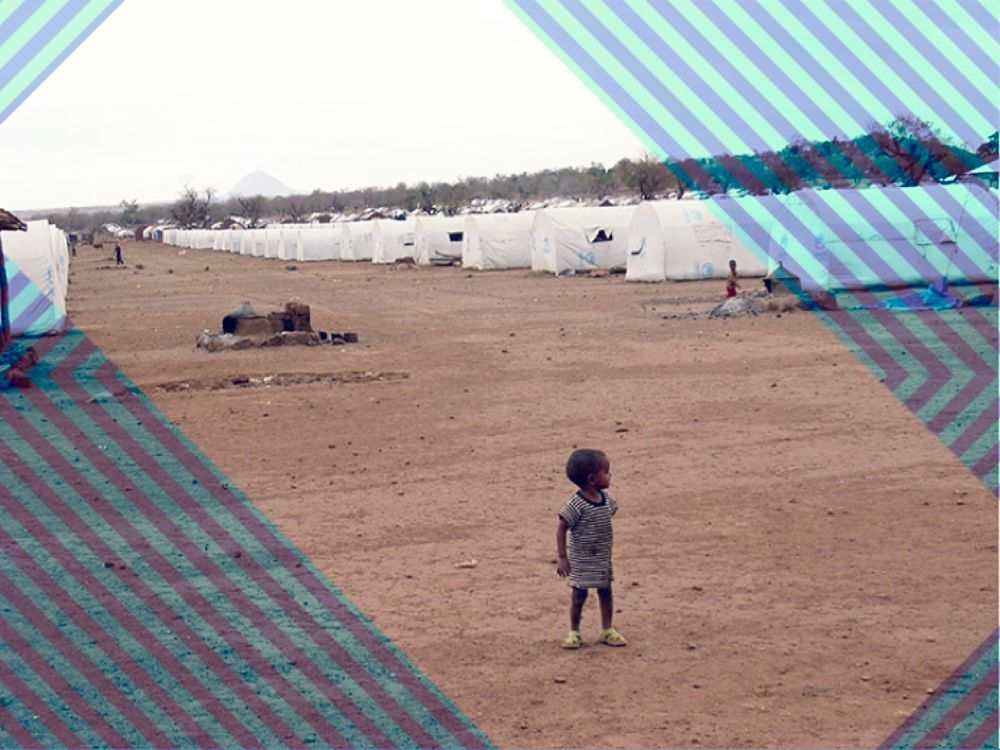 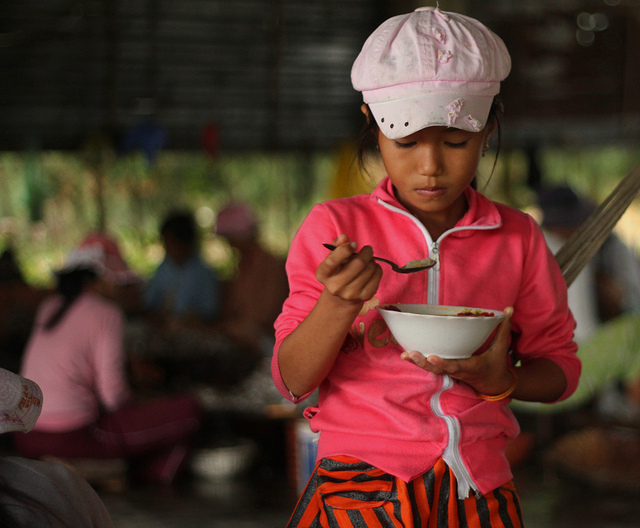 Children with disabilities are one of the many marginalized groups in the world that often face discrimination. In many countries, cultural beliefs dictate that disabilities arise from the influences of past lives, supernatural forces or the past actions of a parent.

Disabled children are less likely to finish or even begin school for many reasons, including gaining little to no access to adequate learning materials, having a lack of trained professionals who understand their needs and having no proper facilities to attend school. Denying these children the right to education not only impacts their learning, but also any hinders any chances of employment opportunities and social and personal development. In order for all children to benefit from basic human rights without facing prejudice, disability inclusion needs to be integrated into all policies and plans devised by a country.

The World Bank has shown support for integrating inclusive education practices for children with disabilities through lending projects and activities. One of the programs implemented for children with disabilities in Vietnam is the Vietnam Intergenerational Deaf Education Outreach Project (IDEO). Under the IDEO, sign language is taught to deaf children and their families in the comfort of their own homes by a mentor who is hearing impaired, a sign language interpreter and a teacher who can hear.

Evaluations documented and recorded from the project showed that using sign language helped to improve deaf children’s language and cognitive development and also their ability to communicate with others. The outreach project has also helped more than 50 deaf adults become mentors to children who are hearing impaired, trained approximately 200 hearing teachers to use sign language in order to effectively support deaf children and instructed more than 50 hearing people as communication facilitators or sign-language interpreters.

The implementation of the IDEO project has strengthened school involvement and organizations in backing the education of deaf children, and has also opened a new method to teaching sign language for these children with disabilities in Vietnam. With the support of similar projects being integrated in the near future, the gap for achievement for disabled children will hopefully decrease. 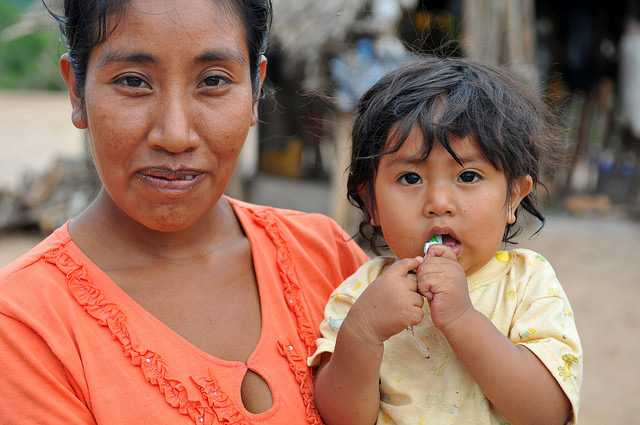 Bolivia’s working age is the lowest in the world. At 10 years old, children can legally work for themselves, their families and for others. Better education and a change in cultural attitude is the only way to provide aid for children working in Bolivia.

Bolivia’s Child and Adolescent Code was passed in 2014. It lowered the legal working age to 10 in an effort to prevent the exploitation of many children already working in Bolivia. But with 850,000 child laborers in Bolivia and only 78 inspectors, it is difficult to enforce regulations. Many children work illegally starting at the age of five.

Bolivian lawmakers wanted to set the minimum working age at 14, which led to riots as shoe shiners, bricklayers, street vendors and other child workers clashed with police in 2013.

Aid for children working in Bolivia cannot come from regulations alone, as they are too lax and purport a vicious cycle of poverty. Working from a young age threatens their health, exposes them to violence and reinforces integral cycles of poverty. As it stands, 60 percent of children working in Bolivia drop out of school in order to continue working.

Four years after the law passed, many fear that the law is failing to protect Bolivia’s working children. Children and their families must get approval from the government to work; however, only about 30 percent of applications are dealt with. Many ignore the law and put children to work unsupervised.

Bolivia has 8.3 million citizens and 59 percent of the population lives in poverty. Culture and need both contribute to child labor. It is seen as normal in Andean culture for children to help support the family. Therefore, aid for children working in Bolivia must extend from a change in social values and political priorities.

Child labor deprives children of their right to go to school, but Bolivian children need money to buy books. They also need to feed their younger siblings and help their family pay the bills. Poverty levels have decreased in Bolivia over the last few years, but children still play a key role in keeping many families afloat.

Aid for children working in Bolivia comes only in the form of regulations and unions that aim to prevent the exploitation of workers. The Union of Child and Adolescent Workers of Bolivia is an organization of young workers that have united to defend themselves from exploitation. They supported Bolivia’s Child and Adolescent Code and do not want the cessation of child labor in Bolivia, but the improvement of its regulation. By fighting for better protection for child workers, groups like this can ensure fair treatment of children in the short term while working to change the cultural norms in the long term. 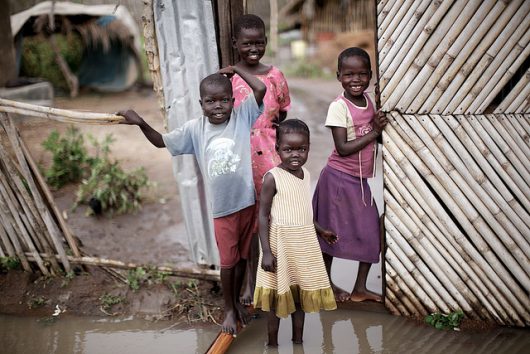 “Safe spaces” are places or environments in which people can feel confident that they will not be exposed to discrimination, criticism, harassment or any other emotional or physical harm. Often, safe spaces are discussed with respect to American colleges. However, psychological aid and safe spaces help children in developing countries as much as food and water. Here are therapeutic success stories from around the globe.

The South Asian country became host to hundreds of thousands of child refugees from Rohingya. In addition to basic survival needs, UNICEF has provided Bangladesh’s children with facilities for psychological therapy. Trained therapists have become just as vital as Art Corners in providing refugee kids a childhood. “I try to heal them by talking about their drawings,” said counselor Mosammat Mili Akhter in an interview with Al Jazeera.

In the UNICEF guide to developing Child-Friendly Spaces (CFS), the organization highlights the importance of providing toys and art supplies. After a disaster, reasons UNICEF, children lack social settings and avenues for play, which are essential for developing resilience and dignity.

Children can be just as devastated by material loss as adults. When a magnitude 7.8 earthquake struck Nepal in 2015, many families lost everything. World Vision set up CFS centers to give kids an escape from local chaos. Volunteers led children in drawing, coloring, singing and puzzle solving.

Young victims in an emergency, according to UNICEF, lose their routines and social protection networks in addition to their possessions. Emergencies affect children’s cognitive and emotional development. These safe spaces help children overcome trauma and become self-sufficient later in life.

Arpanah Rongong, the child protection specialist working for World Vision, defended devoting resources to entertaining children instead of just feeding them. “It’s important for the children to get back to a schedule, and to have something they can enjoy that they know is going to happen at a certain time each day,” said Rongong.

The safe center set up by the Christian Children’s Fund in Northern Uganda not only gives children a place to play, but it also teaches children about basic hygiene and nutrition. A comparative study of two camps, one with a safe center and one without, proved that safe spaces help children in extreme poverty. According to UNICEF, “children who had participated in the CFS seemed more prepared to return to school and less violent with other children.”

UNICEF adds that the Uganda CFS center was designed to support adolescents aged seven to 13, though it was soon adapted to help younger children. This discovery suggests that therapy is a useful tool for trauma survivors of any age. These safe spaces help children with the power to match the most generous charity donation. 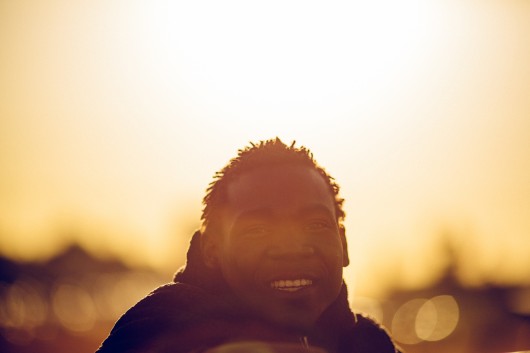 In developing countries, more than 170,000 children are born each year with cleft lip or cleft palate. These are facial and oral malformations that develop early in pregnancy where the child lacks sufficient tissues in the mouth or lip area and the available tissue cannot join together.

Cleft lips and palates disproportionately impact the developing world. In parts of Asia, South America and Africa, for example, babies born with cleft lip or palate often go untreated due to a lack of medical resources.

In some communities, children with cleft lip or palate are even ostracized or killed. Many are forced to live in isolation due to the stigma that surrounds the physical malformation. Because the condition causes a speech impediment, many sufferers cannot attend school or find work, as reported by Huffington Post.

Repairing this condition, however, requires only a simple surgery costing $250. The surgery can generate significant positive economic ripple effects. The cleft charity Smile Train predicts that performing a single cleft repair surgery puts $50,000 back into the economy, as that patient can then go on to lead a full life.

“It allows patients to return to economic productivity and meaningfully participate in their societies,” said Dr. Scott Corlew, an author of the study conducted by Smile Train: Economic Valuation of the Global Burden of Cleft Disease Averted by a Large Cleft Charity.

Smile Train and other charities like it provide free cleft repair surgery. They also provide the necessary training, facilities for surgeons to perform the procedure and offer the financial support necessary to maintain high standards of care.

According to this independent study, the total economic impact achieved as a result of cleft repair surgeries worldwide, measured across 83 countries between 2001 and 2011, amounted to $20 billion.