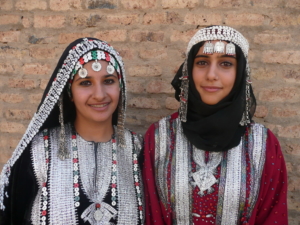 Yemen, a Middle Eastern country of just over 26 million people, has many issues to deal with at the moment. The country is currently immersed in a civil war and is politically unstable. However, one issue in Yemen that has not gotten as much attention is the prevalence of child marriage in the country. In Yemen, almost 33 percent of girls are married before the age of 18 and 9 percent are married before the age of 15.

Yemen was already the poorest country in the Middle East before the civil war broke out in 2015 and the conflict has only worsened the situation. Tens of thousands of people have been displaced due to the fighting, losing all of their possessions in the process. As families have become desperate for money, more and more girls are being married off in exchange for financial benefits.

The war has also disrupted the operations of social services in Yemen and made it harder for aid organizations to assist children and prevent them from being married off against their wills. Additionally, the conflict has allowed for the rise of armed groups within Yemen. A number of girls have been forcibly married to armed militia members for sexual exploitation. Much of this activity can be attributed to Ansar-al-Sharia, which is an offshoot of Al-Qaeda.

The prevalence of child marriage in Yemen is prompted in some cases by cultural norms and expected gender roles. The culture in Yemen tends to be patriarchal and male-dominated. For instance, Article 40 of the Personal Status Law says that women must obey their husbands, including asking his permission to leave the house. This legislation and culture it has helped create are not conducive to granting young girls rights with regards to who they marry; as such, there needs to be a cultural shift in the country to improve conditions for women and girls.

Early marriage forces girls into harmful sexual relationships and often results in young girls undergoing dangerous pregnancies, a big reason why maternal and child mortality rates are high in Yemen. Child marriage also means many girls are denied an education, as they usually drop out of school to become wives. In some cases, parents take their daughters out of school even earlier because they believe that it is a waste of time to send their daughters to school at all when they plan to marry them off into a different family in the near future.

Recently, the government of Yemen has taken some positive steps towards improving the issue of child marriage in the country. In 2015, for example, Yemen signed on to the U.N.’s Sustainable Development Goals (SDG’s), which included a target of pursuing gender equality and reducing the number of child and forced marriages around the world. Yemen’s government also recently passed an amendment to their constitution that legally prohibits marriage before the age of 18; however, as documented above, this provision has not been adhered to over the last 4 years due to the challenges presented by the Yemen Civil War.

Various groups are also working to combat child marriage in Yemen. For instance, the Expanded Service Delivery (ESD) Project, a nonprofit affiliated with USAID, is working on the “Safe Age of Marriage” intervention. This program seeks to alter social norms and cultural attitudes which allow for child marriage. Additionally, the program seeks to encourage girls’ education and protect girls’ rights. It has already been run as a trial program in the Al-Sawd and Al-Soodeh districts, which are two regions where only 8 percent of girls ages 15-17 are in school. The program ran for a year in these districts and after this time surveys showed that 95 percent of community members acknowledged the benefits of delaying marriage to adulthood, which was an increase of 18 percent from the onset of the program. In the future, the ESD Project will look to expand their work to other districts in Yemen.

While child marriage in Yemen is a major problem at this point in time, there is hope for the future. If the Yemen government can provide support for girls’ rights and help to enforce the constitutional amendment that was passed in 2015, then the situation should improve. In addition, it is important for NGOs around the world to continue funding efforts to help protect young children in Yemen from being married against their will.