The United Kingdom is one of the wealthiest countries in the world. It boasts Europe’s second biggest economy after Germany. It also has a $2.313 trillion dollar GDP according to the CIA’s 2012 World Fact book website estimations. Given these statistics, the recent announcement that the U.K. suffers from almost untold amounts of deprivation in its society due to both financial and economic insecurities comes as a surprise.

The University of Bristol recently published a report which paints an extremely dark picture of life in the United Kingdom. According to the study, over half of the U.K.’s population is suffering from some type of financial trouble. The study also reported that about 5.5 million adults in the U.K. go without some types of essential clothing; in addition, four million children and adults are not fed properly by today’s standards.

The Trussell Trust, which is the largest provider of food banks in Great Britain, issued a report in which they said more than 350,000 people went to their various food banks for help in the past year, which, according to their figures, is almost triple the number of people that required food aid in 2012.

The Guardian published a report by a charity in the U.K. known as 4Children, which reported more than half of Britain’s poor children reside in homes that are cold or not heated. Also, more than 55 percent of the children surveyed stated that they felt embarrassment over the fact that their family was not well off, and 14 percent had experienced some sort of bullying as a result.

These types of numbers are indeed surprising from one of the richest and most well off countries in the world. The study by the University of Bristol also found that living conditions for the U.K.’s hidden poor have indeed slid backwards. The study showed that one-third of British households could not afford to adequately heat their homes in the winter of 2012 and that the number of homes that could not afford to adequately heat the living areas of their homes is at a record high of nine percent.

There was also an extreme lack of adequate food for children noted in the study. The study noted that over half a million children live in homes that cannot adequately feed them. The Guardian also reported that the “squeezed-middle” families with two children need to earn over $37,000 pounds per year in order to meet what the public deems as the lowest ordinary acceptable living standards.

Great Britain is one of the most wealthy, powerful, and influential countries in the world, but if it does not begin to seriously examine those families who fall through the cracks in the welfare system, the U.K. will begin to suffer the effects. These families are the ones who work but still are unable to make end meet at the end of the month. They are hidden because they do not fall into a definable category and thus get left behind by the welfare state. 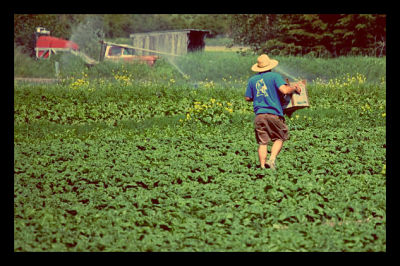 Obesity leads to serious health problems such as heart disease, stroke, type 2 diabetes and certain types of cancer.  Obesity increases the medical cost for individuals by more than $1,400 per year and government spending on healthcare costs by $147 billion.  Obesity also decreases the productivity of individuals, which with all of these combined demonstrate its negative effect on the economy.  As obesity is a highly emphasized global concern, much of that sentiment can be equally shared to its counter: the issue of hunger.

Even though it might seem that obesity and hunger are entirely different issues, they resurrect from the same origin – a nutritional system.  Understanding the causes of these two issues will further establish the significance to this underlying connection. Take, for instance that while the cause of obesity is an excessive consumption of unhealthy food and lack of exercise, the cause of hunger is a lack of food or conduct to establish a healthy diet.  For both, the root of the problem is the farming industry.

Most of the food supply comes from developing countries.  If the farmers do not have access to good farming equipment and farming technology, they will be more likely to use toxic farming chemicals on their land and cattle. In result, the produced food contains several unsafe chemicals that contribute to the potential causes of obesity.

In a TED talk, Ellen Gustafson suggested the solution to both of these problems is to increase the funding for farming industries and feed the hungry children in developing countries. By increasing the fund for farming, farmers can have access to better farming technology to enable producing healthier food for their home countries and exporting countries.  Additionally, more healthful diets help children in poverty countries grow up with both a healthy physicality and mental ability. 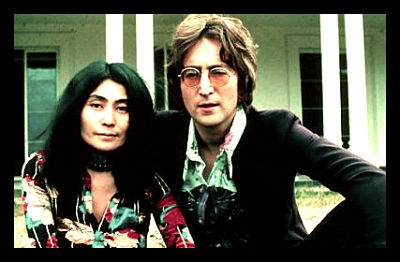 The Imagine There’s No Hunger campaign is in its sixth year this year. The goal of the campaign is to help children in impoverished regions who suffer from hunger and poverty related issues. The campaign was inspired by John Lennon’s vision for a world at peace and without hunger; it teaches children all over the world to recognize their own power in making a difference in their living conditions and food scarcity. The campaign encourages rural families in impoverished communities to grow their own food, offering sustainable agricultural programs and training in 34 grassroots organizations. Spearheaded by Hard Rock International and WhyHunger, the campaign has accomplished huge gains in the war on poverty. This year, Yoko Ono Lennon has teamed up with Hard Rock International and is advocating for widespread support for the campaign.  Thus far, the Imagine There’s No Hunger campaign has provided enough food in communities to ensure 5.5 million meals for children in 22 countries.

In the months of November and December, the campaign receives special media attention as they encourage the public to get involved in their mission and make donations to help end world hunger for children. A number of musicians have joined the Imagine There’s No Hunger campaign, and participate in fundraising concerts and visits to grassroots organizations. The musicians involved in the campaign use their star power to help bring fans on board with Imagine There’s No Hunger.

By working with grassroots organizations across the world, Imagine There’s No Hunger helps to develop agricultural systems in places that have a weak agricultural condition. The campaign encourages healthy eating and homegrown food; they have helped launch programs that feed children farm-fresh food and teach farmers the proper methods of farming. Imagine There’s No Hunger doesn’t just want to supply a quick order of food for starving countries, but help implement systems and training programs so that countries can subsist on their own and receive income well into the future.

This year, the Imagine There’s No Hunger campaign wishes to make a greater impact than ever before on children living in poverty. With the help of teammate Yoko Ono Lennon, the campaign has received an increase in public attention and advocacy. Ono is scheduled to make an appearance in December in Tokyo to continue her goal of rallying support for the campaign. 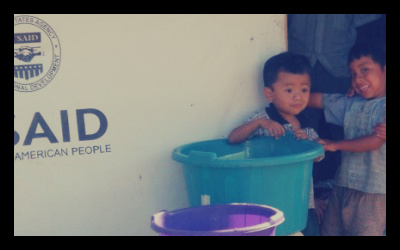