It is illegal in the U.S. for someone under the age of 18 to buy a pack of cigarettes, but it is legal for a child as young as 11-years-old to work in a tobacco field.

A recent study done by Human Rights Watch reported that many children start to work in tobacco fields once the school year is over. Many of these kids are children of Hispanic immigrants who live in cities near the fields.

Many of the working children have had acute nicotine poisoning symptoms. These symptoms include nausea, vomiting, loss of appetite, headache, dizziness, irritation and difficulty breathing.

Child laborers are more prone to getting acute nicotine poisoning when the tobacco leaves are wet and dewy. Children can absorb up to 50 cigarettes worth of nicotine through their skin on rainy days.

It was reported by Human Rights Watch that children are getting a drift of the pesticides that are being sprayed on nearby fields. The child laborers claimed that when the spray drifted their way they began to vomit and feel dizzy; it became difficult for them to breathe and they started to have a burning sensation in their eyes.

Children are more prone to having long-term effects from pesticides since their bodies are still developing. The long-term effects include cancer, problems with learning and cognition and reproductive health issues.

Aside from exposure to pesticides from other fields nearby, there were also many accidents due to sharp tools. Often times children are put in danger by having to work with big tools and machinery, lift heavy loads and climb up heights to hang tobacco in barns.

Child laborers working on tobacco farms often work long hours and do not get paid overtime. In addition, they often work in extremely hot weather conditions without sufficient breaks and do not wear protective gear.

Many child laborers said they had no access to toilets or a sink to wash their hands, which meant they still had pesticide residue while they were taking their lunch breaks.

Here are a few listed facts that were included in a report done by the Human Rights Watch. Of 133 children interviewed:

Not only do child workers suffer from physical and health conditions, but also in their everyday lives, including hunger, stunted growth and higher school dropout rates.

Malnutrition claims the lives of more than 3.1 million children a year. Those who survive face mental impairment as well as a heightened risk of disease or disability.

Yet the rising gross domestic product (GDP) of low-income to mid-income countries fails to correlate with a decline in stunted, under-weighted or wasted children. In field of development, many presume economic growth and improved standards of living lead to greater food security. S.V. Subramanian, a social epidemiologist at Harvard, reports an “insignificant decline in stunting” during times of economic expansion. He and his associates researched 36 of these countries, collecting data on children from 1990 to 2011. The Journal Lancet Global Health published the results this month.

With every 5 percent gain in GDP, less than 1 percent of decrease in stunting results. This results in a “zero effect” of GDP on child malnutrition, according to Subramanian.

Derek Heady of the International Food Policy Research Institute objects to this conclusion. “Income growth is a necessary condition for increased spending on food, health, education, sanitation and so on,” he asserts.

Subramanian, however, attributes this “zero effect” to disparities in income distribution and the inefficient delivery of health services. A rising GDP, he remarks, may not benefit every individual, region, or sector. For instance, these countries often invest money into sectors that initially led to the this growth. Such investments, however, often fail to improve child health.

India highlights this tendency. Its GDP has grown rapidly in recent decades, reaching an estimated 5 percent increase per year. This growth far surpasses that of most Western countries. Yet nearly half of children appear stunted and an additional two-fifths underweight. This limited food security among children has persisted as early as 1990.

Lawrence Haddad heads the Institute for Development Studies in England. He highlights Ghana, Vietnam and Brazil as success cases; in these countries, malnutrition declined as a result of both economic growth and investments in water, sanitation, health services and nutrition programs.

“Unfortunately, with malnutrition, there is no silver bullet,” he elaborates. “It’s like a series of links in a chain, and if any one of those links is weak, it undermines everything else.”

Understanding the driving factors in malnutrition, though, promises reform in government spending. These growing economies hold the potential to combat this health crisis. First, though, strategic investment in the fields of nutrition and sanitation must occur. 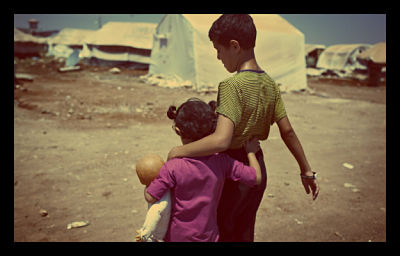 On October 24th, World Polio Day, it was ironically, and unfortunately, announced that a resurgence of polio was reported in Syria after a 14-year absence. At least 22 people are suspected to have polio in Syria. Two initial lab reports are positive for polio, and final results are expected next week. According to WHO spokesman Oliver Rosenbauer, these reports are “very, very likely” to be positive for polio.

Polio was once a feared disease that preyed mainly on children. It crept up suddenly and resulted in permanent paralysis and potentially death. Thankfully, polio has been reduced by 99 percent, and endemic polio has decreased from 125 to 3 countries: Nigeria, Pakistan and Afghanistan. This work has saved over 10 million people from polio. As there is no cure for polio, this work has been accomplished through successfully immunizing communities with access to healthcare.

The goal of the Global Polio Eradication Initiative, of which WHO is a member, is to reach every last child with polio vaccine and ensure a polio-free world for future generations. Currently, the most poor and marginalized are victims to polio, most notably children in these communities. In Syria, victims of acute flaccid paralysis are children under the age of five. In the eastern province of n Deir al-Zor, more than 100,000 children under the age of five are currently at risk of contracting polio.

As of now, there have been 296 cases of polio worldwide this year. With the breakout in Syria this number is expected to rapidly increase. The only effective response to this outbreak is vaccination. Discussions to coordinate a vaccination campaign in Syria have been ongoing since November 2012. However, logistics were not in place and now at least 22 children are suspected to have polio–a preventable disease they will most likely die from.

As Syria is in the midst of a 2 ½ year civil war, 2 million Syrians have been displaced, and 100,000 have been killed as of September. Additionally, millions more have been displaced inside the country. The civil war has made it difficult for Syrians to receive basic services or to find food and water, much less maintain sanitary living conditions.

In response to these conditions, UNICEF had recently charted a plane to Syria full of food and vaccines. Unfortunately, no polio vaccine was on this cargo, which is currently en route via truck to Syria. With 99 percent of the world’s population free from the dangers of polio, the work of fully eradicating polio is almost complete; and vaccines are the answer.

Every child needs to be vaccinated in order to globally eradicate polio. There are two forms of vaccine available to ward off polio – oral polio vaccine (OPV) and inactivated polio vaccine (IPV). Because OPV is an oral vaccine, it can be administered by anyone, even volunteers. One dose of OPV can cost as little as 11 US cents.

Eradicating polio is within our reach. In the meantime, vaccines are needed in Syria. 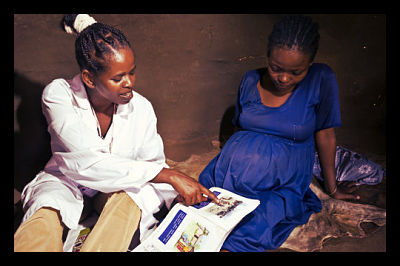 Many of us spent some time in May being thankful for our mothers. Something else that we may not think to be thankful for is the healthy and sanitary conditions mothers were able to give birth in. For women living in developing countries, this is a huge concern for pregnant women. One country, however, has proven to be the worst place to give birth: Chad.

This statistic was identified by the organization, Save the Children, in their annual Mother’s Index. The group uses an index that includes a woman’s risk of death during childbirth or pregnancy. Chad was deemed the worst place for a mother to give birth because 1 in 15 mothers are at high risk of dying while pregnant or in child labor.

A contributing factor to these startling statistics is that women get married and become pregnant at a young age. 50% of girls are mothers by the age of eighteen. These girls are at risk because their bodies are not fully developed enough to safely experience pregnancy and childbirth. Malnutrition is also a concern for mothers in Chad. High levels of poverty make healthy diets unattainable for many mothers.

The second worst country for women to give birth in is Somalia. This country is the highest ranking in not providing proper care during pregnancy, with 74% of women not receiving adequate care. Somalia also is barely behind Chad in terms of the risk of death during pregnancy and childbirth. In Somalia, one in sixteen women are at risk. The newborn child is also at danger when it is born in Somalia. About eighteen newborns die per 1,000 live births.

Other countries that are ranked in worst places to have a child are Niger, Sierra Leone, Liberia, Guinea-Bissau, Central African Republic, Mali, Nigeria and Guinea. In order to improve childbirth conditions in these developing countries, it is necessary to invest in health systems and the training of health employees, midwives and other who may assist in the birth process. With these improvements in healthcare, more women will survive and be able to celebrate Mother’s Day with their children.