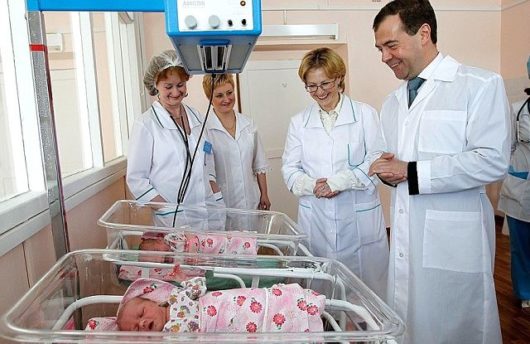 The reasons for this precipitous drop are numerous, but some stand out more than others. For a long time, public health in Belarus revolved around containing the fallout from two momentous events. One was the Chernobyl disaster in 1986 that directly affected more than 2.2 million people in Belarus, half a million of whom were children. Charities, nongovernmental organizations and United Nations system organizations focused on providing emergency care to those who had been exposed to dangerous amounts of radiation.

The other event was the breakup of the Soviet Union in 1991. According to the World Health Organization (WHO), health care in Soviet-era Belarus was centered on the Semashko system. In this system, industrial workers, believed to be the source of productivity and prosperity for the Soviet Union, were essentially considered more important than the rest of the population. This resulted in addressing their immediate health needs first while overlooking larger public health concerns and it also meant that health care professionals were not as highly regarded as industrial workers. Low pay and little respect for medical workers perpetuated a cycle of subpar health care in Belarus.

Independence from Russia brought economic decline for Belarus in the short-term, but it also created an opportunity to revamp the country’s approach to public health. Maternal health care in Belarus received some overdue attention. Between 2005 and 2010, several health resolutions were initiated under the new Government of the Republic of Belarus, including a greater focus on reducing maternal mortality rates.

One such initiative was to build health facilities in rural areas, so that expectant Belarusian mothers in agricultural townships would have the same access to care as their urban counterparts. Another was to create a multileveled perinatal care system, made possible with the support of the head of state who approved the allocation of funds to improve maternal health care in Belarus. This included employing almost 2,700 obstetrician-gynecologists to treat a population of roughly 4.8 million women of fertile age. This initiative was implemented in 2005.

The Progress of Maternal Health Care in Belarus

A doctor visit at the earliest point in a known pregnancy is optimal for the health of mother and child. To ensure that expectant mothers would adhere to this guideline, a monetary allowance was given to them as an incentive for seeing a doctor within the first 12 weeks of their pregnancy. As a result of this bold initiative, prenatal visits within the first trimester increased by approximately 93.5 percent.

Paid maternity leave in Belarus lasts between 126 and 140 days, depending on the difficulty of the labor. Fathers are encouraged to play an active role in the birthing process, with maternity wards made to accommodate families. Today, maternal health care in Belarus ranks 26th in the world. Belarus is a shining example of how a country can evolve over a matter of mere decades and transcend seemingly insurmountable difficulties.

With a maternal mortality rate among the lowest in the world and a compassionate and comprehensive maternal health care system, Belarus has defied expectations across the board. The aid provided to the country during the low points in Belarusian history following the Chernobyl disaster and the fall of the Soviet Union was an important stepping stone toward a healthier and more independent Belarus. The state of maternal health care in Belarus is a magnificent reflection of that.