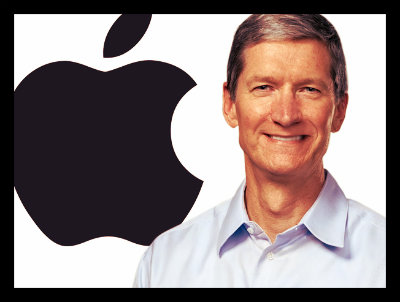 Want to enjoy a cup of coffee with Apple CEO Tim Cook? As of now it will cost you over $210,000. Cook has volunteered, through the online-auction site Charity Buzz, to share up to an hour of his precious time with two lucky (and deep-pocketed) winners. Proceeds from the auction will go to The RFK Center for Justice and Human Rights, an international nonprofit founded as a memorial to Robert F. Kennedy by his family and friends.

In the auction’s first day, Cook received 52 bids, starting at $5,000 and spiraling upward quickly. The leading bid Thursday evening was $210,000, and there are still 19 days to go until bidding closes on May 14.

The coffee chat will happen at Apple’s Cupertino, California, headquarters. The winner may bring along one guest.

The move fits in with the more open public persona Cook has adopted since replacing late Apple CEO and co-founder Steve Jobs. One of the knocks on Jobs was that he never contributed much of his considerable fortune, or celebrity, to charity — at least not in the public ways other tech titans like Microsoft’s Bill Gates and Facebook’s Mark Zuckerberg have. Not only does this coffee date allow two lucky Apple fans to live their dream, a great PR move, but it contributes to society as well, a greater PR move. 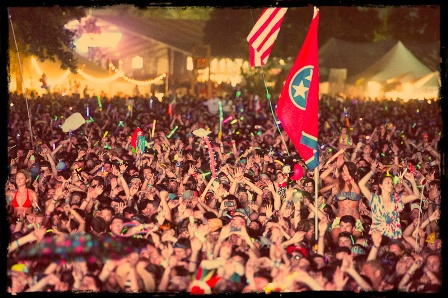 The internationally acclaimed Bonnaroo music festival has become one of the top, grand festivals in the world – and its philanthropic impact is greater for it. Event partner Rick Farman says, “One of our founding principles is to give back at the local, regional and national levels, and we are pleased that we’ve been able to significantly impact a number of organizations.” Since its inception in 2002, the event has donated a total of $5 million to regional and global non-profit organizations.

A portion of every ticket sold goes to the Bonnaroo Works Fund, and the fund then distributes the money to an amazing array of groups, including Doctors Without Borders, MusiCares, Habitat for Humanity, Boys and Girls Club of America, Rock the Earth, the American Red Cross, and the Sierra Club. The money also is allocated to emergency aid for natural disasters like the Haitian earthquake, and Hurricane Katrina. The fund is administered by the East Tennessee Foundation (ETF), which helps identify and vet organizations, looking for those that have the most impact, including arts, education, and environment sustainability. Additionally, Bonnaroo fans fully funded a solar panel system that will be used to generate power for the concerts.

This year’s outdoor festival is June 13-16 in Manchester, Tennessee, USA. A four day event with 150 performances ranging from musicians to comedians, performing on 10 different stages across 700 acres of farmland. An estimated 80,000 fans will camp out for the entire event. Some of the headliners for the 2013 Bonnaroo are Paul McCartney, Mumford & Sons, Tom Petty, Bjork, Wilco, R. Kelly, Wu-Tang Clan and many more.

Rick Farman further explained that Bonnaroo organizers have promised to significantly increase the amount raised over the next 10 years. The Bonnaroo Works Fund will provide for more innovative programs, and will upgrade charitable outreach and philanthropic support. 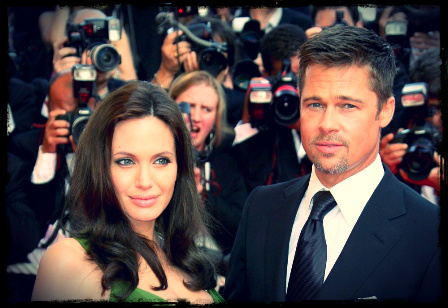 Sometimes we just want to know who is doing what to help those less fortunate, especially what celebrities are doing. Those special individuals who have tremendous wealth and are compelled to give some away in recognition of their good fortune, and in stark contrast to those who have so very little.

The site Look to the Stars lists celebrities and all their philanthropic contributions. The top 7 celebrities who are helping the world’s poor are Brad Pitt and Angelina Jolie who together give to 27 charities and in 2006 alone gave away $8 million. Bono is next on the list, not only contributing to 14 specifically humanitarian groups but actively creating organizations, concerts, programs, strategies and even clothing to reduce poverty. Then, Bill Clinton follows with contributions to 13 organizations, but primarily focuses on the foundation he created in his name to help with humanitarian causes. Rock legend and well-known philanthropist Annie Lennox donates to 11 related charities, principally Amnesty International and Greenpeace. George Clooney not only contributes to 10 poverty groups but also created his own campaign specifically to help those suffering in Darfur – Not On Our Watch. The seventh leading celebrity actively addressing poverty issues is musician John Legend, supporting 7 related campaigns and starting his own with partner Jeffrey Sachs – the Poverty Action Tour, trying to educate and inspire U.S. university students to get involved in the cause.

Top charities being supported by celebrities to assist the world’s poor are UNICEF, Save the Children, Oxfam, Entertainment Industry Foundation, Comic Relief, Soles4Souls, Artists for Peace and Justice, ONE Campaign, Sport Relief, (RED).

Interestingly, Bono was compelled to start his charitable work after seeing The Secret Policeman’s Ball in 1979, and John Legend immediately took action after reading The End of Poverty by Earth Institute, director Dr. Jeffrey Sachs.