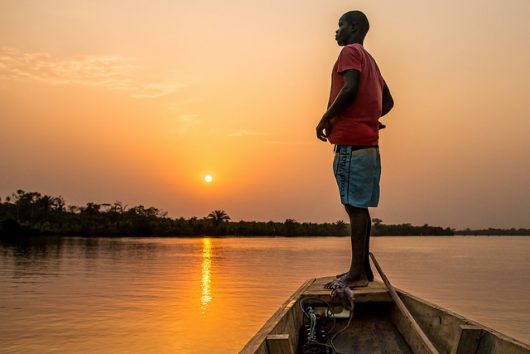 Côte d’Ivoire is located in Western Africa off the Gulf of Guinea. In recent years, Côte d’Ivoire’s increased stability has attracted foreign investment and its swelling middle class has created domestic demand. Both of these have been possible as a changing Côte d’Ivoire evolves with its three main crops: cocoa, coffee and cashews.

Côte d’Ivoire is a country with a troubled past. It began as a French colony that was granted independence in 1960 under President Felix Houphouet-Boigny, who held the post until his death in 1993. There was relative peace and democracy until the 2000 election when Alassane Ouattara decided to run against the current President Henri Konan Bedie. This election split the country into the north and south.

The north, led by Ouattara, was a Muslim-based rebel group; the South turned into a Christian-based government. Then, after some deadly hostilities, the U.N. sent a peacekeeping force in 2004. Events continued in this vein until 2010 when Ouattara was elected president. Laurent Gbagbo (who at the time had claimed leadership for himself) refused to accept terms, which led Ouattara to lead troops across the country in 2011. Gbagbo was captured and later tried for crimes against humanity.

It has been a long road since the end of the civil war in 2011, but the country has been on track for beginning to turn life around for its citizens. There are still instances of unrest, such as in 2017 when demobilized soldiers took to the streets, demanded pay and did not return to their barracks until the government had paid them back $21,000. In this particular instance, 15 people died.

There are also suggestions of the government using false accusation to hold journalists or publishers back. On February 12th, six journalists were held for 48 hours after they reported the payment to the mutineers. Another instance was when an online news editor was charged for releasing fake news after an interview with ex-President Gbagbo’s son, Michel.

Along with potentially wrongful convictions is the concern over Côte d’Ivoire’s ability to handle criminals. Particularly those accused of the human rights abuse during the civil war. The trial of former First Lady Simone Gbagbo led many to lose belief in the judiciary system after she was released.

Despite concerns, there have been some impressive steps in the right direction. President Ouattara is helping to create a changing Côte d’Ivoire with a new constitution as well as putting forth continued efforts to strengthen the judicial system. The government has also adopted a decree to help enforce the law that strengthened human rights defenders three years ago.

The increased stability has led to increased investment and the ability to focus on agricultural strengths. Côte d’Ivoire has the second highest growth rate in Sub-Saharan Africa standing around 8.8 percent as of 2016. While the middle class is currently at 23 percent. Both of these growth trajectories have been made possible by the cash crops (cocoa, coffee, and cashews).

The Côte d’Ivoire has evolved as successes and incentives increased interest from foreign investors. China has invested and given foreign aid totaling around $4 billion to the Côte d’Ivoire in the last 15 years. Such investments lead to improved infrastructure, especially in Côte d’Ivoire’s energy sector. With its growing energy sector, power demand has grown 10 percent within the nation each year from 2012-2017.

A changing Côte d’Ivoire has brought wealth and prosperity to the country. However, there is still a ways to go as Côte d’Ivoire learns how to face and deal with the aftermaths of the civil war. 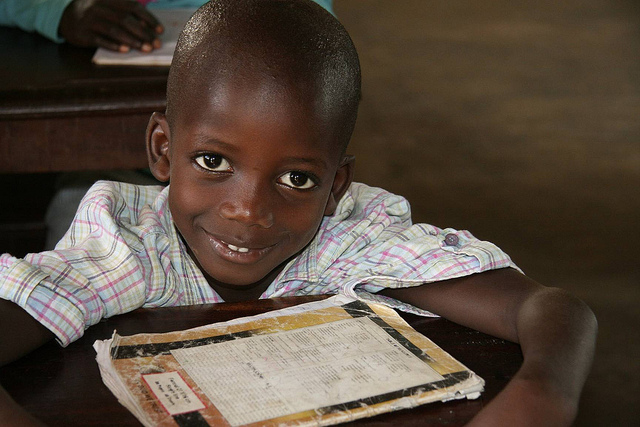 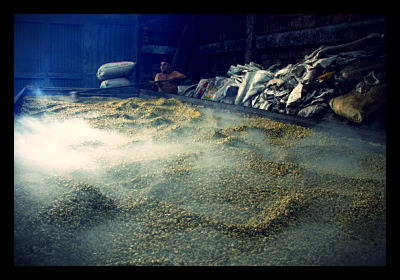 South America, the fourth largest continent in the world, arguably boasts the most impressive untapped natural resources in the world. South America has a solid agricultural background, and there could still potentially be room to grow.  It is one of the world leaders in agricultural production, and is in position to continue this trend for generations to come. Other South American countries have begun to follow the example Brazil has set in being the agricultural leader while the continent as a whole has profited from the benefits of exporting valuable food and other resources.

South America is a hotbed for agriculture for two main reasons; the rich untapped natural resources, and the various climates the continent possesses. The continent retains four climates, which range from tropical (wet and dry) to temperate (mild weather changes from season to season) while certain areas remain cold or arid.

The varying tropical climates cover over half of the continent with tropical wet and dry conditions occurring in the Orinoco River basin, the Brazilian Highlands and in a western section of Ecuador.

Many crops tend to thrive in the tropical areas of South America. Cashews and other kinds of nuts are cultivated in these regions, making them one of South America’s largest exports.

In fact, some of the world’s most popular fruits, such as avocado, pineapple, papaya and guava, are all produced in large increments in these tropical areas of South America. Not only do these edible, easy to manage crops improve South American agriculture, the continent has also become a strong resource of cash crops for the world.

Coffee was imported from the Old World in the 1800s and is grown in the highlands of Venezuela, Colombia and Ecuador. Nowadays, it is exported in large amounts from the key manufacturing parts of Colombia’s Cordillera Central, the basis of some of the world’s highest-quality coffees. The most notable native beverage, yerba maté, is brewed from the leaves of a plant indigenous to the upper Paraná basin. It is still gathered in its wild state in Paraguay, Brazil and Argentina.

Another cash crop, tobacco,  is cultivated in many countries but is produced commercially in large amounts in primarily Brazil and Colombia. The two most important native South American spices—allspice and red pepper—are exported from Brazil.

South American temperate climates are home to large numbers of livestock and other industrial crops. In these climates, corn runs as king of the crop. Corn is mass-produced in these areas, and is one of the biggest money-makers of the continent.

South America has steadily brought itself into an agricultural leader in the world. It produces many reliable crops and invests in the cash crop profits. By banking on the expansive natural resources, South America has found a model of success it can follow for generations to come.