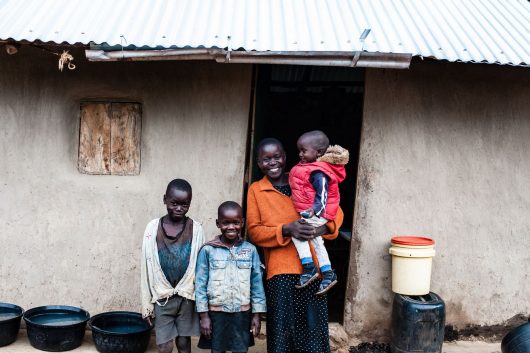 The nonprofit GiveDirectly has initiated a new cash transfer experiment that will provide at least 6,000 Kenyans with a test of universal basic income for 10 to 15 years.

According to the founders of this initiative, “…experimental tests show that the poor don’t stop trying when they are given money.” Instead, cash-based development initiatives result in people feeding their families, sending their children to school and investing in businesses.

Research also reveals that people prefer cash transfers over social programs because it provides them with more flexibility, freedom and dignity. In a study conducted in Bihar, India, 80 percent of the poor were willing to sell food vouchers for cash, with many offering discounts of up to 75 percent.

Considering this evidence, according to a Slate article, U.N. Secretary-General Ban Ki-moon has argued that “cashed-based programming should be the preferred and default method of support.”

For this project, GiveDirectly will randomly select dozens of villages in Kenya and provide every resident with a payment of between $0.70 and $1.10 for least 10 years. While $240 and $400 per year is extremely low by U.S. standards, it is equivalent or more than what the recipients ordinarily make.

World-leading academic researchers, including Abhijit Banerjee of MIT, will rigorously test this new system. The experiment will cost around $30 million, of which 90 percent will go directly to extremely poor households and the rest going towards having the money delivered.

The idea of universal basic income is currently being debated around the globe, with support from across the political landscape and pilot programs being considered by Finland and Canada.

To get the experiment started, GiveDirectly’s co-founders Michael Faye and Paul Niehaus are using $10 million of their own funds to match the first $10 million donated by others.

“At worst that money will shift the life trajectories of thousands of low-income households,” writes Faye and Niehaus in a Slate article. “At best, it will change how the world thinks about ending poverty.”