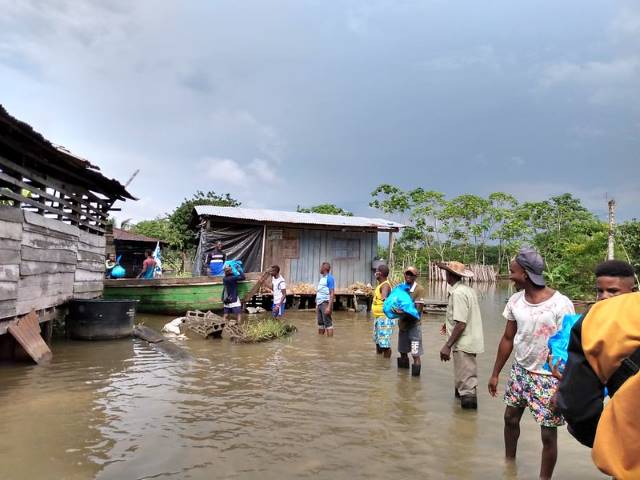 The Caribbean region is facing an accelerated amount of devastating storms and severe weather incidents. With the Atlantic hurricane season becoming longer and more aggressive, as well as the additional crippling effect of the COVID-19 pandemic, Caribbean nations are struggling to persevere. It was predicted that from June 2020 to November 2020 there would be as many as 19 named storms, with up to six potentially becoming major hurricanes. In the Caribbean, a typical hurricane season has 12 named storms and three major hurricanes. Caribbean nations have united on storm resilience in the face of disaster in order to strengthen their disaster response.

The COVID-19 pandemic has already made it difficult to rebuild from past storms. Economies have been critically damaged as many regions depend on tourism. Furthermore, the government has to now prioritize already minimal resources for the public health crisis instead of disaster relief efforts.

With more devastating storms to come, the well-being of these Caribbean nations is a critical concern. Amid the uncertainty, Caribbean nations have united on storm resilience to implement effective emergency preparedness and response.

Nations throughout the Caribbean are acknowledging the obstacle of insufficient investments in National Disaster Management Organizations (NDMOs) that stem from deficiencies in their institutional frameworks. In January 2021, The Caribbean Disaster Emergency Management Agency (CDEMA) launched an initiative to augment disaster preparedness and enact institutional evaluations for Eastern Caribbean countries like Dominica, Saint Kitts and Nevis, Grenada, Saint Vincent, the Grenadines and St. Lucia. These evaluations, conducted by in-person interviews and questionnaires from national disaster experts and program representatives, will find weaknesses in each countries respective NDMOs. From there, the initiative will create a foundation that will support future regional cooperation.

During these institutional assessments, a reoccurring fault was the inadequacy of the NDMOs ability to collect and manage triable data and information. In response, the project received further funding to implement data collection training workshops that cover managing COVID-19 and the oncoming hurricane season. To guarantee the sustainability of these reforms, the project needs to engage policymakers and stakeholders within the government as well as gain input from ministries of finance in the countries involved.

Caribbean nations have united on storm resilience by developing the Caribbean Catastrophe Risk Insurance Facility (CCRIF) in 2007 which provides the region with insurance coverage for hurricanes and earthquakes. This “sovereign parametric” insurance method is bought by the government and relies on risk modeling instead of on-the-ground damage evaluations to estimate the cost of disasters. The insurance policy automatically pays out when pre-agreed conditions like wind speed, rainfall and modeled economic losses meet or exceed a certain limit.

The United States Agency for International Development (USAID) has continued to support the International Federation of Red Cross and Red Crescent Societies (IFRC) to expand the Red Cross national societies in Caribbean countries. USAID allocated more than $43.1 million in 2020 to support disaster risk reduction activities in Latin America and the Caribbean. These tools will empower communities to adequately prepare for, respond to and recover from disasters.

Setting an Example During Turbulent Times

Preventing future destruction from violent storms and natural disasters will require serious commitment and collaboration among Caribbean nations. In addition, these circumstances call for increased international support during a time where pre-existing vulnerabilities have been intensified by a threatening pandemic. Witnessing how Caribbean nations have united on storm resilience in face of disaster can provide a positive example for other countries during a time where global unity is most essential.