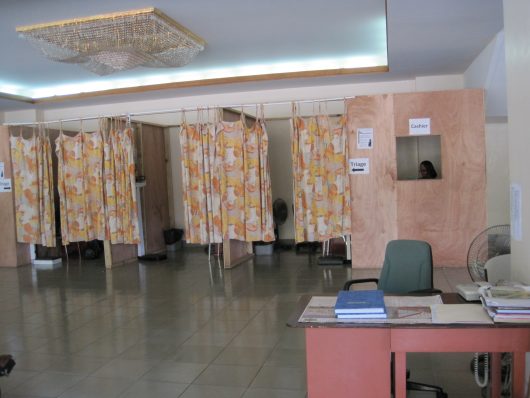 Saint Lucia is a small island nation in the Caribbean with a population of about 165,000 people. The citizens have a life expectancy of about 78  years. Although life expectancy is comparable to Jamaica and the United States, common diseases in Saint Lucia still have an impact on the population.

A stroke occurs when blood supply to the brain is interrupted. For example, a blocked artery or damaged blood vessel can cause a stroke. The signs of a stroke include numbness (often on one side of the body), trouble speaking, and loss of balance. Strokes can lead to serious disabilities or death. Both tobacco use and high blood pressure can cause a person to have a stroke. About 14,800 citizens in Saint Lucia use tobacco, which is likely a contributing factor for strokes in the country.

Although stroke and ischemic heart disease are the deadliest cardiovascular diseases in Saint Lucia, incidences of both are actually on a decline. Since 1990, stroke has had a four percent decrease in mortality rate, and ischemic heart disease has had a 16 percent decrease. Although these are small decreases, they are encouraging signs of improvement in Saint Lucia.

Zika is a mosquito-borne disease that is spread through the bugs’ bites. Common symptoms of Zika are fever, headache, red eyes and joint pain. If a pregnant woman contracts Zika, it can cause developmental complications in infants born from the infected mother. Infected patients can also become paralyzed, as Zika can cause the immune system to attack the nervous system.

As of August 29th, 2017 the Centers for Disease Control and Prevention has issued an alert level two in regards to the Zika virus in Saint Lucia. This means that although travel is not recommended, travelers can go to Saint Lucia so long as they use enhanced precautions.

Thanks to the Olympic Games in Rio 2016, the entire world put a spotlight on Zika. Consequently, this has led researchers to compete to find a vaccine or a cure for the virus. Although there is currently no cure or vaccine yet, there are many reports coming out saying researchers are getting a better understanding of the proteins which is essential to finding a cure. Once researchers find a cure, Zika will not be one of the common diseases in Saint Lucia.