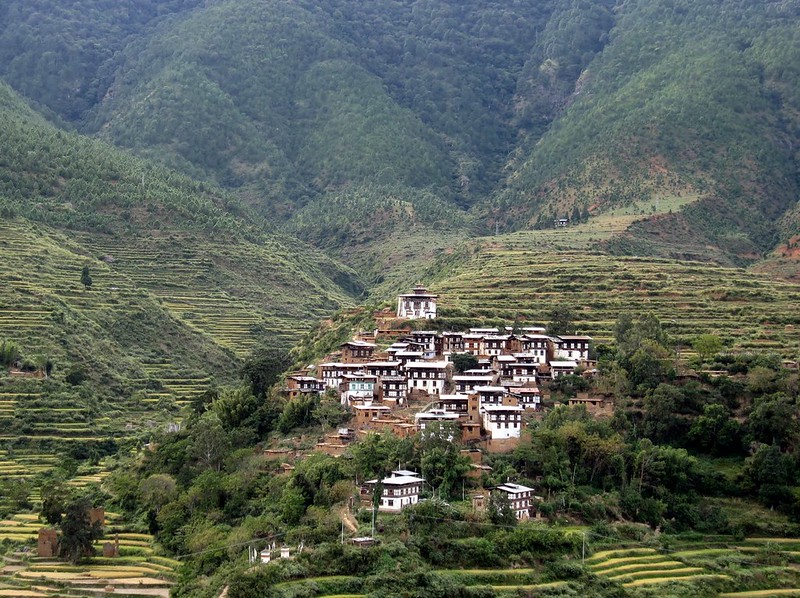 Bhutan is the world’s first, and only, carbon-negative country thanks to its focus on clean energy and environmental protection. Countries that are defined as carbon-negative absorb more carbon than they produce, rendering the net amount released negative. This is partially due to the over 70% of tree-covered land that absorbs carbon and Bhutan’s strict environmental sustainability initiatives. One form of clean energy that has allowed Bhutan to achieve this status is hydropower. Hydropower is also the country’s major export and main economic driver.

Hydropower has existed as a major sector in Bhutan’s economy since the 2000s, as it accounts for 27% of Bhutan’s revenue and about 14% of its GDP. In fact, Bhutan produces so much energy from hydropower that about 80% of its surplus power is exported to India.

The hydropower potential in the South Asian country of 765,000 people is found in Bhutan’s many powerful rivers in the Himalayan Mountains. There are at least five operational hydropower plants generating more than 1,600 megawatts (MW) of power. However, this is only a fraction of what the country can generate. Bhutan’s hydropower potential is estimated at 30,000 MW, and of that amount, 23,760 MW is considered economically feasible.

In order to reach the hydropower potential goal, more plants are in the work. Punatsangchu I and II, Nikachu and Khonlongchu are four such plants that will provide an additional 2,000 MW. This would double the amount of hydropower already produced in Bhutan. The projects will be complete within the next two years and strengthen past successes. The Mangdechhu plant (producing 720 MW) was completed in 2019 and is the most cost-effective power plant in South Asia.

However, Bhutan’s terrain is difficult to traverse when constructing hydropower plants, so completing an economically feasible project is rare. The proposed 2,585 MW Sankosh plant received grant money from a partnership between Bhutan and India in 2017 and will be the largest hydropower project in the region. The project will cost $1.65 billion, which is an ambitious and expensive project for a small country with a GDP of $2.3 billion. The project indicates the country’s push to continue hydropower development in Bhutan. Although Sankosh is still under discussion, the massive project could help Bhutan’s economy and lead to job growth once the dam begins construction. Hydropower projects usually involve hundreds of millions of dollars, yet the revenue earned by exporting surplus power covers the high cost in the long run.

Although hydropower development in Bhutan appears to help its economy, the excess power is also used to help those who lack the means to afford electricity. Free electricity is provided to rural farmers, which also prevents the need to use wood and gasoline for fuel. Bhutan has had a 99% electricity rate since 2017, which is a big jump from 61%  in 2006. More than 95% of Bhutan’s electricity comes from hydropower. The country’s focus on clean energy is why it’s a carbon sink; trees absorb all the carbon produced by its people.

Bhutan’s economic development since 1972 is based on Gross National Happiness (GNH), a unique political initiative that guides the country’s development in every area. The four pillars of Gross National Happiness include environmental conservation, good governance, preservation and promotion of culture and sustainable and equitable socio-economic development. This initiative helped guide hydropower development in Bhutan while also saving the surrounding environment. For example, as part of GNH, at least 67% of the trees in the country must remain according to Bhutan’s constitution. This helps prevent deforestation while keeping carbon out of the air. The country has reached only about two percent of its hydropower potential, yet hydropower development in Bhutan continues to grow.