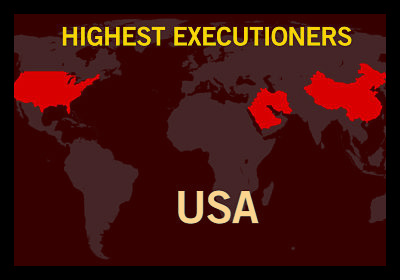 A decreasing number of nations around the world utilize capital punishment, but according to Amnesty International, countries that use the death penalty do so at an “alarming rate.” Between 2010 and 2011, known executions increased from 527 to 676, a 28% rise.

In 2012, the number increased again to 680. There are many executions in nations such as Iran, China and Syria that go unreported. Amnesty International has not published Chinese reported figures on executions since 2009 because the organization declares that the government’s official numbers are exceptionally inaccurate. The organization estimates that annual executions in China are likely to be in the thousands.

Iran faces similar criticism. Amnesty states that it has received “credible reports” of a high volume of clandestine and unconfirmed executions in the country. Adding in these reports would effectively double Iran’s death penalty numbers.

In 2011, only 20 out of 198 countries, or roughly 10%, performed executions, and in 2012 the number of countries that had abolished the death penalty was five times higher than those that had not.

The U.S. is the only G7 country where capital punishment is legal.

Methods of executing prisoners vary globally but include lethal injection, beheading, hanging and shooting. In some nations such as Iran, North Korea, Saudi Arabia and Somalia, public executions still occur.

Crimes that are punishable by death also vary but can include drug offenses, rape, sorcery, adultery, “crimes against the state” and murder. Amnesty International also articulates concern over an increase in military courts sentencing people to death in Bahrain, Egypt, Lebanon, the U.S. and other nations.

Japan, India and Pakistan, contrary to global trends, all reinstated the death penalty after long periods of not executing prisoners. In these nations, changes generally occur because different political parties come into power, which leaves sentenced prisoners’ fate to the politics of the moment.

More than half of the world’s nations voted in December 2012 for a United Nations resolution, creating a worldwide moratorium on the death penalty. And the international pressure on countries like the U.S. has intensified.

Due to stated ethical obligations, the European Union banned the export of drugs such as sodium thiopental to the U.S. because they were being used for lethal injections.

Richard Dieter of the Death Penalty Information Center states that the E.U. embargo has stalled, but not ended, executions in the U.S. He asserts, “It has made the states seem somewhat desperate and not in control, putting the death penalty in a negative light, with an uncertain future.”

Amnesty International, Human Rights Watch (HRW) and many other human rights groups oppose the death penalty in all circumstances. HRW states that capital punishment violates people’s innate dignity, is “unique in its cruelty and finality and is “inevitably and universally plagued with arbitrariness, prejudice, and error.”

When asked if he thought the world was closer to abolishing the death penalty, Brian Evans, acting director of Amnesty International’s Death Penalty Abolition Campaign, seemed to remain hopeful, if hesitant.

“They’ll come around when they take a longer look at their death penalties,” Evans states, “but it’ll be a while.”