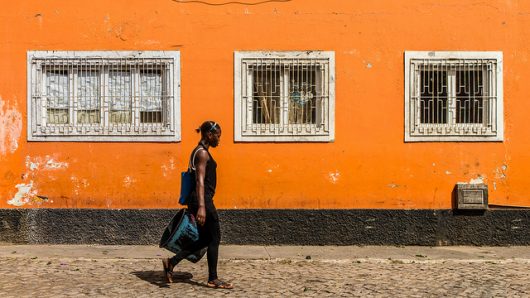 Cabo Verde, or Cape Verde, is a former Portuguese colony made up of 10 islands and five islets located just over 300 miles off Africa’s west coast. Why is Cabo Verde poor? Severe droughts during the 1900s killed 200,000 people and caused many to leave the islands.

Cabo Verde does not have many natural resources, and only 10% of the land can sustain crops. This makes the nation vulnerable to poor economic growth. Although the poverty rate has been reduced significantly, one-quarter of the population is still poor.

Tourism is a major source of economic growth in Cabo Verde and is credited as the main reason for the drop in poverty rates. Still, one is compelled to ask: why is Cabo Verde poor?

The Congressional Research Service reported that slow economic growth in Europe has fostered slow growth in Cabo Verde. This is because Europe is a major trading partner and source of foreign investment, and Cabo Verde is also a major tourist destination for many Europeans.

Despite all this, growth has recovered due to a resurgence in tourism and foreign investment. Gross domestic product grew from .93% to 3.63% between 2012 and 2016. Unemployment is now estimated to be at nine percent, which is a significant drop from 16.8% in 2012. Yet, one must still ask: why is Cabo Verde poor?

Public debt in Cabo Verde was 130% of the GDP at the end of 2016, according to the World Bank. It is also estimated that growth was above four percent which is 1.5% more than in 2015 but still not enough to bring down debt levels. The World Bank predicts that debt will continue to increase in 2017 because of a state-owned airline (TACV) and social housing.

Modest growth is predicted for Cabo Verde’s major trading partners which may slow foreign investment in the small nation as well. 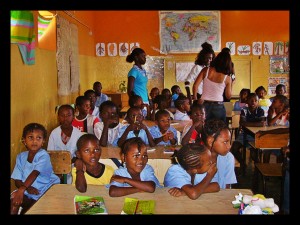 The implementation of new education techniques in 1975 led to a new era of students. This new mentality allowed for learning to flourish. Today, there are programs available for primary education, secondary education, higher education and special teaching education. Pre-school education accounts for children under the age of 6.

Education in Cape Verde is organized into a six-six formal education structure, meaning that children enter primary school at the age of 6, and then are required to attend school for six years. The secondary education level requires students to attend for five more years, grades seven through 12 (in terms of how the U.S. educational system is structured). Higher education is offered for those who are interested.

The secondary education level has a curriculum that focuses on the acquisition of scientific, technological and cultural knowledge in order to prepare children for the workforce. Technical skills learned in schools will help them be qualified for the labor market. In addition, the acquisition of artistic knowledge is available for those who prefer a paintbrush rather than a wrench.

Higher education seeks to ensure strong scientific, cultural and technical foundations, which are necessary for professional and cultural activities. Innovation, design and critical analysis skills are often the specific goals for this level, and universities are offered.

Since its impressive growth in education, Cape Verde has been looking to the future in order to ensure that education remains a focus. To this day, improvements are still being made in its literacy rate.

Recently becoming the world’s largest industry, travel is one of the hottest commodities on the market. With a trillion-dollar annual footprint, the travel business has major economic and political power. However, not all destinations are created equal. Where you, as a traveler, choose to journey can either encourage best practice behavior from mindful countries, or support the harmful tourist industries of their irresponsible counterparts.

Ethical Traveler is an all-volunteer, nonprofit organization that seeks to use tourism to protect human rights and the environment. Every year, Ethical Traveler compiles a list of 10 developing countries with vibrant tourism industries that will put your traveling expenses to good use.

The countries that made the list are those that scored best in the categories of support of human rights, preservation of the environment, social welfare and animal welfare. According to Ethical Traveler, “Each country selected as a Best Ethical Destination also offers the opportunity to experience unspoiled natural beauty, and to interact with local people and cultures in a meaningful, mutually enriching way.”

This year’s winners may surprise you; the majority of these unusual destinations are off the beaten path, but promise an outstanding vacation with values you can feel good about. Here are the 10 most ethical vacation destinations.

These islands prioritize conservation and sustainability, as shown by the efforts to establish new Marine Protected Areas and the expansion of a number of protected acres in a major National Park. The Bahamas made great strides to combat human trafficking this year, with the first prosecution under human trafficking law.

Cited by Ethical Traveler as a “best practice model for the Caribbean,” Barbados promotes sustainable tourism while protecting its coastline. The child mortality rate in Barbados is particularly low, and this nation received the highest possible score in the categories of Political Rights and Civil Liberties –higher even than some developed countries.

This country has the goal of making energy 100 percent renewable over the next two decades. Cape Verde is also an outstanding example of an African country with stellar attention to political and civil rights, with laws that prohibit discrimination on the grounds of sexual orientation, and holding its first Gay Pride Week this year — the second to take place in all of Africa.

This island boasts unspoiled forests and native species. An emphasis on protecting wildlife includes the preservation of native frog and iguana populations, along with a valiant effort to save endemic mountain chickens, which only inhabit two islands in the world. Dominica has expanded solar power across the island, and has the goal of being energy-independent and carbon negative by 2020.

Of the winning destinations, Latvia scored the highest in environmental protection. This nation has been acknowledged as one of the top performers in the world in both environmental public health and ecosystem vitality. Not only does this country have a pristine environmental record, it is the highest ranked of the 10 countries in gender equality.

Like Latvia, Lithuania is a leader in environmental and animal protection. Lithuania made strides in social welfare this year by reaching it’s Millennium Development Goal for under 5 mortality rate, which has dropped by a whopping 52 percent since 2000.

This year Mauritius announced an impressive renewable energy goal, aiming for 35 percent renewable use over the next two decades. The U.N. praised Mauritius for having made ‘substantial progress’ in social welfare this year, due to their improvements in property rights and labor freedom.

In Palau, 28.2 percent of precious marine and terrestrial area is protected – the highest percentage out of all the countries on this list. Press freedom in Palau is impressive; this country prides itself on exemplary freedom of press for a developing country.

Uruguay is in the process of building 21 wind farms, and is working toward the goal of 90 percent renewable electricity by 2015. Uruguay dominates the category of human rights, with laws passed this year allowing marriage equality and the legalization of steps toward ending unsafe abortions. This country’s equality ranking was second only to Chile.

By visiting the destinations on this list, travelers can reward developing countries for their promotion of sustainable tourism and ethical laws. The additional economic support from tourism will allow these nations to continue improving their countries, and protect the valuable natural resources that make them such appealing places to explore. 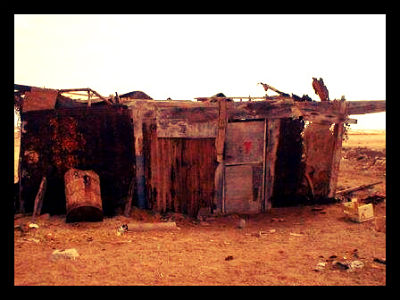