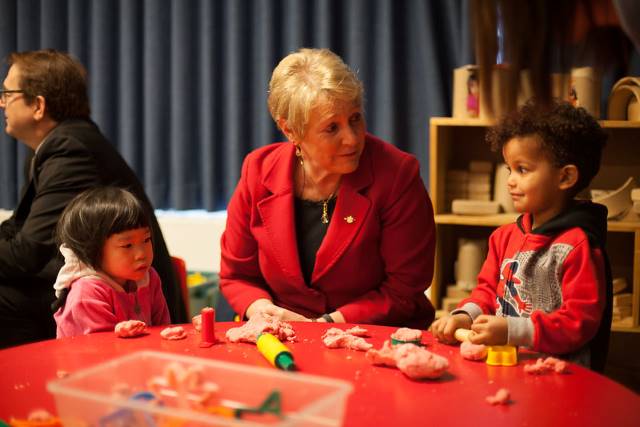 On April 19, 2021, the Canadian Government announced a new budget that includes increased support for Canada’s childcare facilities. The proposed financial support would reduce the average cost of childcare, granting the greatest benefit to Canada’s most economically vulnerable families. Though arranged by the federal government, the changes were advocated for by several non-governmental organizations (NGOs), including Child Care Now.

The government’s commitment to increasing childcare affordability is part of a newly proposed budget written to address the economic ravages of the COVID-19 pandemic. The new budget would allot $30 billion to childcare spending over the next five years.

Presently, costs for childcare vary widely across Canada. In Quebec’s cities, the monthly cost of childcare is less than $200 due to an initiative passed in 1997 that standardized childcare costs. Outside of Quebec, the average monthly cost can range anywhere from $451 in Winnipeg to more than $1,500 in Toronto. The high prices are burdensome for all Canadians, but particularly so for the nation’s impoverished communities.

Child Care, Poverty and the Pandemic

Though not the pandemic’s most obvious impact, a lack of affordable childcare has strained Canada’s economy over the past year. Some of the strain stems from Canada’s childcare facilities and schools being closed to prevent the spread of the virus. As a result, many working parents, particularly mothers, have had to take care of children instead of working.

The pressure that the COVID-19 pandemic has put on women and mothers is reflected in Canada’s 2020 labor statistics, which show that women have exited the workforce at higher rates than men. In fact, the number of men in Canada’s workforce has increased by more than 60,000, while the female workforce has shrunk by at least 20,000.

A large proportion of the women impacted by job losses are low-income mothers. A review of labor statistics found that among mothers ages 25 to 54 who had children younger than 12 years old, the mothers making less than $1,200 per week accounted for most jobs lost within that maternal demographic. Mothers in that group who made more than $1,200 per week actually increased representation in the workforce by almost 12%.

The same report also shows that mothers left the workforce at higher rates than other Canadian women in 2020. For instance, among women ages 25 to 54 who make between $500 and $799 per week, there was an almost 34% decrease in employment among mothers compared to a 21% decrease among women without children. This trend holds true for other earning brackets below $1,200.

While not all job loss among Canadian women can be attributed to maternal responsibilities, motherhood has clearly been a contributing factor for many women who have lost jobs during the pandemic. The fact is particularly true for low-income mothers who are least likely to have a job that will allow them to work from home. Without access to affordable childcare, mothers will continue to remain stuck between joblessness and caring for their children. The new Canadian budget and its advocates aim to solve this bind.

One of the NGOs that gave support to the new budgetary spending on childcare was Child Care Now. Child Care Now is a Canadian nonprofit organization founded in 1982. The organization advocates for increased government spending on public and nonprofit childcare facilities. The nonprofit’s membership is made up of parents, childcare professionals and all parties concerned with the availability of accessible, affordable and safe childcare. Among the most pressing goals is the expansion of public childcare options throughout Canada.

On February 19, 2021, Child Care Now submitted a budgetary consultation to the Federal Ministry of Finance. In this consultation, Child Care Now made a case for increased federal spending on Canadian childcare, both in response to the impacts of COVID-19 and as an investment in the future of Canada’s childcare system.

Among the recommendations made by Child Care Now is the allotment of $2 billion in emergency spending to bolster Canada’s childcare facilities as well as the allocation of an additional $10 billion over the next three years to increase the access and affordability of public and nonprofit childcare options. When the government announced $30 billion in new spending on childcare, the response from Child Care Now was enthusiastic.

While the new budget still needs to be passed by the Canadian House of Commons, Canada’s investment in affordable childcare shows that the government is committed to the well-being of Canadian families. Should the budget pass into law, it will undoubtedly benefit the low-income mothers who have suffered the brunt of the pandemics’ economic hardships.