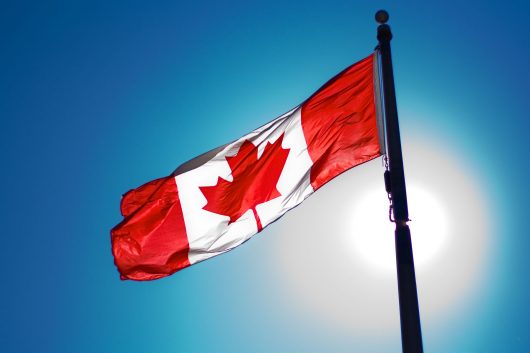 People in the U.S. generally know little about their northern neighbor, Canada. Its parliamentary system, federal system and until recently, its leader remained unknown. But Prime Minister Justin Trudeau has changed that. The charismatic gentleman held the spotlight, at least for a time, in the press. However, many of his international supporters may find a surprise waiting for them across the border. According to the BBC, Canadian foreign aid spending is ranked last among its peers.

According to the CBC, a year after Prime Minister Trudeau took office in 2015, Canadian foreign aid shrank by 4.4 percent. Now, this could be attributed to the prior government. It is difficult to rearrange an entire government’s budget overnight; it is difficult to do it even in a year. For comparison, the 29 other members of the Development Assistance Committee, a part of the Organization for Economic Co-operation and Development, agreed to a minimum of 0.7 percent of a nation’s gross national income. Canada allocated 0.28 percent, or $3.9 billion. Unfortunately, in 2016, only six countries in OECD met their goal.

There is some hope for an increase in Canadian foreign aid in the future. According to Canadian Financial Minister Bill Morneau, Canada will add $2 billion to its foreign aid budget in 2018. This comes at a time when the prime minister has decided to adopt a feminist international assistance policy. Within the same five years that Canada will increase its foreign aid budget, it will also change and narrow its target. The prime minister set a goal that 95 percent of Canadian foreign aid will be aimed at gender equality. The money will be used to fund educational programs and charities in particular. This increase in funding is the largest in 16 years and has earned praise from charities throughout Canada and from U2 frontman and philanthropist Bono.

Nations around the world, especially the U.S. and the U.K., use private sector partnerships to boost economic development in certain areas. These are areas where the private sector partner can also turn a profit. These partnerships are controversial because of the unpredictable social, economic and environmental impacts they have on the local area and population. However, they have also had positive results in many communities.

In Burkina Faso, for example, the material wealth of the people working in the mines improved after Canadian company Iamgold partnered with the Canadian government to open the largest mine in West Africa. Housing was built, utilities improved and schools and medical centers were constructed. Due to Canada’s mining expertise (the country is home to more than 60 percent of the world’s mining companies), the government has decided to focus on mines. Prime Minister Trudeau intends to include these private sector partnerships in his new plan.

It seems that Canada’s new prime minister means well and wants to expand Canada’s positive global impact. It can take many years for a nation to adjust the course of its spending, and Canadian foreign aid is slowly heading in a positive direction. Prime Minister Justin Trudeau used “Canada is back” as a slogan during his campaign in 2015. In 2018, Canada will begin its increase in foreign aid and its new feminist program. It will also host the G7 summit in June. This year is the year that Justin Trudeau can prove Canada is back.