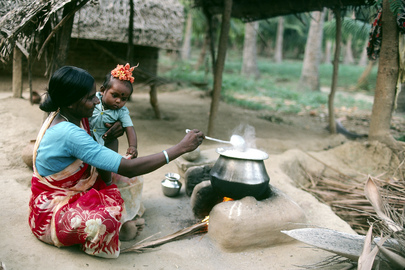 Health officials are conducting a new randomized trial approach to get parents to take their children to clinics for immunizations in developing nations.

Using a reward system based on the “randomist” economics principle, parents are given gifts for the primary and final round of immunizations their children successfully complete, raising the number of children protected against life-threatening and preventable illnesses.

Immunizations are currently one of the most cost-effective and reliable methods available to prevent childhood death and illness.

Yet, despite the fact that standard immunizations are free at public clinics throughout India, an estimated two to three million people die each year due to diseases that could have been prevented by vaccination. Vaccinating children at a young age can help significantly reduce the number of preventable deaths in India.

Currently, 70 local clinics in the Indian state of Haryana are running trials to see if gift giving will improve immunization rates. In these clinics, parents are given one kilogram of sugar for bringing their children in to start the first of a standard series of vaccinations.

Parents are given further incentives to make sure that their child completes the entire series by being promised a free liter of cooking oil if they comply.

The 70 clinic test group is a part of a larger scale experiment using randomized controlled trials, where some clinics are randomly chosen to give gifts and others are not, to see if communities with chronically low immunization rates can be improved with little incentives.

The results for the larger trial are not expected to be available until next year, but smaller trials conducted in India have already produced amazingly positive results. In 2010, a pilot program set up monthly medical camps in locations with poor immunization rates.

The establishment of these camps tripled completion rates. Taking it a step further, camps started to offer families a kilogram of lentils and a set of plates for their compliance, increasing completion rates sixfold.

Economist Esther Duflo, from the Massachusetts Institute of Technology (MIT) in Cambridge, who was involved in the 2010 trial and is currently working with the Haryana trial, says that it’s not a sense of greed or lack of care for their children that creates low immunization rates.

Experts involved in the 2010 and other regional studies found that families were generally interested in vaccinating their children but, due to external factors, such as distance, cost and time commitment, could not do so.

A full course of immunizations typically requires a minimum of five visits, so many families cannot justify the effort without the incentive provided by the randomized trials.

Although randomized trials and using economics to combat poverty-related issues is a fairly new practice, the popularity of randomized trials is gaining momentum throughout the international development community due to their incredibly successful results.

According to one of the leading randomist economists, Dean Karlan, at Yale University in New Haven, CT, “We’ve changed the conversation.”

Duflo is hopeful that this shift in conversation will lead to radical strides in poverty reduction.

Through her efforts in co-creating the Abdul Latif Jameel Poverty Action Lab (J-PAL) in Cambridge with two fellow MIT economists, more than 600 evaluations in 62 countries have been conducted and 6,600 people have been trained to administer and measure the results of randomized trials.