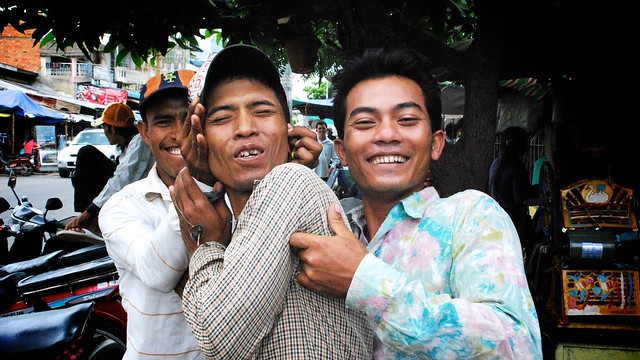 Cambodia is a country in Southeast Asia that has struggled to maintain a robust democracy for nearly its entire history. For decades, military coups and civil war have made democracy difficult to implement in Cambodia. Generally, the international community has struggled to find a way to successfully institutionalize democracy within the country. Back in January 2019, U.S. congressman Ted Yoho introduced the Cambodia Democracy Act of 2019 in order to deal with this problem. However, before delving into the details of the legislation, it is important to understand that democracy in Cambodia has a troubled history.  Furthermore, it is essential to understand how those troubles have prompted a response from U.S. lawmakers.

History of Democracy in Cambodia

Prime minister Hun Sen is a key piece in understanding why democracy has struggled to firmly take hold in Cambodia. He became prime minister of Cambodia in 1985. At the time, various armed factions had plunged the country into civil war.

In the early 1990s, a massive United Nations peacekeeping force attempted to disarm and bring ceasefire between the various factions, run national elections and promote democracy in Cambodia. Nearly 20,000 military, police and other personnel made up the force.

In 1991, the Paris Peace Accords officially brought the conflict to an end, which outlined basic protections for human rights. The agreement also promoted free and fair elections within the country.

The 1991 agreements led to the creation of the United Nations Transitional Authority in Cambodia (UNTAC). The UNTAC facilitated national elections in 1993. During these elections, guerillas carried out violent attacks on U.N. peacekeepers. The Hun Sen-led Cambodian People’s Party (CPP) engaged in a massive campaign of violent intimidation against people who might vote against them.

The royalist Funcinpec party won the majority of seats in the National Assembly. Norodom Ranariddh, the son of the former Cambodian King Sihanouk, led the party. Hun Sen and the CPP did not accept the results of the election. As such, they were able to force their way into a power-sharing agreement. This ultimately allowed Sen to serve as deputy prime minister alongside Ranariddh.

However, this agreement broke down in 1997 when Hun Sen seized power from Ranariddh in a coup. Cambodia then elected him prime minister in the following elections. The CPP would go on to win elections in 1998, 2003, 2008, 2013 and 2018. In order to preserve his grip on the country, Hun Sen has wielded increasingly autocratic power to crush the opposition. In 2017, authorities arrested the leader of the Cambodian National Rescue Party (CNRP), the leading opposition party to the CPP, on trumped-up charges of treason. Two months later, the Supreme Court suspended the CNRP entirely. In the 2018 elections, which international observers considered illegitimate, the CPP won more than 100 of the 125 contested seats in the National Assembly.

The Cambodia Democracy Act of 2019

Following Hun Sen’s crackdown on dissent prior to the 2018 elections, U.S. lawmakers became increasingly vocal about promoting democracy in Cambodia. Ted Yoho has been chief among these lawmakers. He is a Republican congressman representing Florida’s 3rd congressional district.

According to its description on GovTrack, the Cambodia Democracy Act of 2019 aims to “promote free and fair elections, political freedoms, and human rights in Cambodia.” Specifically, the bill would authorize the president to impose various sanctions on Cambodia’s security, military and government senior officials. It would also authorize sanctions on those who might be undermining democracy in Cambodia and controlled by said individuals. The International Emergency Economic Powers Act outlined these sanctions. It includes economic sanctions such as asset freezes and visa restrictions. Penalties for undermining democracy would be the same as those under the IEEPA, which can reach fines of up to $1 million.

There is a 4 percent chance that Cambodia will enact the Cambodia Democracy Act of 2019. This is an estimate according to Skopos Labs. However, Congressman Yoho is still confident about the bill’s prospects. In a phone interview with VOA Khmer, Yoho said, “We had a lot of bipartisan support last year and I think you’ll see the same amount this year…”

U.S. Support of Democracy in Cambodia

Overall, the fact that the legislation is drawing support from across party lines is an encouraging sign that the U.S. is willing to promote democracy in Cambodia. Additionally, there is a possibility that the U.S. could pressure the Hun Sen regime to put an end to its autocratic abuses of power.