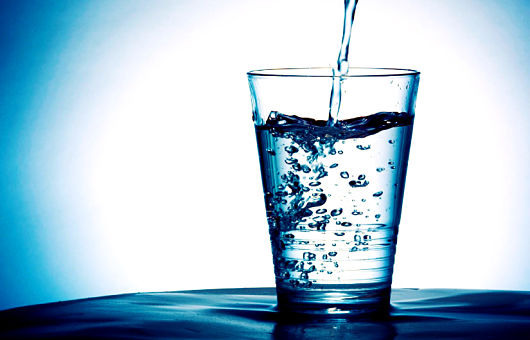 Without water, there is no life. It is as simple as that! Because water is essential to the human existence, it is no wonder that it is also a source of conflict, controversy and security concerns around the world. Here is why:

(1) People NEED water: It goes without saying that water is essential to human existence. That being said it is no surprise that people will do whatever it takes to get their hands on water sources. Over the last hundred years, the earth has experienced a drastic decrease in potable water sources, and people are beginning to notice. Potable water resources have been a center for discussion amongst many leaders in the international community as a result.

(2) Cultural and border conflicts: Difference cultural and religious groups have disputed over different bodies of water for hundreds of years. A main concern regarding water scarcity is the potential conflicts that may erupt because of lack of resources. Occupation of territories with water, civil wars and intra-state conflicts and even international wars over water sources are all concerns that many scholars see in the future with regards to water scarcity.

(3) Outbreak of Violence: Many studies have shown an interesting link between limited resources (i.e. water) and internal violence in states. The Middle East has seen a history of “water wars” persisting around the claiming and use of particular water sources in a region that has limited water. This is something that many scholars see as a future threat around the world as water sources continue to diminish.

(4) Science can only take us so far: One of the grave assumptions many people make is that technology regarding water sustainability will eventually catch up and alleviate the issue. However, we have not seen effective technologies as water resources around the world continue to deplete. Despite being the most abundant resource on the planet, only about 2.5 percent of the water on the planet is able to be used for human consumption, agricultural purposes and so on, limiting our options.

(5) WHERE IS ALL THE WATER GOING?! : In the United States, we have already begun to feel the impact of depleting water resources. California is experiencing an intense drought, forcing the government to create new laws to preserve as much water as possible. However, with climate change and little to no rain in the region, it seems that legislative restrictions are not enough. Throughout the world, certain regions see even more limited resources, as is the case in Africa and the Middle East, where climate change continues to deplete water sources.

Water continues to be a central concern in international security, especially with depleting resources. Without changes in legislation, daily habits and water usage, these concerns will only grow more imminent and detrimental. But even if these changes made, one can’t help but wonder if it is too late? Are Water Wars something we will see in the future, throughout the world? 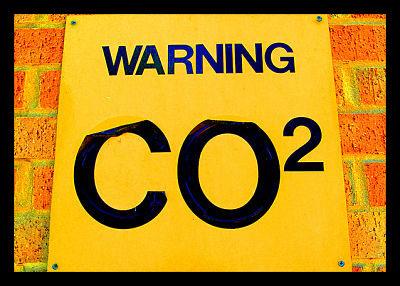 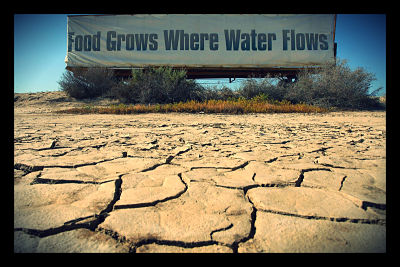 Following one of the worst droughts California has ever seen, experts are strongly advising that a long-term strategy for water use be implemented. The state currently has a quarter of its normal snowpack and water scarcity is expected to become a growing concern in California.

Scientists have also went on to attest that the effects of climate change may be devastating to California with more frequent and prolonged droughts to be expected in the future. Freshwater sources in California also stem largely from Sacramento and San Joaquin River basins, which have lost significant amounts of water already in the past few years.

Since 2011, the river basins have lost about 20-cubic-kilometers of freshwater and are now at their lowest point (in terms of water level) in the past decade.

The scarcity of water in California has alarmed many people and the government has already implemented programs to lower water usage. Accordingly, Governor Jerry Brown has urged the people of California to reduce their water usage by 20%.

The state has also proposed strict changes in their water policies to try to enact a short-term approach to the drought-stricken state. These policies include “moving toward comprehensive groundwater management, more treatment and reuse of wastewater, more use of storm water, more water efficiency improvements and adjusting water prices to fully cover associated costs.”

However, with the long-term projections of freshwater availability in California, the state will have to implement long-term solutions to the problem.

Because of the effects that water scarcity will have on the agricultural sector, which is heavily tied into the domestic economy, United States President Barack Obama has announced that he plans to appropriate funds towards the drought in California. On February 14, Obama proposed a 1 billion fund to alleviate the future impacts of climate change across the U.S.; he has also pledged 183 million towards drought relief programs in California.

After unusual weather events across the globe, including the heat wave in Australia, America’s polar vortex, flooding in Europe and the drought in California, the president has recently made steps to push his agenda on climate change. Especially focusing on rural America, Obama has also made steps to ensure the future of American agriculture, a sector that is already being heavily threatened by climate change impacts through various weather events.

The federal funds proposed by Obama are expected to become frequent as time progresses due to the projections of increasing severity in weather related events. In addition to the environmental stability that climate change threatens, economic stability is of the greatest concerns. Both short-term and long-term solutions will be required because problems are already evident, and they are expected to get significantly worse.

As stated by Obama, “A changing climate means that weather-related disasters like droughts, wildfires, storms, floods are potentially going to be costlier and they’re going to be harsher.”