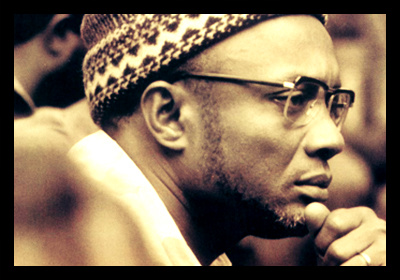 In 1973, only a few months before Cape Verde won its independence from Portugal, Amílcar Cabral, activist and leader of the African Party for the Independence of Guinea and Cape Verde (PAIGC,) was assassinated outside of his home. Like many of the world’s greatest leaders he was gone before his time. Now, about 40 years later, film director and producer Val Lopez, a native Cape Verdean and Cabralist, is making a series of three movies dedicated to Cabral, his lasting influence and the ongoing struggles in Cape Verde and Guinea.

Cabral fought in the battlefield for the independence of Guinea and Cape Verde from Portugal, but his efforts were not targeted only on governmental independence. Cabral believed that to truly be a free nation the native Africans had to speak in their own language, not Portuguese, and be celebratory of their own culture rather than be dominated by European art and media. According to Lopez, these ideas of patriotism have taken hold in Cape Verde, but Guinea is a different situation. The school children of Guinea “aren’t learning about Africans, they’re learning about Europeans,” Lopez lamented. “The heroes we have in Africa are not African. They are from Hollywood movies.” Lopez worries that if Africans are not patriotic, they will leave their country and never return to help it prosper.

Another factor of ultimate independence is economic separation from other countries. Cabral, who was influenced by Karl Marx but was not a Marxist, dreamed of African countries that controlled their own banks, energy, communications and other systems. During Cabral’s lifetime, Cape Verde was colonized by the Portuguese and therefore had no control over its own economy, but even now that they are an independent nation everything remains in the hands of various foreign companies. “Cape Verde has chosen to form alliances with European countries where the economic systems are failing,” Lopez explained. “Cape Verde will never develop if this continues.”

Cape Verde currently has a 25 percent unemployment rate, 52 percent literacy rate (as compared to the United States’ 99 percent literacy rate) and about 30 percent of the population is considered to be living in poverty, with 14 percent in extreme poverty. Lopez cites neo-colonialism as extremely detrimental to the country’s growth, claiming that the biggest issue is that because these countries have been colonized, they do not know any other system than relying on other countries.

Lopez described a recent trip he took to Guinea and said that the country “has everything they need to grown their own rice but people aren’t growing rice, they’re importing it.” If Guinea was to grow its own rice the country could only benefit. People would have more work, less rice would need to be imported and some of it could be exported for a profit.

According to Lopez, the reason that Guinea has not advanced yet to this point is because the political party that opposed the PAIGC is now the ruling party, and “people who opposed [Cabral] are still alive.” School children are not taught about Cabral and many younger people have never heard of him. When asked what issues he believes Cabral would be focusing on if he were still alive today, Lopez said that most issues would have already been solved if Cabral had lived longer. “People would be educated,” he said. “Without him people don’t know that there is another way.”

Although Cabral focused extensively on Guinea and Cape Verde, Lopez made it very clear that Cabral does not “belong” to either of these countries, saying that the activist’s inspiration is humanistic and universal. Lopez concluded by saying that Cabralists have every reason to be optimist. “This is the man who Mandela referred to as ‘my master,’” he said proudly. “His ideas transcend time, and we must think ‘Cabral’ until Guinea, Cape Verde… Africa becomes developed.”