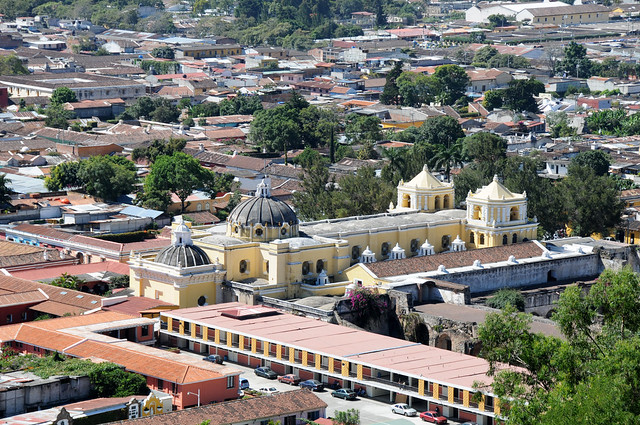 In March 2019, President Trump announced wanting to cut U.S. aid in Honduras, El Salvador, and Guatemala. These three countries are known as the Northern Triangle of the U.S. government’s Plan of the Alliance for Prosperity (A4P) Initiative.

This is a U.S. strategy to address the security, governance and economic prosperity of these regions. The effectiveness of the A4P initiative and the numerous benefits it presents to both the Central American region and the United States has led to bipartisan support in the U.S., and to cease the aid to the northern triangle would be counterproductive to both the interests of the United States and Central America as a whole.

Since the 1980s, Central America has seen a decline in armed conflict and has become politically stable. Additionally, in the past decade has become a strong economic partner to the United States. While all of this implies significant progress in the region, the region remains stagnant with high crime rates and nearly half of the population currently lives in poverty.

Honduras has received over $3 billion from USAID since 1961. The bulk of this aid impacts sustaining economic growth and establishing economic stability. Some efforts to obtaining these goals are increasing access to health services, expanding exports, improving education infrastructure and strengthening the nation’s democratic systems. In sum, these initiatives address threats to Hondura’s stability.

That being said, included are high crime and violence rates and widespread poverty and food insecurity.  Additionally, there is a presence of government corruption and ineffectiveness. According to the U.S. Department of State, Honduras reliance on foreign assistance, provided by the U.S. is crucial to there development and safety.

Over the past 50 years, USAID assistance in El Salvador has provided economic opportunity. It aids in improving educational and health care systems and supporting disaster relief and economic development.

Specifically, the bulk of assistance in health care is targeting infant and maternal mortality. With the assistance of USAID, the mortality rate in El Salvador has dropped from 191/1000 to 16/1000 between 1960 and  2008. Access to education and literacy rates have steadily increased over the years as well.

Guatemala is experiencing population growth and has become the most populated country in Central America. The Guatemalan government and USAID have been working together to strengthen security for citizens and stimulate economic growth. The efforts of USAID have had a significantly positive impact on addressing some of Guatemala’s security concerns.

The Northern Triangle’s future development and prosperity are heavily reliant on the continued support of the United States. Eliminating U.S. aid in Honduras, El Salvador, and Guatemala would be counterproductive to both the goals of the U.S. and the Northern Triangle. U.S. aid to El Salvador, Honduras and Guatemala will be able to improve the overall quality of life of Central Americans.