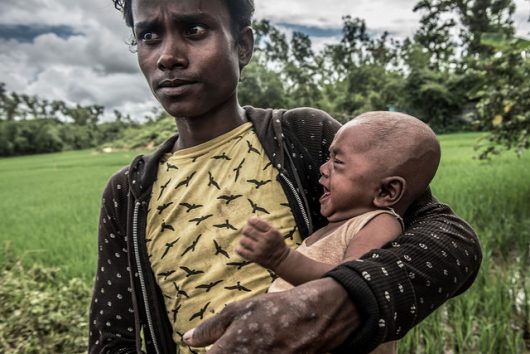 The Burma Human Rights and Freedom Act of 2017, a bill focused on promoting democracy and human rights in Burma, was recently introduced in the United States Senate.

While Burma has taken steps towards becoming a full democracy, the country operates under a constitution in need of reform. Drafted in a convention boycotted by the National League for Democracy, Burma’s constitution fails to fully recognize the rights of ethnic minorities and guarantees the military’s nominees one-fourth of the seats in parliament. Due to the rule that more than three-fourths of parliament must agree in order to amend the constitution, this means that no changes can be made to the constitution without the support of the military.

The military’s involvement in government is especially concerning for Burma’s large population of various ethnic groups, particularly the Rohingya, who they are engaged in a violent civil war with. In the past two months, over 600,000 Rohingya people have been displaced from their homes. In what is essentially an ethnic cleansing, the military is persecuting the Rohingya by burning down their homes, raping women and young girls and torturing and killing prisoners and civilians.

Many civilians have become refugees but most do not have access to basic care. Over 95 percent are drinking contaminated water and many are starving before they even cross the border. Refugee camps are growing quickly and so are the rates of malnutrition and disease, particularly in children.

The goal of the Burma Human Rights and Freedom Act of 2017 is to end the suffering of the people of Burma and establish a democracy that will respect their human rights. If this act is passed, $104 million will be used to assist the victims of Burma’s military and to help those who are displaced to return home.

The act also states that the U.S. government will demand accountability for all who have committed crimes against humanity and lays out a plan for economic restoration as well as assures its intentions to place economic sanctions, visa bans and trade restrictions where necessary.

This act would greatly benefit the refugees who are currently starving and the aid groups who are stretched too thin to help. It would also prevent future genocide and help put an end to the ethnic cleansing and persecution of the Rohingya people.