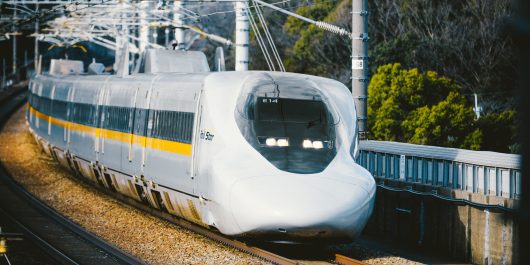 India’s first-ever high-speed rail (HSR) network, the bullet train project, has been approved by Indian Prime Minister Narendra Modi. Modi, along with Japanese Prime Minister Shinzo Abe, will be laying the foundation stone for the first track between Ahmedabad and Mumbai.

The train will reach top speeds between 320 and 350 kilometers per hour, making the 508-kilometer route between Ahmedabad and Mumbai five hours shorter than the usual seven-hour trip. The bullet train’s first route will contain 12 stations, four being in Maharashtra and eight in Gujarat, with about 92 percent running on an elevated track.

The bullet train will start underground with a station at the Bandra-Kurla Complex in Mumbai, which will then run 27 kilometers through a tunnel in the sea until it pulls into the over ground station in Thane.

India has received about 85 percent of its funding for the bullet train project from Japan, according to Railways Minister Suresh Prabhu. In return, the Japanese E5 Series Shinkansen train will serve as the bullet train in India.

Prabhu and his ministry have drawn extensive maps for high-speed corridors on various routes between Delhi, Kolkata, Mumbai, Chennai, Mysuru and Bengaluru. These trains will also have the potential to reach a maximum of 350 kilometers per hour. Other routes – including Chennai-Hyderabad and Chennai-Mysuru – will have trains traveling at around 160 to 250 kilometers per hour.

Although the bullet train project has been undergoing feasibility testing since 2009, the project is just now in the soil-testing stage. The foundation stone is expected to be laid by both Indian and Japanese Prime Ministers in September of this year. Construction will follow in early 2018, and the launch of the first section’s operations is scheduled for 2023.

Once the track is completed, the bullet train will have the capacity to seat 731 passengers – 698 standard class and 55 business class. In addition, the train has an extended long nose to prevent damaging tunnel boom – the loud noise made when the train exits a tunnel at high speeds – which is due to uneven air pressure.

With luxury leather seating, adjustable reading lamps and foldable dining tables, the trains were designed with passenger comfort in mind. Additionally, the trains are fully accessible and equipped to serve any passengers with disabilities.

In the next six years, the bullet train system will make India a lot more manageable to get around for locals, business professionals and other travelers. The Indian government is also hopeful that the bullet train will lead to more opportunities to form deeper ties with Japan and eventually China, too.