Tag Archive for: Building a new Civil Society in Belarus 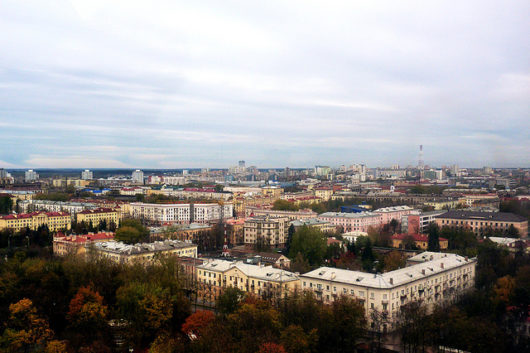 Although much of Europe has changed since the end of the Cold War, Belarus certainly has not. The leadership of this tiny-landlocked country of more than 9.5 million people has forcefully held onto its Soviet-style economy. So much so that Belarus is often described as Europe’s last dictatorship. Despite this, U.S. foreign aid to Belarus could help foster a new economy and a new partnership.

Belarus is a relatively new country, gaining independence from The Soviet Union in 1991. In 1994, Belarus’ first president, Alexander Lukashenko, was elected and has subsequently been the nation’s only president so far. His reign has seen a steady consolidation of power and a weakening of a democratic institution. Because of this, the West has experienced tense relations in regards to aiding and working with the Belarusian government.

Moreover, the state’s economy is comparable to the Soviet model of a centralized economy. Around 50 percent of Belarus’ workforce is employed by state-owned entities, which make up 75 percent of the country’s GDP. This has produced an extremely rigid economic structure that is not rational in a highly globalized world.

While poverty had fallen from 60 percent in 2001 to around 1 percent in 2013, Belarus was still not on steady ground. It was able to reduce poverty rapidly because of favorable energy pricing and productivity growth with its largest trading partner, Russia.

However, these factors are no longer in play for the benefit of Belarus. Productivity in Russia has dropped while energy prices have increased alongside the accumulation of debt to Russia. Hit by a recession in 2014-2016, the economy’s fragile structure was exposed when poverty increased by 3 percent in Belarus overall with 6 percent in rural areas.

On top of this, the Belarusian state has been unable to adapt to national and transnational health and safety issues. First, Belarus is currently experiencing an epidemic of noncommunicable diseases (NCDs). The U.N. Development Program reports that 89 percent of all deaths in the country are due to NCDs.

Second, human trafficking has become such a significant problem that The U.S. Dept. of State labeled Belarus as a tier 3 country when it comes to trafficking (the worst tier attainable). Here, Belarus serves as an important ‘gate-keeper’ that buffers The E.U. from, or exposes it to, the spread of human and drug trafficking.

What can be done about this situation? E.U., U.N. and U.S. foreign aid to Belarus have begun to answer this question.

The first focus of USAID is strengthening the private sector. USAID has implemented numerous projects over the years that have been tasked with helping build a stronger Belarusian economy. One project, called TechMinsk, is a technical and business boot camp for young entrepreneurs and start-ups. As of 2017, $7 million has been invested in 200 entrepreneurs and 90 start-ups newly introduced to Belarus’ economy. Through educational training and international programs, more than 6,000 enterprises have been strengthened and/or created.

The second focus of USAID is to create a stronger civil society in order for a freer form of government to flourish. Civil society organizations (CSOs) are an essential part of this plan. CSOs are meant to increase the involvement of the general public in policy-making decisions. As of 2016, 140 CSOS had been trained and funded, totaling more than 8,000 hours. Each year, more than 60 Belarusian professionals from different sectors (business, law, education, government and civil society) are selected for exchange programs in The U.S. These professionals are exposed to the innovations of U.S. nongovernmental organizations and how to apply these innovations in Belarus.

The U.N. has been at the forefront of engaging Belarus with the rest of the world. While free-market businesses only form about 30 percent of the Belarusian economy, the government has invited The U.N. to provide aid and expertise in expanding this percentage. Although Belarus ranks poorly for its control of human trafficking, its government has joined The U.N. Group of Friends United against Human Trafficking. Here, the Belarusian government will receive foreign aid and advice on how to best stop the surge of trafficking through Eastern Europe

The E.U. and Belarus have continued trade relations, although, relations have been strained. However, in 2014, Belarus and The E.U. initiated a new relationship. After years of tense relations and sanctions, 2014 saw the renewed interest on both sides for important talks regarding visa liberalization.

Belarus Working Toward a Better Tomorrow

While Belarus hasn’t let go of its tightly controlled government and economy, foreign aid is changing the narrative. These national and international bodies listed above have all taken steps to open Belarus up to the greater world and expose its people to ideas of different societies and freer economies.

Here, interests overlap on both sides. On the West’s side, it has a vested interest in stopping the spread of human trafficking throughout Europe and The U.S. In comparison, Belarus needs a counterbalance against its dependency on the Russian government and economy. Foreign aid has slowly opened up Belarus to build a sturdier and freer nation. However, more U.S. foreign aid to Belarus will be needed in order to create a strong, new ally in Eastern Europe.