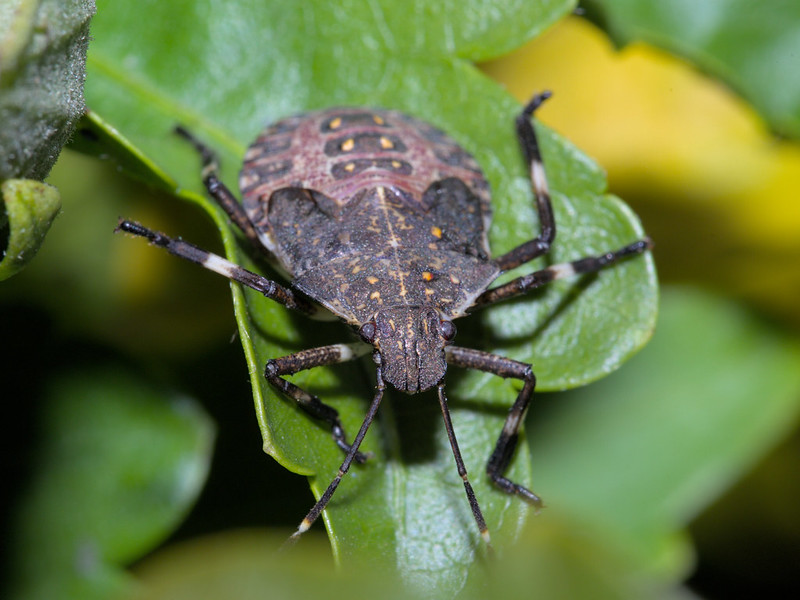 The year 2021 marks the culmination of a five-year-long partnership between USAID and Ferrero to end a harmful bug infestation in Georgia that damaged over $60 million worth of hazelnuts and other crops. The culprit is the brown stink bug, which gets its name from the repugnant odors it emits. Additionally, Ferrero invested in helping improve the health of hazelnut farms. Local Georgian farmers, the government of Georgia, the U.S. State Department, the U.S. Department of Agriculture, USAID and Ferrero started the Georgia Hazelnut Improvement Project (G-HIP) to address crop devastation and create future sustainable prevention measures.

The Infestation’s Effects on Farmers

Many of the affected hazelnut farms are in Abkhazia, a contested border region between Georgia and Russia. The remote western region has a long history of hardship, and the bug infestation further decimated an already vulnerable economy. Stink bugs destroyed more than 80% of the region’s crops in 2018. One farmer National Geographic interviewed said “this is the third year I’ve had no crops. I have no money left to pay my workers.” Thus, many farmers tried homemade methods of pest control, such as concocting their own pesticides, building traps and even collecting the individual bugs by hand and burning them. People are worried that they will have to leave their homes if they cannot get the infestation under control.

The hazelnut industry is the sole livelihood of close to 50,000 people throughout Georgia. G-HIP’s mission was to give growers and processors the resources necessary to end the bug infestation in Georgia. The project addressed weaknesses in quality control, outdated infrastructure, technology and marketing. Also, it led to better soil testing, incentives to increase the quality of hazelnuts and technology to improve the post-harvest drying and storage capacity. Cultivating New Frontiers in Agriculture (CNFA), the Georgian Hazelnut Growers Association (GHGA) and the Hazelnut Exporters and Processors Association (HEPA) all worked together to see the project through.

A new drying, husking and storage facility opened in 2019 and was a big success for the project. The facility is located in Koki, a village in the Samegrelo region of western Georgia. It is 800 square meters large, dries around 1,000 tons of hazelnuts a year and employs 17 people. The high yield this facility will produce has the potential to bring in as much as $1.8 million in revenue. Furthermore, it will support all of the 300 farmers and their families in the village.

G-HIP also acquired a lure and kill trap that is less toxic than other pesticides. The U.S.-based company Trécé produced the trap as an environmentally friendly option. Around 500 villages were able to use the trap to cover 60,000 hectares. Fortunately, USAID and everyone involved in the project celebrated their success with the first annual Hazelnut Festival in the fall of 2020. These successes in combating the bug infestation in Georgia have resulted in high hopes for the coming years. The organization expects to have a yield of 50,000 tons. This is 30% more than the previous season for the 2020-2021 growing season.

Additionally, the United States Department of Agriculture (USDA) has worked with the Georgian National Food Agency and the Ministry of Environmental Protection and Agriculture to implement international standards for pest management. This helps track important data on pests and also makes adhering to international trade standards possible. The Georgian government set up a task force called the National Phytosanitary Steering Committee to see to the success of implementing international pest management standards and develop better policies regarding plant health.

This is the final year of G-HIP, but it is not the end of USAID’s work in Georgia’s agricultural sector. In early February 2021, Georgia’s National Food Agency started a brand new initiative called the Plant Safety System Initiative. This initiative will further improve prior pest management work through country-wide measures and give Georgian farmers the opportunity to earn internationally recognized certificates. These certificates can make farmers more marketable internationally, which leads to more exports. Another bug infestation in Georgia will have to contend with the many new initiatives and policies that have come about from the collaboration between all these organizations.