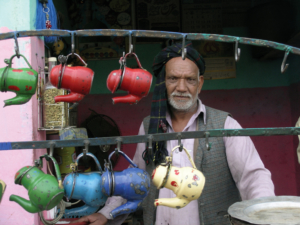 The Islamic Republic of Pakistan was founded in 1947 following the partition of the British Indian Empire. It borders India to the east, Afghanistan and Iran to the west, China to the north and the Arabian Sea to the south. In 2020, Pakistan was the fifth-largest country in the world in terms of population. Poverty in Pakistan is a longstanding issue, but significant progress has been made in the 21st century. Between 2001 and 2015, the poverty rate in Pakistan fell from 64.3 to 24.3%. The rise of the Bt cotton strain may prove successful in reducing poverty in Pakistan.

The Success of Agriculture

Agriculture is one of the largest sectors of the Pakistani economy, accounting for 26% of GDP in 2015. Pakistan has historically made use of GMOs in order to successfully boost agricultural production. During the 1960s, the Green Revolution in Pakistan saw increased public funding for agricultural development to transform wheat production. In recent years, the emergence and widespread use of Bt cotton demonstrate a clear ability to accelerate efforts to reduce poverty in Pakistan.

Cotton is currently one of the major crops that Pakistan grows. The largest threat to its cultivation is its susceptibility to pests. Pakistan has traditionally relied on pesticides to combat pests and protect yields. However, the emergence of GMOs in recent years presents another potential tool. Bt cotton is a genetically modified strain of cotton that is seeing widespread use in Pakistan.

In 2008, before the requisite cotton technology became commercially available in the country, an estimated 60% of cotton farmers chose to plant the strain. Seeds were available mainly as smuggled goods from India. Results during this early use proved generally positive, indicating the potential of Bt cotton to reduce poverty in Pakistan. In 2008, estimates indicated that cotton yields were higher by 50 kilograms per acre for farmers adopting this strain. The modified strain could aid significantly in the increase of household income among adopters.

The use of Bt cotton has increased in prevalence since this early adoption. As more and more farmers adopt this cotton strain as an alternative to continental cotton strains, the positive effects remain consistent. Between 2015 and 2017, household income and profit both proved to be higher among adopters of Bt cotton and still increases from year to year. The positive effects of the cotton demonstrate the potential for the reduction of poverty in Pakistan. Currently, small-scale farmers benefit the most from the adoption of Bt cotton relative to medium and large-scale farmers.

Still, small-scale farmers face the largest barriers to adoption as they often lack the capital necessary to adopt and implement new farming techniques and technologies. Increasing the availability of Bt cotton to farmers who would most benefit from its adoption could prove a significant step in the bid to reduce poverty in Pakistan.