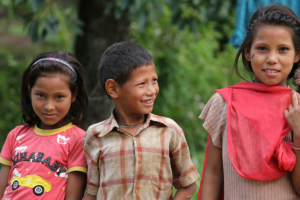 The organization Shakti Samuha believes that trafficked victims in Nepal are valuable members of society. It asserts that these victims deserve rights like everyone else. Moreover, it believes that victims should lead the fight against trafficking. Founded by 15 girls that the Indian government released in 1996, Shakti Samuha focuses on prevention, security and empowerment for survivors.

Since 2005, about 18,261 people have actively participated in the awareness-raising, interaction and advocacy activities in Kathamndu valley and five trafficking-prone districts. Shakti Samuha won the 2013 Ramon Magsaysay Award, which is considered Asia’s Nobel prize.

In 2018, the United States Department of State awarded its Trafficking In Person (TIP) Award to Sunita Danuwar. Danuwar is the co-founder and executive director of the Shakti Samuha. A survivor of trafficking herself, Danuwar personally travels to poor Nepali villages to raise awareness. From 2009 to 2011 she ran the Alliance Against Trafficking of Women and Children in Nepal, which is a group of non-government organizations working collectively to support trafficked victims in Nepal.

“The main forms of trafficking are sexual exploitation, forced labor and removal of organs,” says Binija Dhital Goperma,  the United Nation’s Office on Drugs and Crime (UNODC) Programme Coordinator in Nepal. She adds that cases of human trafficking occur in the entertainment and hospitality sectors. She also mentions garment industries and agricultural, domestic and brick kiln workplaces. However, striving to combat trafficking, Nepal ratified the U.N. Protocol to Prevent, Suppress and Punish Trafficking in Persons in 2018. The Protocol legally binds countries to criminalize trafficking by introducing national anti-trafficking laws. Unfortunately, due to the COVID pandemic, the government needed to reduce access to resources for trafficking survivors.

A weak economy with high unemployment sets the stage for a high rate of trafficking. In 2019, Nepal had an 11.4 % unemployment rate. It then follows that trafficked Nepalese are a key source of forced labor.  Laborers in Nepal may be working back-breaking construction jobs in the desert in scorching heat for 12 hours a day. Factories force some to work grueling hours seven days a week. Domestic workers become  “virtual slaves” in private homes.

Trafficking in Asia and the Pacific

Human trafficking is the second-largest criminal activity in the world, raising $32 billion. The International Labor Office (2017) reports that a majority (approximately 62%) of persons trafficked are victimized in Asia and the Pacific. The 2020 International Labor Organization (ILO) data shows that in 2020 Asia and the Pacific child labor included 48.7 million children. Moreover, of those children, 22.2 million worked in hazardous jobs.

Other Ways Human Trafficking Victims are Receiving Help in Nepal

Many coalitions throughout the world are striving to eliminate child labor and trafficking in Nepal, Asia, the Pacific and throughout the world. Organizations including the International Labor Organization (ILO) and the United Nations focus on the U.N. Sustainable Development Goal 8.7 to end child labor and all its forms by 2025. They work with nations, including Nepal, to create laws and policies to accomplish this. They also create programs to work directly with trafficked victims.

A Bridge to Global Action on Forced Labor (Bridge Project) is an initiative launched by the International Labor Organization and funded by the U.S. Department of Labor that assists the migrant worker communities of Bajura and Kanchanpur by providing livelihood support. Specifically, the Bridge Project develops programming to help trafficked victims gain the skills necessary to avoid exploitative environments. For example, people in the program learn how to nurse diseased goats back to health and then how to become goat farmers.

Programs like Shakti Samuha and the Bridge Project remain focused on empowering trafficked victims in Nepal to sustain themselves. With that focus, they should eventually prevent poverty from being a mitigating factor in trafficking in the first place.