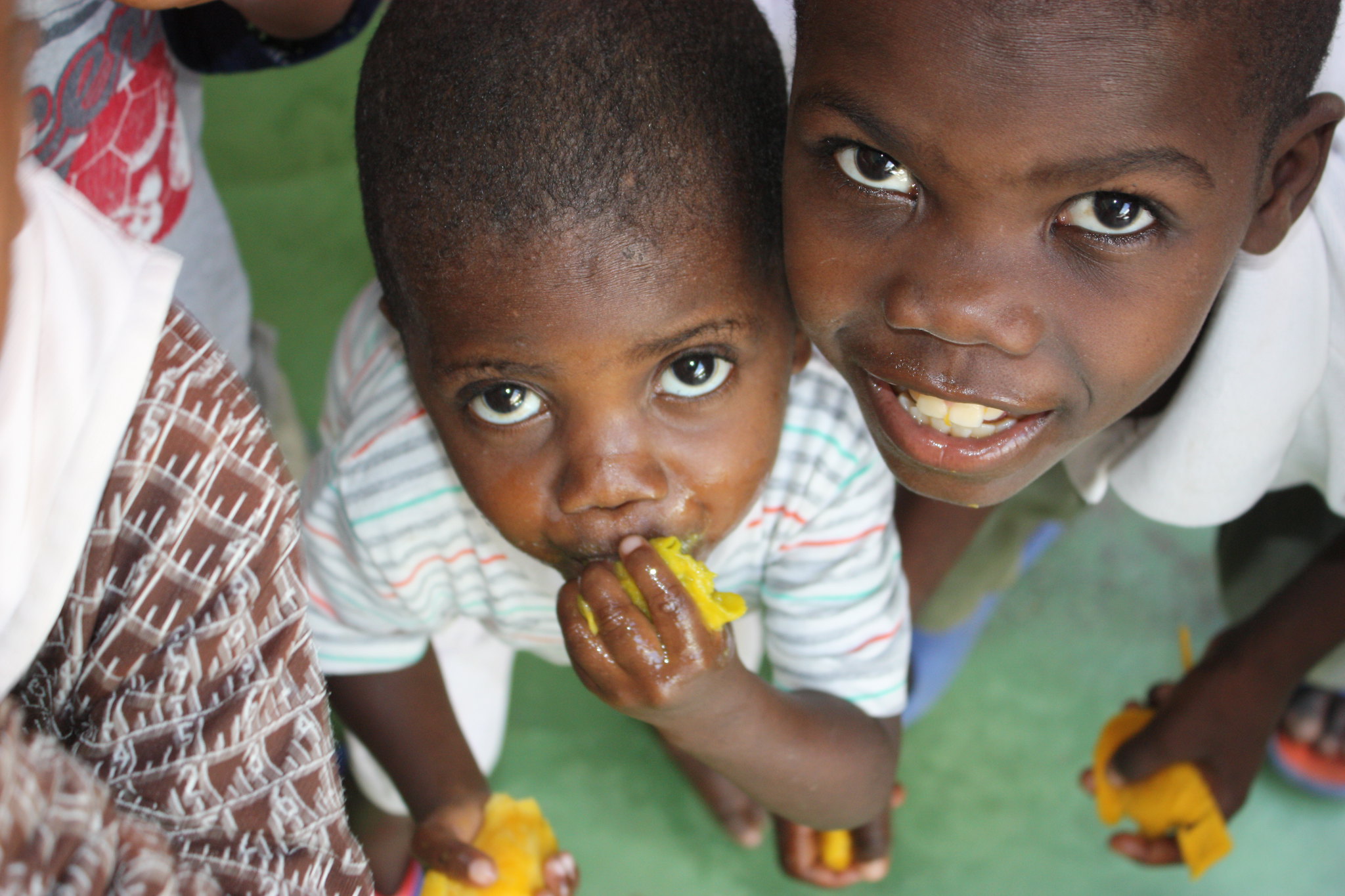 Fruit preservation is essential in Jamaica and Haiti due to relatively brief bearing seasons that produce popular fruits like mangos and breadfruit. Additional factors such as extreme poverty and natural disasters significantly increase Caribbean food insecurity. According to the World Food Programme, 30% of the Caribbean population lives in poverty. Michael McLaughlin, the co-founder of Trees That Feed, designed a hybrid solar dryer to combat food insecurity and preserve approximately 100 pounds of fruit in nearly four to eight hours. Trees That Feed is a nonprofit organization based in Winnetka, IL that planted close to 25,000 fruit trees across Jamaica, Haiti, Ghana, Kenya, Puerto Rico, Uganda and Barbados in 2019.

Trees That Feed distributed 12 hybrid solar dryers in Jamaica and Haiti. Each dryer comprises six modules to ease assembly and material transportation. The modules include three solar collectors, a lower and an upper cabinet and a roof. The three solar collectors capture heat and feed warm air into an upper cabinet that holds five shelves of sliced or shredded fruit. The roof of the hybrid solar dryer contains a solar exhaust fan to pull moisture from the air and protect against harsh weather conditions, dust and insect contamination. Excess space is provided in the lower cabinet to include an optional fueled heater that functions in the absence of sunlight.

Solar thermal technology captures heat energy from the sun and uses it to produce electricity or provide heat. Likewise, the hybrid solar dryer uses passive solar thermal technology to rely on design features when capturing heat. The dryer operates without photovoltaic panels or fuel to provide an efficient, hygienic and inexpensive method of food preservation. However, the hybrid design includes space for an optional kerosene or propane heater to incorporate alternative forms of heat energy. While fuel increases the cost of operation, it prevents crop spoilage that can occur on a day with minimal sunlight.

The benefits of fruit dehydration in developing countries include:

Breadfruit is a highly perishable fruit grown in Jamaica and Haiti. Tropical regions across the world cultivate over 120 varieties of the high-yielding breadfruit crop. The hybrid solar dryer extends the initial three-day shelf life of breadfruit to approximately one year. Dehydration preserves the nutritional benefits of breadfruit such as riboflavin, protein, potassium and vitamin C. Also, dehydrated breadfruit is ground and used to produce high-value products such as flour, pastries and pasta that sell across local and national markets.

McLaughlin reported the success of a hybrid solar dryer located at the Sydney Pagon STEM Academy, a Jamaican agricultural school in the parish of St. Elizabeth. Once Sydney Pagon extended dryer access to members of the community, St. Elizabeth locals noticed the efficiency of the hybrid solar dryer and requested an additional model. Trees That Feed recently provided the parish of St. Elizabeth with a second dryer to increase access to food preservation in the community. Trees That Feed has designed a dryer that provides opportunities for economic activity in impoverished nations like Jamaica and Haiti. Efficient and successful food preservation allows Caribbean farmers to make small profits by selling excess dehydrated fruit. In turn, farmers can increase their economic independence and stimulate their local economy by selling surplus dehydrated fruit across community markets. McLaughlin told The Borgen Project that “empowering people to become independent” is a crucial step in alleviating poverty and increasing economic opportunity. While Jamaica and Haiti are the only nations with current access to the hybrid solar dryer, Trees That Feed plans to implement its design in Kenya and Uganda to extend this unique method of food preservation to additional countries in need. – Madeline Zuzevich Photo: Flickr 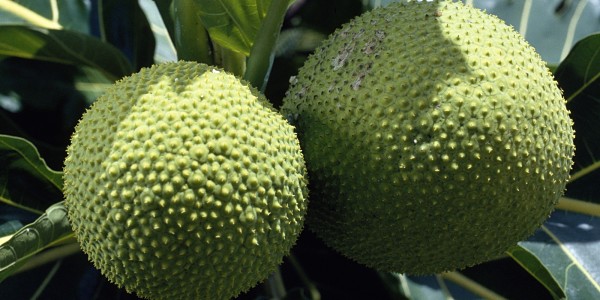 What is breadfruit? Although it sounds fictitious, it is actually a real food with the potential to contribute to the eradication of world hunger.

Breadfruit is shaped like a football and has a prickly texture. The fruit grows on trees and is highly nutritious. It is not well known because many people find it bland and tasteless.

However, there are 6 reasons why food critics should stop turning up their noses at this fruit and they all pertain to helping starving people.

A new fruit crop could be the answer to world hunger.

Artocarpus Altilis, or breadfruit, is a fruit with a lumpy green flesh and has a texture almost similar to that of a potato. Once commonplace in Jamaican diets, experts believe that this new fruit crop could provide much needed food security to a country that imports over half its food.

Breadfruit can be found growing on trees in Hawaii, Samoa and islands in the Caribbean. The trees yield fruit from three to five years and can have a yielding period of several decades. An average tree can produce around 100 fruits while larger trees can produce around 400 to 600 fruits.

Wildly popular in the Pacific Islands, more breadfruit crops are harvested than rice, wheat and corn. One breadfruit, weighing on average of around three kilograms, can provide enough carbohydrates to feed a family of five. It supposedly has more potassium than 10 bananas. Versatile, the fruit can also be ground into flour to make breakfast items like pancakes. Rich in vitamins and minerals, the breadfruit is gluten-free and is a good source of protein on top of the carbohydrate benefits.

According to experts, the protein found in the breadfruit has a higher amount of amino acids than soy does. “Traditionally in Polynesia you would plant a breadfruit when a child was born, because that could guarantee food throughout the child’s life,” said Dr. Diane Ragone, a botanist who has been studying the breadfruit plants since the 1980s. Having studied hundreds of varieties of the plant found in 34 countries, Dr. Ragone found that most of the fruit she studied was a relative of the breadnut, found in New Guinea, which is reportedly the ancestor of the breadfruit.

Since breadfruit trees are low-maintenance and thrive in the weather common among the tropical countries, experts are researching what varieties of the breadfruit trees would suit countries lacking food. The Trees That Feed Foundation continues to plant more of this food crop in Haiti, where even before the Earthquake in 2011, 1.9 million people required assistance to prevent going hungry. Now, that number has grown to 3 million people, and 24 percent of children under the age of 5 suffer from malnutrition. The goal is to feed around 1,000 orphans every day.

According to the National Tropical Botanical Garden (NTBG,) over 80 percent of the world’s hungry live in tropical regions or other environments where the breadfruit can thrive.

“Every time we plant one of these trees, we’re reducing the susceptibility to famine and starvation in the country where the tree is going,” said Josh Schneider, a horticulturist and partner for Global Breadfruit.

In addition to being an excellent food source, this fruit crop can also be used as an insect repellent as the male breadfruit flower is reportedly very effective in repelling mosquitoes. Other than being a repellent, the sap that excretes from the breadfruit can be used as a waterproof caulking for boats and homes along with gum, and the fibers from the bark of the breadfruit tree can be harvested without causing harm to the fruit crop and used to make mosquito nets, clothing, artwork and paper.