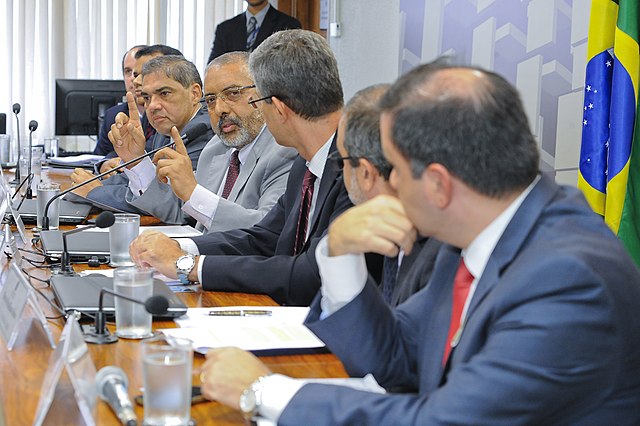 Brazil currently has the ninth-largest economy in the world. It has a gross domestic product (GDP) of $2.05 trillion which accounts for slightly more than 2.5% of the global GDP in 2020. Brazil would account for 2.5% of the world’s wealth if one measured it by all of the goods and services it exchanged in 2020. Thus, Brazil’s emerging market has become a reputable force on the world economic stage. It has now surpassed some developed economies in GDP. For example, Brazil’s economy is now larger than Italy’s, which accounted for 2.4% of global GDP in 2020. Several factors contribute to the success of Brazil’s emerging market: better international relations, the adaptation of technology and improved education. However, the most important element of an emerging market is a solid mix of domestic companies. Here are three Brazilian companies that have been driving the economy forward.

Eletrobras is the number one supplier of electricity in Latin America. Additionally, it projects that it can be one of the top three clean energy suppliers for the entire world by 2030. Furthermore, Eletrobras differentiates itself from other energy companies by focusing on generating electricity through renewable methods. In fact, the company strives to ensure that less than 10% of electricity produced comes from sources that have high greenhouse gas emissions. Eletrobras utilizes hydropower and wind farms to create the vast majority of its electricity.

The company supplied about one-third of Brazil’s total energy in 2020. As a result, there was a reduction in reliance on foreign energy companies. In addition, it provided vast employment opportunities to Brazilians and residents of other Latin American countries.

Vale is a Brazilian mining company responsible for churning out more iron ore and nickel than any other mining company. Iron ore has multiple applications and is the raw ingredient for steel. One can find it in cars, trains, sinks, dishwashers and much more. Additionally, a battery’s fundamental material is nickel. It has a shiny appearance and is inexpensive. Therefore, many countries use it to make their currencies.

Vale now employs more than 100,000 workers ranging in countries from Canada to Indonesia. The company has been able to successfully push into other sectors including artificial intelligence and energy production.

Itau Unibanco is Brazil’s largest bank in the private sector. The company’s headquarters are in Sao Paulo and it employs more than 90,000 people across nine countries. The government now owns the majority of the company’s equity because it is in the private sector. The primary shareholders are private institutions, corporations and individuals. As such, Itau Unibanco is a bank for everyday workers.

Furthermore, Itau Unibanco has a commitment to giving back to the community. The company invested more than $0.5 billion into education projects and improving transportation infrastructure in Brazil. It shows that people should not consider domestic companies that give back as charities, but rather as an investment in the people.

The Reason these Companies Matter

These companies are critical to Brazil’s emerging market for two major reasons. First, Brazil needs businesses that spark interest in countries abroad to make the leap from emerging markets to the developed economy. All three of these companies successfully accomplished this goal. As such, these companies are appealing to many nations. As a result, there is an inflow of non-domestic goods and services. This allows the economy to expand and raise the overall quality of life for everyone.

If Brazil can navigate through the pandemic while keeping companies like Eletrobras, Vale and Itau Unibanco afloat, it has a fair shot at becoming a developed economy in the future. 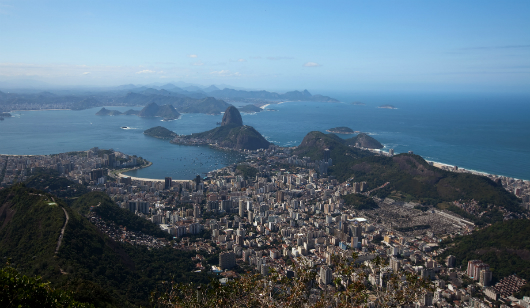 Many believe that gentrification is a purely American and European phenomenon in which large numbers of college graduates move to cheap, urban areas and open yoga studios, green markets and “hipster” coffee shops. However, gentrification is not only a global occurrence but also an established urban renewal and regeneration strategy in all corners of the world.

The Oxford Dictionaries define “gentrification” as the “renovation or improvement (of a house or district) so that it conforms to middle-class tastes.” Middle-class tastes in American cities like Portland, Seattle or New York City usually relate to the rise of what sociologists term the “creative class”—a group of young people entering the workforce concerned with personal expression and technological advances more than monetary progress. Professor and urban studies theorist Richard Florida found that one-third of Americans belong in the creative class.

“I define the Creative Class to include people in science and engineering, architecture and design, education, arts, music and entertainment whose economic function is to create new ideas, new technology, and new creative content,” said Florida.

Although developing countries have not necessarily experienced as significant a rise of a distinct creative class, middle-class residents of the community as well as significant tourist populations have completely redesigned global cities. Specifically, some poor shantytowns—favelas—in Rio de Janeiro, Brazil have experienced a complete upheaval of population and culture to cater to new, wealthier residents.

“Pacification programs” that officials applied in the past fifteen years, especially those immediately before Rio’s hosting of the 2014 World Cup and leading up to the 2016 Olympics, have done as much harm as good.

Favela residents report that areas that were once slums, full of rampant drug gangs, violence and poverty, are now safe places to live, policed by a permanent security presence. Increased security in favelas has attracted a population with a sense for business and entrepreneurship, which keeps the economic interests growing.

Foreigners have recently entered the housing market in favelas in Rio and are buying property more frequently than locals. As tourists no longer have to pay taxes to drug gangs, many foreign and native residents advertised their property for temporary stay on the Airbnb website during the World Cup and Olympics.

As the value and popularity of the city increases with new construction and business opportunities, property prices have risen dramatically. Houses that cost $2,500 in 2006 cost $75,000 in 2014. As a result, whole socioeconomic groups no longer have the ability to live in the favelas that they once called home. Current residents are also struggling with rent increases and displacement, and are being forced to move to more dangerous favelas.

“For years, the authorities did nothing when it was so dangerous to live here. Now that the area is finally safe, they want us to move out,” said Mora.

American researcher and former resident of Santa Marta, Charles Heck, finds that pacification programs—essentially government-sponsored gentrification programs—have changed urbanization and urban regeneration policies. Many new urbanization policies now deny current residents basic trash, water and electrical services in what some urban theorist experts call an attempt to force residents out. Gentrification in Rio de Janeiro has resulted in Rio’s strategic plan to provide for a 5% reduction in favelas from 2013 to 2016.

“Post-UPP, urbanization has focused primarily on land titles and new businesses rather than health, sanitation, education and other infrastructure,” said Heck.

The U.N. has critiqued Rio’s implementation of gentrification policies in the past, as an organized governmental effort to include residents of favelas in urban plans is essential to a thriving city. Inclusion of large social and socioeconomic groups encourages citizen participation and increases the viability of solutions to social justice issues in Portland and Rio de Janeiro alike.

One month has passed since the international event that drew the world’s eyes to one country—Brazil. The World Cup came and went, and with the disappointing performance of Brazil in the semi-finals, the country has seemingly little to celebrate as the tourism funds fail to revive Brazil‘s economy.

The ruling power of Brazil shifts based on economic performance under the party, and with elections coming soon, current president Dilma Rousseff is facing the frustration of the nation. The failure of the Worker’s Party combined with economic distress and slumping growth could potentially mean the end to her party’s 12 year reign in office.

Rousseff’s voter tactics are far from complex: she’s simply begun throwing money at those who show signs of loyalty to her, such as the northern region of the country that benefits hugely from social welfare. Mixed reviews of such behavior are shown in CEO of DMS Funds Peter Kohli’s statement to Forbes: “During the last few months, Rousseff has been handing out cash to the poor in a blatant attempt to buy votes.”

This last-ditch effort to retain voters shows the financial promise many thought the World Cup would bring has fallen through, leaving the government with little left to show for themselves. The Wall Street Journal reports that the expectations for Brazil’s gross domestic product have suffered massive reductions: “[Economist] Mr. Salomon now projects the nation’s economy will expand just 0.7 percent, down from 1.7 percent.”

Already behind schedule for their next international hosting event, the 2016 Summer Olympics, it’s unclear whether Brazil will see the same luck with finishing production in the nick of time. For the World Cup, stadiums were unfinished as teams began arriving in Brazil, and with many speculating at the enormity of the Olympics, the sights are set high for the presentation Brazil offers.

Rousseff is facing a difficult crowd to win her next term, after being booed by thousands in the opening ceremony for the World Cup. She also faces scrutiny for her policies surrounding heavy government presence and intervention in the oil industries, partly contributing to the economic slow down seen in the lowered gross domestic product.

The vote is split so severely that when President Rouseff suffers a drop in the polls, the stock market rises. This is heavily denied by the Finance Ministry, but the numbers have continually proved otherwise.

Brazil did not expect a negative economic impact from the World Cup, but that is the direction they are heading in. In defense of the outlook for the Summer Olympics, Brazil successfully quelled the prospective riots that could have injured or frightened tourists, along with few major hitches during the actual event.

There is a possibility that Brazil will be able to turn it around in order to economically benefit from the Olympics. Time will tell as the next presidency is determined and reforms are in the making.