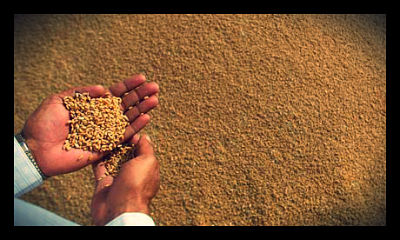 The recent slowdown in Nigeria’s grain trade holds tremendous implications for food security in the Sahel. Nigeria supplies almost half of the region’s cereal and is the most important market for farmers, herders, and traders from surrounding areas.

The communities most at risk from the rise in food insecurity are located in southeastern and central Niger, northern Nigeria, and northern Benin. Chad is usually highly dependent on the grain supplies from Nigeria, but a very strong 2012 harvest has somewhat insulated the country from the current crisis.

In the hardest-hit areas, staple grains like maize and millet, are selling at prices even higher than those seen during the 2012 regional food crisis. For example, a 100kg bag of maize now sells for $9 more than at the same time last year.  This trend is particularly worrisome as prices are only expected to increase during Ramadan in the month of July.

The increase in food prices are devastating in a region where many of the poorest families will spend up to 80% of their household income on market food. Nigeria’s production is so critical to these markets that despite the fact most Sahelian countries saw an increase in maize and millet, the decrease in Nigerian supply offset three-quarters of the regional gain.

The factors behind the current grain shortage are complex, but three major facets can be distinguished. The first is last year’s widespread flooding. Many of the farmers have not been able to recover their fields and crops from the damage.

The second major factor is the popularity of cash crops. Many farmers are switching from staple crops to cash crops, not generally sold in the regional food markets. In fact, the production of millet, a major staple grain, has decreased by 13% from the five-year average.

In addition to the previous two factors, the rise of Boko Haram has greatly disrupted Nigerian agriculture. The violent extremist group has forced an estimated 65% of farmers in northeastern Nigeria to flee their homes and fields. The violence has also discouraged traders from engaging in traditional trade routes and markets.

Experts say aid to Nigeria must be increased to combat the growing food security crisis. Nigeria receives millions of dollars in aid every year, but the amounts are far less than what is received by its neighbors. Given Nigeria’s key position within the food market of the region, aid priorities should be reassessed to insure the current agricultural slowdown does not worsen to a widespread food crisis. 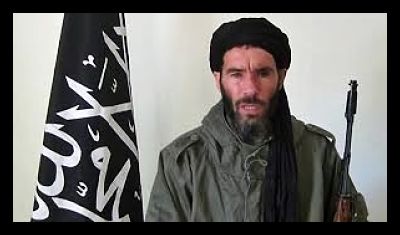 The United States has announced the addition of five key members of African terror groups to the “Rewards for Justice” list. The reward offers on these terror suspects, believed capable of committing terrorist attacks, range from $3 million to $7 million dollars.

Abubakar Shekau – Reward for Justice $7 million
Shekau is the commander of the Boko Haram, a terrorist group with plans to overthrow the Nigerian government and replace it with a government based on Islamic law. Shekau took control of the Boko Haram in 2010 and expressed solidarity with al Qaeda, threatening to attack the United States and Western interests in Nigeria. Shekau has kidnapped a number of Westerners for ransom, and in 2011 sent a suicide bomber to attack the United Nations headquarters in Abuja.

Having facilitated an escalating jihadist uprising, initiated dozens of suicide attacks, and launched hundreds of IED and armed attacks in Nigeria, Shekau was added to the U.S. list of global terrorists in June of 2012.

Mokhtar Blemokhtar – Reward for Justice $5 million
Blemokhtar is the leader of the Mua’qi’oon Biddam, or the Those Who Sign in Blood Brigade. Despite formally splitting from al Qaeda in the Islamic Maghreb (AQIM) in December of 2012 over a leadership dispute, Blemokhtar continues to carry out joint operations with them and reports directly to al Qaeda’s key leadership.

His Those Who Sign in Blood Brigade is responsible for three recent terrorist attacks in Algeria and Niger. In January more than 40 fighters carried out a major suicide bombing attack against a gas facility in the name of al Qaeda, and in May they executed two more suicide attacks in retaliation for the death of a senior AQIM commander; one targeting a military barracks in Agadez and another targeting a uranium mine in Arlit.

Yahya Abu Hammam – Reward for Justice $5 million
Hammam, real name Jemal Oukacha, has been waging jihad in North Africa for over a decade. He took control of AQIM’s operations in the Sahel region of North Africa last fall, and was added to the U.S. list of global terrorists in January 2013. According to the State Department, Hammam has kidnapped Westerners in North and West Africa, been central to AQIM’s terrorist activities in West Africa and Mali, and participated in several AQIM terrorist attacks in Mauritania”.

Malik Abou Abdelkarim – Reward for Justice $3 million
Abdelkarim is a high-ranking leader of a group of fighters within AQIM. Under his command, his group has accumulated weapons and committed a number of small-scale terrorist attacks in North and West Africa.

Oumar Ould Hamaha – Reward for Justice $3 million
Hamama, a former commander in AQIM, is the current spokesman for the Movement for Oneness and Jihad in West Africa (MUJAO), and has also identified himself as spokesman for the Those Who Sign in Blood Brigade. As a member of AQIM, he has kidnapped foreigners for ransom, including Canadian diplomat Robert Fowler in December 2008.

In December 2012, Hamaha claimed the Those Who Sign in Blood’s split from AQIM was actually a deliberate move to facilitate attacks in the Sahara, which is supported by the continued cooperation of the two terror groups. Hamaha told The Associated Press, “It’s so that we can better operate in the field that we have left [AQIM]. We want to enlarge our zone of operation throughout the entire Sahara.” 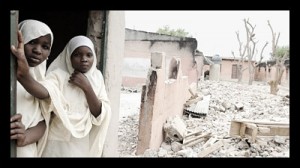 Boko Haram is a militant terrorist organization whose goal is to overthrow the government of Nigeria and institute Sharia law. Nigeria is characterized by two areas defined by wealth: the poor north and the rich south. It is no surprise that Boko Haram operates in northern Nigeria, where it can capitalize on poor economic conditions to recruit new members.

Translating to “western education is forbidden” in English, Boko Haram rejects western ideals and forbids the use of modern technology, considering it to be a western invention. Since the group’s emergence in 2009, they have claimed responsibility for a number of terrorist attacks against the administration of President Goodluck Jonathon. A recent attack involved the suicide bombings of three churches in northern Nigeria in which 50 people perished.

Jonathon’s method of dealing with the conflict has been brutal, to say the least. The Nigerian President declared a state of emergency in the country in April, beginning a new offensive against Boko Haram. Unfortunately, the army has been unnecessarily brutal with civilians, causing a significant contingent of poor Nigerians to ally themselves with Boko Haram. A writer from The Economist has pointed out that “More Nigerians are killed by the police every year than by Boko Haram.”

The founder of the group was Muhammad Yusuf, a disenfranchised Nigerian youth who dropped out of secondary school to study the Qur’an in North Africa. Yusuf was one of the thousands of al-majiri who grew up in northern Nigeria. These children are extremely poor students of Islam who pay for their own education through begging. When Yusuf returned to his native town of Maiduguri in the early 2000s, his fervent sermons appealed to the al-majiri. Yusuf’s Boko Haram allowed youngsters to earn a living while fighting against the government that perpetuated their poverty.

African Studies scholar Aliyu Odamah Musa recognized the persuasive power of radicalism to the poor in a 2012 article featured in the Journal of African Media Studies, stating: “Acute poverty, as is experienced by people in the area (Northern Nigeria), is highly likely to encourage people to allow groups like Boko Haram to manipulate them.” Musa goes on to suggest that development efforts need to be made in northern Nigeria in order to prevent young people from falling in with Boko Haram. As ties between Boko Haram and al-Qaeda are discovered, it would be in the best interest of the United States to adhere to the logic of Musa and invest in the economic development of northern Nigeria.