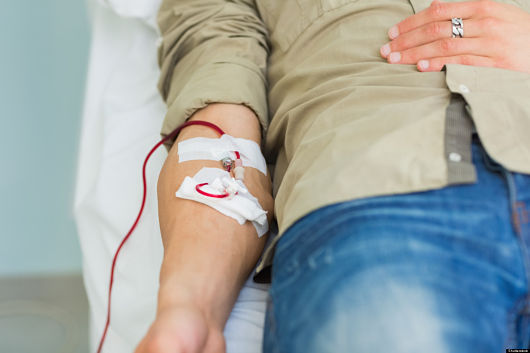 June 14th is internationally recognized as World Blood Donor Day. In celebration and recognition of this day, the United Nations World Health Organization (WHO) launched a campaign to encourage blood donations from volunteers. The theme, Thank You for Saving My Life, with the slogan, “Give freely, give often. Blood donation matters,” aims to motivate frequent donors to continue giving blood and non-donors to give blood for the first time.

According to this year’s World Blood Donor Day campaign brochure, “The date of 14 June is the birthday of Karl Landsteiner (1868–1943), an Austrian biologist and physician, considered to be the ‘founder’ of modern blood transfusion. Landsteiner discovered the ABO blood groups in 1901, developed the modern system of classification of blood groups, and identified, in 1937, together with Alexander S. Wiener, the Rhesus factor, thus enabling physicians to transfuse blood without endangering a patient’s life.”

The World Blood Donor Day campaign is annually celebrated, and this year’s events are hosted by China at the Shanghai Blood Centre.

Blood transfusions and other blood-related procedures are essential to saving the lives of the sick and dying. There are approximately 108 million blood donations each year, and a large majority of countries rely solely on donated blood to heal their patients.

There are many instances in which a sick patient would require a blood transfusion, from replenishing lost blood due to injury to complications in childbirth. WHO reported that “Of the 289,000 women who died in childbirth in 2013 due to complications in pregnancy and childbirth, 27 percent were due to severe bleeding.” Additionally, 65% of blood transfusions in low-income countries are given to children under five years of age.

To motivate volunteers to donate blood, WHO has established a short-term goal to provide the entire world with accessible blood donations by 2020. This figure is one that not only wants but requires voluntary participation in order to be achieved.

Director of Service Delivery and Safety at WHO Dr. Edward Kelley insists that “Safe blood transfusion is one of the key life-saving interventions that should be available for patients in need. Yet, equitable access to safe blood still remains a major challenge in many countries. Providing safe and adequate supplies of blood and blood products should be an essential part of every country’s national health care policy and infrastructure.”