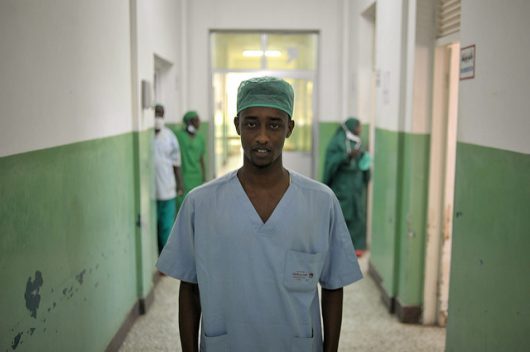 The growing availability of products that enable HIV self-testing in South Africa is expected to have a profound effect on the experiences of the individuals living with the virus.

As it stands, only 70 percent of all people living with HIV are aware of their status.

About 7 million people in South Africa are infected with the HIV virus and the country has the largest number of infected people in the world. More specifically, South Africa contains 19 percent of the global population that has HIV, 15 percent of new infections and 11 percent of all AIDS-related deaths.

Despite the staggering statistics, South Africa also has the largest treatment program in the world, with 20 percent of the global percentage of people on antiretroviral therapy. Furthermore, about 80 percent of AIDS treatment funding comes from the South African government.

One of the major ways in which HIV self-testing in South Africa is changing people’s experience is by giving testers the option to test in the privacy of their own homes. Young men, who are considered a “hard-to-reach” target group, are encouraged to self-test if they want to avoid being seen waiting in a long line at the public clinic. Another benefit to self-screening is that it is quicker and lessens the burden on full clinics.

The self-test kit is distributed by administrators within the community at absolutely no charge to the tester after he or she fills out the necessary forms. The kit consists of a cylindrical container, liquid and a testing pen. The testing pen is swiped across the person’s gums and placed in the liquid.

Unitaid sponsored the HIV Self-Testing Africa STAR Initiative which consists of a five-year plan to bring about the market for HIV self-testing by distributing 4.8 million tests by 2020. The initiative is sponsored by Unitaid, an international organization that invests in the prevention, diagnosis and treatment of HIV/AIDS, tuberculosis, malaria and HIV co-infection.

Unitaid is also a partner of the World Health Organization. The STAR Initiative began in 2015, and is on par with the U.N.’s goals for the year 2020.

South Africa is among the six initiative-targeted countries, along with Zimbabwe, Zambia, Malawi, and others. Within two years, STAR expects to distribute 2.2 million self-tests in South Africa alone. If its efforts are successful, it is anticipated that the government or donors will fund self-screening for the entire country.