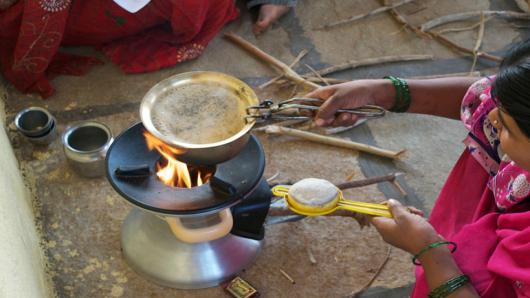 In the developed world of today, it is difficult to imagine cooking food over a hazy smoke of open fire for everyday consumption. Unfortunately, this is the reality of life for an estimated 3 billion people worldwide.

In addition to the hassle of such a method of energy consumption as open fires, there is an added danger of hazardous, toxic byproducts from the smoke accumulating in the houses where it is used. Over four million people die annually from indoor air pollution. Burning of wood or oil creates hazardous gases, including carbon dioxide. Carbon dioxide is not only a notorious greenhouse gas contributing to global warming and climate change, but is also exceedingly dangerous if it accumulates. As the carbon dioxide builds up in houses in absence of proper ventilation, the gas can turn into lethal carbon monoxide.

The usage of wood, oil and kerosene is expensive as well. These fuel resources are also not sustainable, environmentally or financially. As these resources become scarcer, the prices for these commodities also rise, which makes the usage of these fuels for cooking unfeasible.

BioLite, a company that makes energy-efficient stoves and lights, has a solution to these problems: biomass-fueled home stoves. The company initially manufactured camp stoves that utilized easily available biomass such as wood, dried leaves and the like, turning the biomass into heat for cooking as well as other purposes, such as charging a phone or an LED flashlight. The company has extended the same principle to the manufacture of BioLite HomeStoves. Their cookstoves have been distributed in many developing countries, including India and Uganda.

The stove uses the same energy sources as used in open fires, including wood. The difference lies in the efficiency of energy consumption. The device harvests and recycles much of the energy produced, therefore ensuring less smoke and harmful byproducts, and more value for the money spent. The heat not used for cooking is converted into electricity by the use of a thermoelectric generator: the electrical energy produced can be used to charge a cell phone. The rest of the energy powers a fan which ensures a continuous supply of oxygen to the fuel being burnt. This is an essential component of the stove, as it increases the combustion of the fuel, which improves fuel efficiency, and reduces the production of toxic byproducts.

The device dramatically reduces the amount of smoke – and consequently toxic gases – produced as a result of open fires. The manufacturer estimates a 91 percent reduction of carbon monoxide produced as a result of using BioLite HomeStove and 94 percent smoke reduction. The usage of this stove over traditional methods also saves poor families $200 annually, on average, by using almost half as much fuel per year. The two watts of energy produced can be used to charge a multitude of portable devices.

With all the advantages that the BioLite HomeStove has to offer, it still has a pricing issue. The stoves cost about $100, and although the device gives a return of almost twice its value within a year, the price might make it inaccessible for many people. Despite these initial problems, the success of the device is likely to spur further innovation that can overcome these difficulties as well. Alec Drummond and Jonathan Cedar are avid campers, who in 2006, teamed up to develop a portable stove that could use the fuel available in the woods instead of relying on petroleum fuel or batteries. Together, they developed a wood-burning stove that utilized its own thermal energy and produced clean, safe heat.

Their stove prototype won a contest hosted by an advanced combustion conference in Washington State, where is also gained the attention of researchers focused on clean combustion for developing countries.

While Drummond and Cedar did not intentionally set out to design a product for the developing world, they realized their stove was extremely marketable to the more than 3 billion people relying on open fires and simple stoves for their cooking and heating needs.

BioLite now sells several products to its camping and adventure market, including stoves, kettles and LED lights. These sales help offset the costs of selling its cheaper, but equally as effective and dependable stoves in the developing world.

Even better, it can produce the same amount of heat using 60 percent less wood. And to take the product from good to great, the stove even makes use of heat waste by funneling it as electricity through USB ports that can be used to charge cell phones, an already popular possession even in rural villages.

Businesses can learn from BioLite’s fairly unique production strategy. Products intended to enhance the experiences of wealthier western customers can also be designed to provide customers in developing nations with much-needed goods.

Expanding scopes to include developing nations works to increase business and include formerly excluded marketplaces, while also helping those living in economic or energy poverty improve their lifestyles. 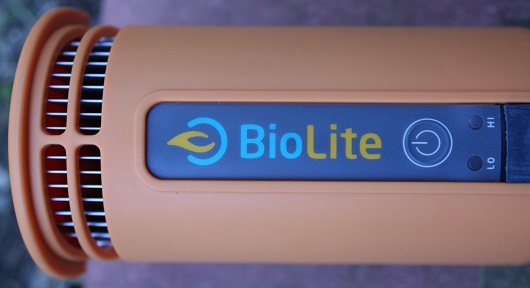 If you blow the right way at a fire, the flames will burn cleaner and more efficiently. It’s a simple concept, but one that a Brooklyn startup is using to address and overcome one of the biggest challenges to health in developing countries.

According to the World Health Organization (WHO), over three billion people globally use open fires, otherwise known as stoves, that burn coal, dung or wood. Doing so, results in exposure to carcinogens such as carbon monoxide, particulates and other pollutants.

Figures show that four million people die annually from cooking on an open fire from lung cancer, pneumonia and other respiratory and heart diseases.

The cylindrical product burns twigs and wood, which leads to 90 percent fewer particulate emissions being released into the air. The stove also creates the same amount of heat with 60 percent less wood and only costs $50.

The stove includes a small fan, which funnels air into the stove to make sure the fire gets enough oxygen. By doing so, the flames burn hot, but in a cleaner way. There are also heat panels on the side, which are used to convert some of the heat into electricity.

By targeting rural areas where people are more likely to rely on burning wood as fuel, the company is hoping to address issues such as women’s empowerment and overall health. Because women in rural parts of developing countries are often the ones doing the cooking, reducing emissions can help to improve their health.

The difficult part of the process, however, is delivery. The areas of a country where the stoves can have the biggest impact are often some of the hardest regions to reach. To ensure successful distribution, BioLite implemented a model that assigns an agent to every village. Each agent will go door-to-door, demonstrating to villagers how to work the stove.

To date, the company has sold 4,000-5,000 stoves in India, and scientists hope to sell one million around the world in the next four years. According to BioLite’s website, the stove has helped to produce almost 14 million watt-hours of electricity, avoid over 15,000 metric tons of carbon dioxide emissions, and allow more than 29,000 people to breathe cleaner air.