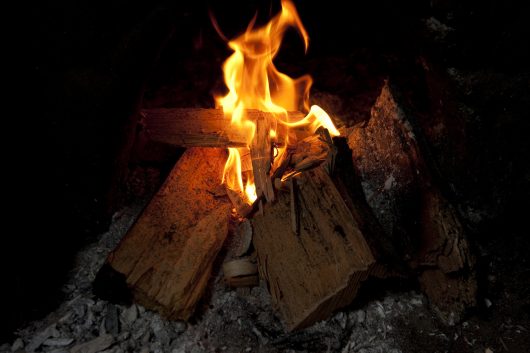 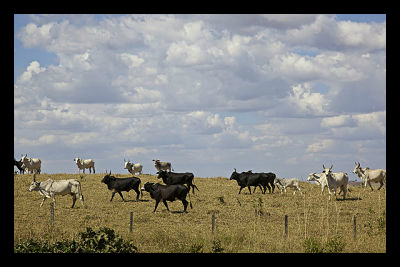 Farmers interested in sustainable agriculture have taken to doing something different with the manure they collect from their livestock. Normally, manure is piled into a mound in the corner of the farm to be used as fertilizer when needed or simply left to break down in its own time. Sustainable farms, however, are pouring the manure into plastic sheeting measuring about a meter wide and ten meters long. The end result resembles a large white sausage. This plastic encased manure is called a biodigester, and it’s not a new idea.

Biodigesters or anaerobic decomposition was first documented in the early 18th century. Breaking down waste through fermentation in a sealed container has been used since the early 20th century. It has only been in recent years, however, that small farmers have embraced the use of biodigesters.

The long plastic tube is the most common kind of biodigester. They consist of a few very simple parts. The main body is made of hardy plastic sheeting rolled into a tube with PVC pipes at both ends. One pipe is the waste entrance where farmers put manure into the biodigester. The other end is the fertilizer exit. The highest point of the biodigester has a third PVC pipe that usually leads into the house. This pipe collects and directs the natural gas from the fermented manure and sends it to places it can be used as an energy source, like a stove or a furnace. Everything that happens within the tube is technology-free. There are no mechanisms or added chemicals within the body of the biodigester.

Biodigesters perform several functions at once. As it breaks down, the manure separates into flammable natural gases, mostly methane, a liquid fertilizer called biol and solid waste. The high-methane environment inside the biodigester chokes out all of the aerobic bacteria normally found in manure, like e. Coli. This means that fertilizer fermented in biodigesters is sterile. This is a huge advantage over raw manure, which can spread bacteria and other contaminants to crops when used as fertilizer. Furthermore, studies have shown that the biol produced by this fermentation process increases plant health.

Theoretically, biodigesters can be used anywhere there is enough ground, rural or urban. They are mostly popular in developing countries. Currently, their use is widespread in Vietnam, India, China and Nepal. Their recent success in South and Central America is due mostly to the fact that development agencies have switched from marketing them as an affordable energy source to marketing them as an affordable and effective fertilizer source.

Every biodigester produces both biol and methane. Another possible cause of the increase in interest is the fact that the materials to build a biodigester are now very inexpensive and available in almost every town. Their simplicity means farmers can build and install their own biodigesters relatively easily.

Hopefully this trend toward green energy and fertilizer will only increase as the international community turns its attention to the Sustainable Development Goals, where environmentally friendly technology like biodigesters are primed to play a central role.