Tag Archive for: Bees in India 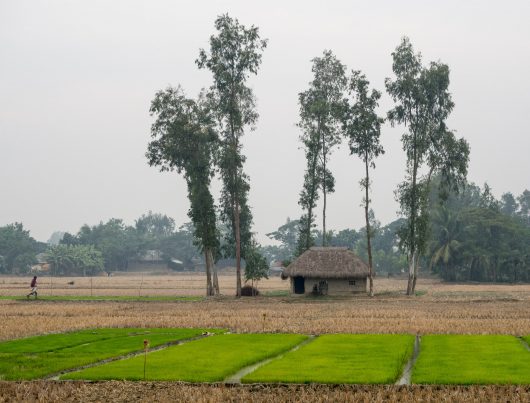 “Save the bees” has become a trendy cause, although one that holds much greater weight than most people seem to realize. The reality is that the virtually global decline in bee populations has a hefty price tag: in India alone, the nation’s decline in bee population costs agricultural production an estimated $726 million per year. In a nation where 75 percent of the population are smallholder farmers, people whose very lives are resting on their crop yields, an annual loss of that amount means the difference between life and death.

Further, a whopping 34.4 percent of the nation’s cultivated hectares of land depend on bees for pollination. This dependency is especially significant for certain plant species in particular, some of whom see productivity decline 80 percent in the absence of pollinators. For an agricultural system that cycles 99 percent of its fruit harvest back into domestic consumption, such a massive decline in productivity does not just mean economic degradation; it means a rise in food insecurity as well.

Seeing as the farmers depend on the crops, and the crops depend on the bees, the decline in bees is quite explicitly linked to the capacity of farmers to survive, and possibly thrive. In essence, then, bees in India are a crucial component to lifting individuals out of the cycle of poverty. Save the bees, save farmers, save lives.

Such is the mantra of Under the Mango Tree, a social enterprise that trains Indian farmers to become beekeepers and purchases the farmers’ organic honey through fair-trade farm cooperatives. By cultivating bees on their property, farmers have the capacity to increase their crop productions anywhere from 50 to 100 percent (depending on the plant and bee species). This increase in yield, plus the extra revenue from fair-trade honey sales, has the capacity to increase farmer incomes by more than 50 percent, a figure that can and does change lives. The strategy also, of course, augments India’s bee population by providing hives places to flourish, all of which aids agricultural production on the whole.

The successful implementation of this program is working to truly save the bees in India. Yet, it is important to note that the bee population needs help beyond the Indian borders. If the world wants to maintain its traditional agricultural systems and sectors, it needs to support its smallest workers.