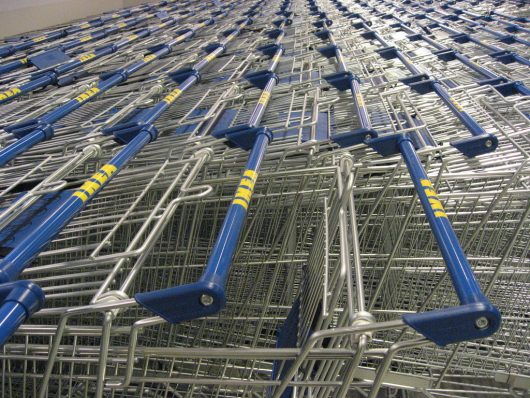 In the wake of President Trump’s recent immigration ban, Howard Schultz has responded by committing Starbucks to create employment for Syrian refugees — 10,000 jobs specifically. One particular company, however, predates not only Schultz’s call but also Trump’s ban.

In 2019, Ikea plans to release a line of rugs and textiles handmade by Syrian refugees.

The Ikea branch in Jordan, which has significantly focused its employment on Syrian refugee women, will currently create an estimated 200 jobs. In large part, this is due to a notorious low employment rate among refugee women. While Jordan has taken in over 650,000 refugees since 2011, only 37,000 work permits have been issued — and most have gone to men. Ikea has guaranteed to be flexible in their working hours with the hired women, as many of them still act as caretakers for their children.

The corporation plans to sell these products in Jordan and neighboring countries that carry free trade agreements. This line will currently run as a limited design.

While their employment for Syrian refugees began before Trump’s executive order, Ikea released a statement on Tuesday saying, “We support the fundamental rights of all people, and do not accept any form of discrimination.”

And indeed, Ikea has held true to this. Last year, the corporation won the 2016 Beazley Design of the Year award from the Design Museum in London for developing a “flat-pack refugee shelter” with the U.N. The flat-pack refugee shelter is made of an insulated steel frame, a solar-paneled roof that provides four hours of electricity and flooring anchored sturdily to the ground. Compared to the cloth tents used by most refugees, this is luxury.

Ikea has also donated $33.3 million to renewable energy projects and electricity for refugees living in Asia, Africa and the Middle East.

And still yet, the company is not done: Lars Petersson, Ikea’s U.S. country manager, has also promised “free legal advice to any employee affected by [Trump’s] controversial order.”

Currently, rugs crafted by Syrian refugees will not be sold in North America.