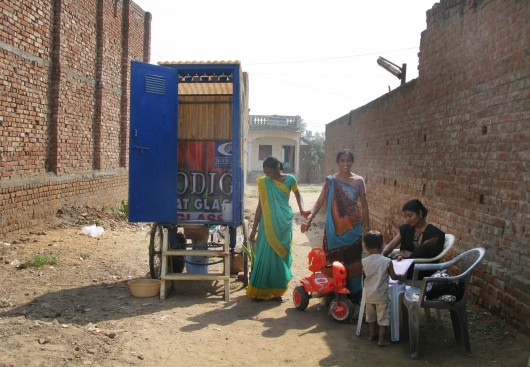 For those living in developed countries, having access to private toilets is taken for granted. Having access to something as simple as private toilets changes lives drastically but about 2.3 billion people or a third of the world does not have access to them. This puts their health, education and safety at risk, as reported by The Huffington Post.

According to The Indian Express, approximately 60 percent of people in India do not have access to safe toilets. The people most affected by this are women and girls. They have no other choice but to relieve themselves outdoors. This puts them at a higher risk of getting assaulted or contracting diseases due to a lack of sanitation.

If private toilets exist in a community or neighborhood, they tend to be far and few between. More often than not, many schools in developing regions do not have sanitary facilities. When girls attending school don’t have access to sanitation, they have no privacy to deal with their needs and end up having to miss class when menstruating. This will often discourage girls from going to school at all, to avoid embarrassment and falling behind in school.

However, even if there is access to clean water and a private bathroom, many will continue to use the outdoors. According to The Guardian, particularly in India, many men still prefer to go outside to defecate, even if they have already installed a toilet at home. It gives them a moment of quiet as they survey their farmlands.

The results of using the outdoors as a toilet are negative. The practice continues to pollute already scarce water sources and to spread diseases such as cholera, tuberculosis, and diarrhea. Other health risks include malnutrition and childhood stunting, which impairs 161 million children every year, according to a report by the World Health Organization and UNICEF.

A study released by WaterAid states that nearly 40 percent of India’s children are stunted. Stunting can affect not only their lives but the country’s prosperity in the future. Also, diarrheal diseases kill 700,000 every year.

Despite various governments’ pledges to install toilets in every home, little has been done to improve education about the damages that unsanitary practices cause.

Prime Minister Modi of India has made the issue of sanitation a top priority. In 2014 Modi launched the Swachh Bharat Mission, which translates to Clean India. This project aims to ensure a toilet in every home by 2019 and to teach people about the long-term consequences of using proper sanitation. In order to provide everyone with access to toilets, India would have to build 100 million.

March 22 was United Nations World Toilet Day. There is the hope that the day will increase awareness and educate about the importance of access to toilets.