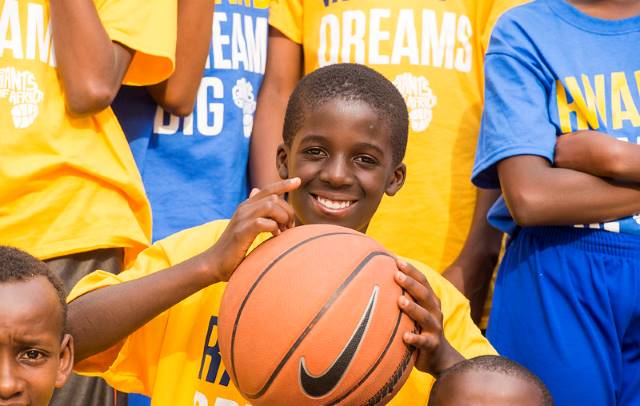 The National Basketball Association (NBA) is known as one of the best leading professional basketball leagues to ever exist. With 30 franchises across North America, the NBA has a large following and media presence with fans and supporters from all around the globe. The top NBA players have lucrative careers that many young people dream of achieving. However, this dream has always seemed out of reach for young people in Africa. Many who play basketball in Africa are unsure of how to pursue a successful athletic career, may lack the access to adequate training and coaching and may not even be aware of the possibility. The NBA has partnered with the International Basketball Federation (FIBA) to create the Basketball Africa League (BAL), the first official league outside of North America. The NBA in Africa could be a complete game-changer, opening up possibilities and positively impacting Africa’s economy.

Though the BAL is the first NBA league in Africa, it is certainly not the NBA’s first interaction with the continent. Basketball Without Borders (BWB), also in collaboration with FIBA, is an international basketball camp that unites youth from Asia, Europe, Latin America and Africa in order to promote the sport and encourage social change. The top youth players train under NBA players and coaches. Life skills training is also provided. It focuses on the importance of education, leadership, development and health. The participation of young women is important to NBA Africa, allowing them opportunities that were never an option before. In 2019, BWB hosted its 17th event in Africa. BWB is much more than just basketball, it helps players develop important life skills that they can take forward.

The NBA’s activity in Africa does not end at the BWB. The NBA Academy is an elite basketball initiative meant to provide high schoolers outside of the U.S with holistic training development. There are six academies across Australia, China, India, Mexico and Africa (Senegal). The Senegal center opened in 2018 and is the primary training location for NBA Academy Africa prospects. The NBA Academy’s holistic approach includes a focus on education. These young people either attend a local public school or receive a scholarship to a local private school. They also receive additional academic support.

Benefits of the NBA Africa

Dikembe Mutombo, a former Congolese-American NBA player, expressed his gratitude and excitement for the BAL. Mutombo was a rare case of an African making it to the NBA. He knows that for many children in Africa, the prospect is out of reach. Masai Ujiri, a Nigerian-Canadian former professional basketball player who is now president of the Toronto Raptors, expressed that the BAL will also allow for new opportunities of employment and revenue in Africa.

Africa’s population is predicted to double by 2050. Accordingly, the NBA in Africa is an especially important part of the development and dreams of the new generations to come. The NBA in Africa will create jobs, revenue and stimulate the economy. The NBA is thus contributing to the alleviation of poverty in Africa.