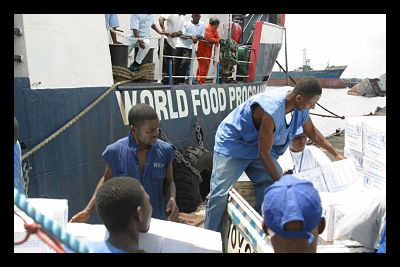 Since the start of the offensive, launched by the Pakistani military, at least 350,000 people have been displaced, with most of them fleeing to the nearby town of Bannu. Unfortunately there is only one refugee camp in Bannu, and it lacks the basic necessities like food, water, and sanitation. Government officials have been urging people to flee the region as soon as they can, but according to the government approximately 80 percent of the 7 million people that live in the Waziristan region still remain in the area. In addition to other problems that typically go hand in hand with refugee crises, children that have been fleeing from the region are at an especially high risk of catching and spreading infections diseases. In addition to this, there at least 200 militant deaths already recorded and, most likely, many more which haven’t.

According to the Disaster Management Authority located in the Waziristan area, only 36,000 families have registered as displaced. Because these are only families that have registered, even higher numbers have been estimated, and the number continues to climb as the conflict continues. The Government of Pakistan announced on June 22 that they would contribute an additional 25,000 tons of wheat to the World Food Program for distribution to those who have been affected by the conflict. USAID has also provided an additional $5.5 million USD to cover the cost of milling, fortifying, and distributing this wheat to those most in need. The food distributed by the World Food Program consists of fortified wheat flour, vegetable oil, iodized salt, and emergency rations of high-energy biscuits for children.

The World Food Program Country Direct in Pakistan, Lola Castro, recently released a statement on the issue: “We are working closely with the national and provincial authorities and civil society and our utmost priority is to provide food to all displaced people in the shortest possible time.” With any luck the World Food Program will be able to distribute this food to those who need it as soon as possible.