Tag Archive for: Bankers without Borders 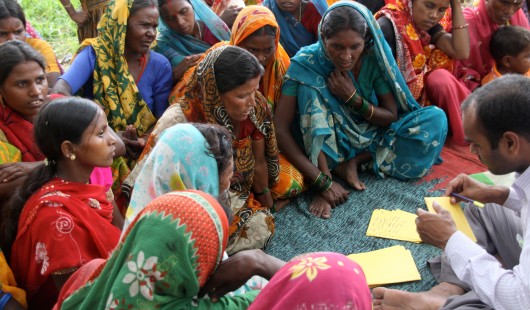 The developing world is constantly in need of skilled professionals to not only provide immediate assistance but also to help train future workers so as to create a sustainable and self-sufficient community workforce.

However, as developing economies grow, there too needs to be financial assistance and instruction. Bankers Without Borders is attempting to propel developing countries into commercial modernity.

The mission of the organization is to enable citizens in developing countries to realize their full economic potential given the proper tools and training.

In 2008, the group realized it could use its expertise to directly help those living in abject poverty.

Bankers Without Borders works as an independent organization and also teams up with local and global businesses to offer educational, financial, and consulting services across the developing world.

The organization utilizes nearly 19,700 business professionals, all of whom volunteer their time to help grassroots campaigns, small businesses, and individual investors and entrepreneurs.

As cliché as it is to say, knowledge is power, and anyone who posses it can reach a higher plane of potential. Those living in poverty certainly have the drive to become financially independent, and Bankers Without Borders is giving them the tools.

By encouraging modern, practical, and useful financial knowledge as well as helping to optimize new businesses, the organization is proving to be a huge relief to developing economies.

Bankers Without Borders hopes that one day those in developing countries can pass on the information learned to the next generation, thereby creating strong and self-sufficient modern economies.

Bankers without Borders started with 100 volunteers but, in the past five years, has grown to include 16,000 business professionals, academics and students coming from over 170 countries, working to increase the impact and sustainability of poverty reduction projects. So far, BwB has used its consulting and coaching to help more than 1,000 projects in 38 countries.

BwB was founded in 2008 by the Grameen Foundation, the original banking organization working through microfinance. Its motive for creating BwB was to expand its services to gain coverage in areas not originally reached by Grameen Bank.

The company reaches out by partnering with other organizations, including nonprofits, Fortune 500 companies or poverty-focused social enterprises. The experts work for free, and the Grameen Foundation likes to refer to them as “Skillanthropists;” rather than donating money, the workers are donating their skills, time and knowledge.

The volunteers’ involvement ranges from sparing a few hours a week at the comfort of their desks at work or home, to living and working in the field for weeks or months at a time. The wide range of skills and commitment BwB requires makes it possible for many people of different skill sets to make an impact through the company.

BwB’s volunteers are involved in a wide variety of fields. These include financial consultants, legal professionals, translators, researchers, a marketing staff and even a Human Resource Reserve Corps to address human capital related issues for nonprofit partners abroad.

From an economic standpoint, BwB continues to prove useful. For every dollar spent creating a BwB project, an average of $10 in skill and time has been donated by its pro bono staff, adding up to over $10 million worth of skilled work.

The volunteers work not to create temporary relief for recipients, but rather to implement a sustainable solution for clients to have successful, profit-making businesses.

BwB has formed many useful partnerships over its five years of operation, notably with J.P. Morgan, Mastercard, Google, Bloomberg, John Hopkins University and the Washington Center. As of August 5, BwB has added Wells Fargo to its arsenal of partnership companies, as well.

From the quickly-expanding volunteer base to the quantitative economic data to the qualitative success stories shared on BwB’s website, it is clear that the Grameen Foundation’s extended project has proven successful.