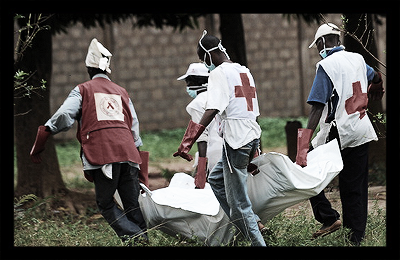 In recent days the year-long struggle in the Central African Republic has been brought to the attention of the United Nations. On December 5, the UN Security Council voted unanimously for French and African forces to “take all necessary measures” in dealing with the conflict. On December 10, a UN spokesperson announced that “more than half a million” people had been “displaced within CAR since the crisis began in December 2012.”

Rebels in the Central African Republic began making assaults against the government in December 2012 before overthrowing former President Francois Bozize in March. Though there was hope that the new leader who was put in place could quell some of the violence in the area, in recent months the violence has escalated into near civil-war conditions.

As it happens, the violence in this region is felt most acutely by those living in the capital city, Bangui. It has been estimated by the UN High Commissioner for Refugees that over 100,000 people living in Bangui have been displaced in the last year. These refugees have been living in dirty camps that leave the people residing in them vulnerable to infections and disease.

On November 25, UN Deputy Secretary-General Jan Eliasson explained that an estimated 1 out of every 3 people from the population of 4.6 million are in need of food, protection, health care, water sanitation and shelter. The UN had previously put forward a $195 million appeal to help in the nation, but it has not even been half-funded as of that date.

Moreover, some of the worst violence in the region has occurred near the northern border with Chad, prompting worries that fighting will spill over into that country. The recent bouts between Christian and Muslims have also raised concerns, with French Foreign Minister Laurent Fabius saying that the country “was on the verge of genocide.”

Mass killings in Bangui have, furthermore, sparked these concerns with the various reports coming out this month.  According to a United Nations report, 450 people were massacred within city in 3 days, while others fled for the refugee camps. Given the hatred that has been fostered in the country, it may be some time before the situation could be settled.

France hopes that it can have a positive impact on this nation it once colonized. French and African Union troops have entered the Central African Republic since the UN Security Council voted to take action within the nation. The troops are working to disarm the various militia groups, with the hope that a stable government could be established.

Though Africa, as a continent, looks to be on the upswing, there are still terrible conflicts happening in the Central African Republic. These conflicts need to be noticed, and with the work that the UN is doing, more people are learning about the situation. With luck, a new year could bring new hope for this beleaguered nation.