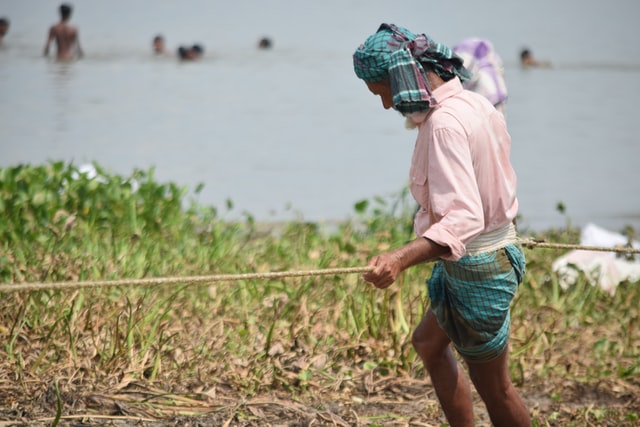 Modern slavery tightly weaves into the fabric of agricultural labor and fast fashion factories all over the world. Globally, three out of every 1,000 people enter involuntary servitude. A disproportionate amount of these workers are women and children who experience multiple counts of abuse and workplace violations ranging from sexual harassment to wage extortion and rape. Many of these workers also do not receive the right or ability to form unions and ensure that their rights obtain protection: but some organizations are working to change this. The Coalition of Immokalee Workers emerged in 1993 in Immokalee, Florida by farmworkers who implemented community-based organizations to prevent agricultural workers from experiencing gender-based violence and human trafficking by their superiors. Their national consumer network, which started in 2000, boosts this organization, and it operates many programs, including the Fair Food Program and the Worker-Driven Social Responsibility Network, which has particularly aided Bangladesh factory workers.

The Fair Food Program is a result of The Coalition of Immokalee Workers partnering with farmworkers, farmers, food distribution companies and supply chains to ensure that the rights of agricultural workers who grow the food that companies sell are protected and guaranteed sustainable living wages and humane working conditions. Founded in 2001, the Fair Food Program is a consumer-driven grassroots effort: farmworkers boycott companies that obtain their products from suppliers perpetuating inhumane agricultural working conditions until they agree to abide by the Fair Food Act, which has companies such as Walmart, Whole Foods, Chipotle, Burger King, McDonalds, Trader Joe’s and several other food and retail companies have signed.

The Worker-Driven Social Responsibility Network has been implemented in locations housing unethical labor practices, including agricultural fields in Florida and sweatshops in Bangladesh. Their mission statement states that protections for human rights must be “worker-driven, enforcement-focused, and based on legally binding commitments that assign responsibility for improving working conditions to the global corporations at the top of [the] supply chains.” The most important policies that distinguish this program from the Corporate Social Responsibility Program are that the workers must be the driving force in voicing concerns and effecting change, not the companies or corporate leaders. Participating brands and companies must sign legally-binding agreements with worker organizations and agree to provide appropriate compensation to agricultural workers, and stop doing business with companies that do not adhere to ethical standards of labor.

Bangladesh is the second-largest clothing manufacturer after China. Textile factory workers in Bangladesh have benefited a great deal from the Worker-Driven Social Responsibility program by signing the Accord on Fire and Building Safety, a legally binding agreement between IndustriALL Global Union, UNI Global Union and several Bangladeshi textile unions. The catalyst for this change was the collapse of the Rana Plaza garment factory in Dhaka, which killed over 1,100 Bangladesh factory workers. The factory produced clothing for retail companies like Walmart, JCPenney, the Children’s Place and many other brands.

Over 190 brands and retailers have signed the Bangladesh Accord including Primark, Adidas, Arcadia Group, Deltex, Hugo Boss, Killtec Sport and H&M. The agreement requires safety training programs, protection of the right to refuse to work in unsafe conditions, independent safety inspections, promoting Freedom of Association (FoA) and getting workers to utilize the Safety and Health Complaints mechanism.

Protecting Workers in the Face of COVID-19

COVID-19 has also been a serious hazard and roadblock for factory workers in Bangladesh. NPR reported in April 2020, that the pandemic has caused 1 million factory workers to lose their jobs, while a quarter of Bangladeshi citizens are already living below the poverty line.

Reuters reported in June 2020 that the Bangladesh Garment Manufacturers and Exporters Association has recently opened a laboratory for garment workers to be tested for COVID-19 after the re-opening of factories, and is also being forced by the Accord to adhere by social distancing regulations while operating.

These regulations to protect the human rights of workers across the world are steps in the right direction. Through further implementation, the corporate supply chain could become a much more ethical place.